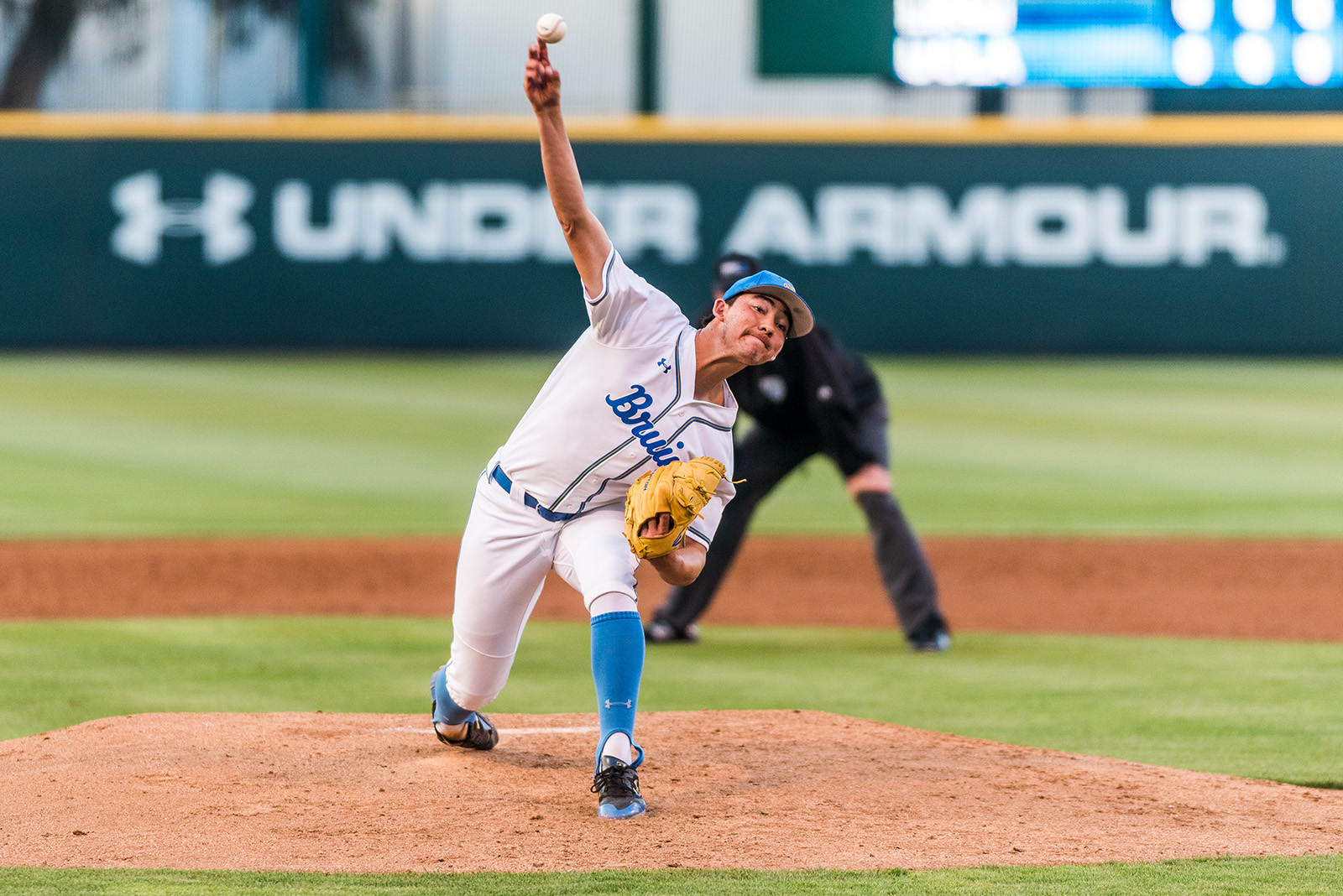 The Bruin bats didn’t make much noise following their quietest weekend of the season.

“It’s four games – we can certainly recover from this,” said coach John Savage. “It’s not a complete disaster, but it needs to be turned around.”

The Bruins put up their lone run on an RBI single in the bottom of the ninth inning from sophomore right fielder Jeremy Ydens, but they could have had a lot more.

Second baseman Chase Strumpf and first baseman Michael Toglia – the Bruins’ top two home run hitters – each came to the plate with the bases loaded and their team down by four, but both sophomores struck out looking. A third straight Bruin batter struck out looking to end the game.

Savage called the bottom half of the ninth tough to watch.

“Disappointing, in terms of how we competed at the end,” Savage said. “We just like to see them swing the bat.”

Redshirt sophomore starter Jack Ralston didn’t make it out of the fourth inning, in which the Dirtbags poured on all 5 of their runs. Ralston gave up an RBI single and an RBI groundout before Savage lifted the righty for sophomore lefty Nick Scheidler.

Scheidler hit the first batter he saw and then gave up a 3-run shot to left field, putting Long Beach State up 5-0.

The Bruins answered in the bottom of the inning with a pair of line drive singles and a walk to load the bases. Sophomore catcher and No. 9 hitter Will McInerny added another liner in the frame, but this one was one-hopped, and turned into an inning-ending double play by the Dirtbags’ second baseman.

Strumpf got a rise out of the crowd in the eighth inning when he sent a towering fly ball into left center field, but the power-hitting second baseman got an even bigger rise out of Long Beach State left fielder Tristan Mercadel, who leapt over the wall to rob the would-be homer.

“I feel like that was the story of the game,” Strumpf said. “Coming off a weekend where we didn’t really score much, we have a few scoring opportunities and we couldn’t cash in this game, and that was just kind of adding onto the fire of us not being able to score.”

Had the ball cleared the wall, Strumpf’s on-base streak would have been extended to 32 straight games.

“It was a really good play; got to tip my cap to him,” Strumpf said. “But it was a bummer.”