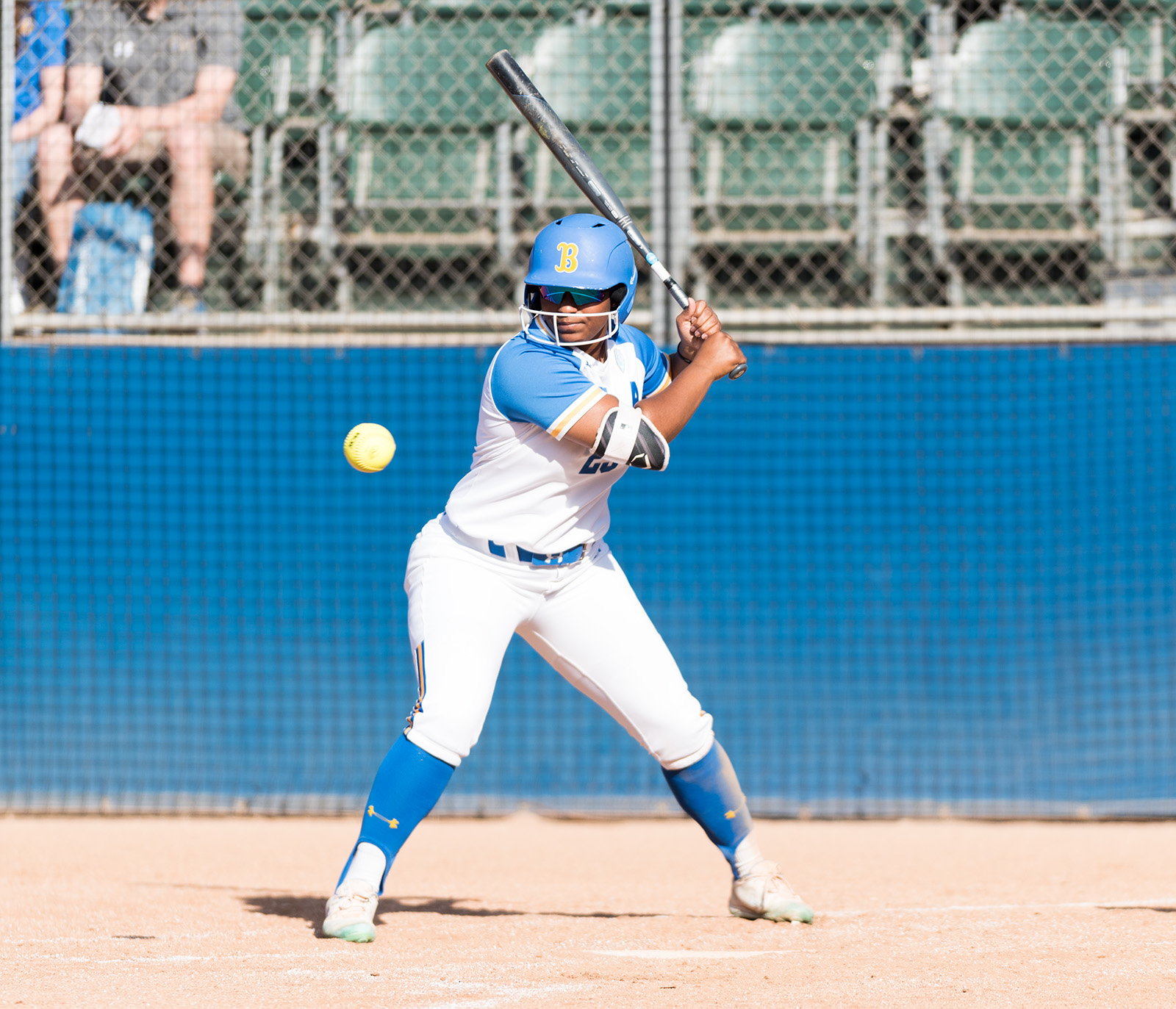 The Bruins, Huskies and Ducks have topped their conference all year, and heading into the last weekend of Pac-12 play, the Ducks and Bruins are both within spitting distance of a conference title. (Liz Ketcham/Daily Bruin)

While UCLA is the current No. 1 team, Washington and another Pac-12 team, No. 2 Oregon (44-7, 18-3), will continue to be the two teams UCLA has to watch out for heading into the postseason.

Washington grabbed the top spot from No. 3 Oklahoma after the Sooners hoisted last year’s NCAA trophy. The Huskies stayed at the top of the rankings for two months.

“Washington has all parts of the game,” said coach Kelly Inouye-Perez. “If you look at the series when we played them, it wasn’t necessarily about the offense – it was more defense and pitching.”

The Huskies have the fewest errors out of any team in the Pac-12 with 26, and their .981 fielding percentage leads the conference in that category. In the circle, Washington has the second-lowest team earned run average in the conference at 1.15, and has the least amount of hits allowed at 197. Its duo of pitchers Taran Alvelo and Gabbie Plain have a combined record of 37-8 with ERAs of 1.14 and 1.11, respectively.

Their two-monthlong tenure as No. 1 came to an end when the Bruins swept them in late April. One weekend later, the Huskies suffered another sweep against the Ducks, which made them fall to No. 6 in the most recent rankings.

UCLA’s sweep of Washington made it the new top team in the nation, and it has stayed at the top ever since.

The Bruins boast the best team batting average in the Pac-12 at .347. They have three players batting over .390, including redshirt sophomore left fielder Aaliyah Jordan, who currently leads the conference at .467.

“Hitting is so spread out on this team, which is a big part (of) why we’re finding such great success,” Inouye-Perez said. “Different people stepping up at different times is a big part of who we are.”

The Bruins rank fourth in team ERA at 1.76 and have an underclassman duo of redshirt sophomore pitcher Rachel Garcia and freshman pitcher Holly Azevedo, who have one loss between them to go with 34 wins.

Although Oregon has never seen time as the No. 1 team, it took two out of three against UCLA, including being responsible for the Bruins’ only shutout loss this year, as well as sweeping the Huskies on the road.

The Ducks and Bruins are currently tied atop the conference standings with one week remaining in the regular season. UCLA will host No. 8 Arizona State, and Oregon will travel to No. 24 California to close out the regular season.

UCLA has the chance to claim the Pac-12 championship title for the first time since 2009.

“That’s something I’ve wanted to do since my freshman year,” said senior right fielder Madeline Jelenicki. “It’s obviously a big team goal to try and bring that into the postseason.”