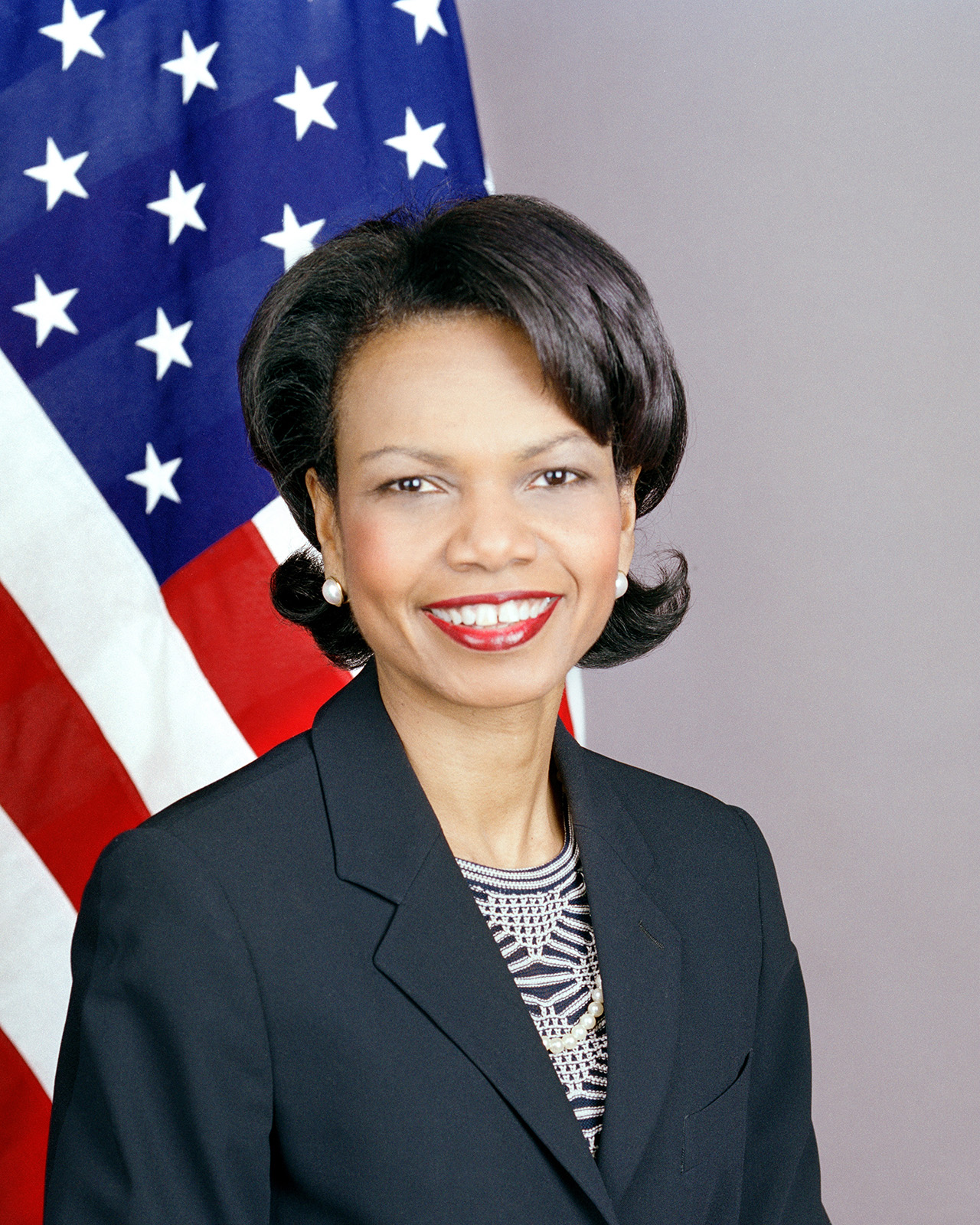 Condoleezza Rice, who served as U.S. secretary of state in former President George W. Bush’s administration, said at an event Friday businesses face a variety of risks, including cybersecurity attacks and geopolitical tensions. (Creative Commons via Department of State)

A former United States secretary of state said at an on-campus event Friday she thinks the U.S. should double its efforts to promote democracy abroad in order to increase economic stability worldwide.

Condoleezza Rice, who served in former President George W. Bush’s administration, talked about the international development projects she thinks the U.S. should pursue at a forum hosted by the Burkle Center for International Relations in Carnesale Commons. Rice and Amy Zegart, a professor of political science at Stanford University, also talked about their new book “Political Risk: How Businesses and Organizations Can Anticipate Global Insecurity,” which advises businesses on how to deal with risks, such as foreign government actions and internet hacking, from political actors.

Rice and Zegart said there are unprecedented risks that successful businesses need to anticipate, including cybersecurity and public relations risks.

Zegart said social media can contribute to political risks, especially when companies use it to address problems that place them in the public spotlight. For example, Starbucks Corp. CEO Kevin Johnson issued a statement claiming full accountability after the company received widespread attention for the arrest of two African-American men in one of its coffee shops in Philadelphia after they were asked to leave for not purchasing anything.

“If companies can use social media to show that they care when something bad happens, it can mitigate risk,” Zegart said. “Companies that can and know how to use (social media) can benefit.”

Rice said the geopolitical landscape is constantly changing and that online interference in businesses and governments poses a real threat.

“You look around the corner and it’s the Russian government using a social media platform to interfere in your political race, and that’s political risk,” she said.

Zegart said changes in the international political landscape in combination with cyber risks can cause both large and small businesses to falter or fail if they do not anticipate problems. She added political threats can affect businesses that operate on a global scale if they are unaware of weak security points in their supply chains.

“Cyber threats are a risk to every company in every industry, not just big companies, so everything from trade security to (movie) scripts, these things are vulnerable to an array of nefarious actors,” Zegart said.

Students who attended the event said they learned more about the relationships between governments and businesses.

Sahej Verma, a second-year global studies student, said he attended the event to hear more about why global businesses invest in countries with weak infrastructures.

“Some businesses choose to invest where there’s no rule of law and fair courts don’t exist, but they still invest there because they can make money off of it,” he said.

Carlos Hernandez, a graduate student in business administration, said he learned more about how international treaties and various global threats affect the U.S. He added he had not previously considered the role certain countries, such as Mexico, can play in contributing to business risks.

“There were really key insights that I hadn’t heard before, especially our lack of attention to the neighborhood, for example, Mexico, which is right across the border,” he said. “So it’s not just something that’s happening in China, Iran or Russia, it’s also here and very close to home.”

Kathryn Li, a graduate student in business administration, said she thinks it is important for students to understand political risk and international affairs because the world is interconnected and global events affect individuals in the U.S.

Zegart said it is important for business leaders not only to understand political risk, but to be able to manage it.

“Risk is a cost center that is often relegated to the risk people (in companies),” she said. “One takeaway from the book is that risk needs to be taken seriously, and change needs to come from the top.”