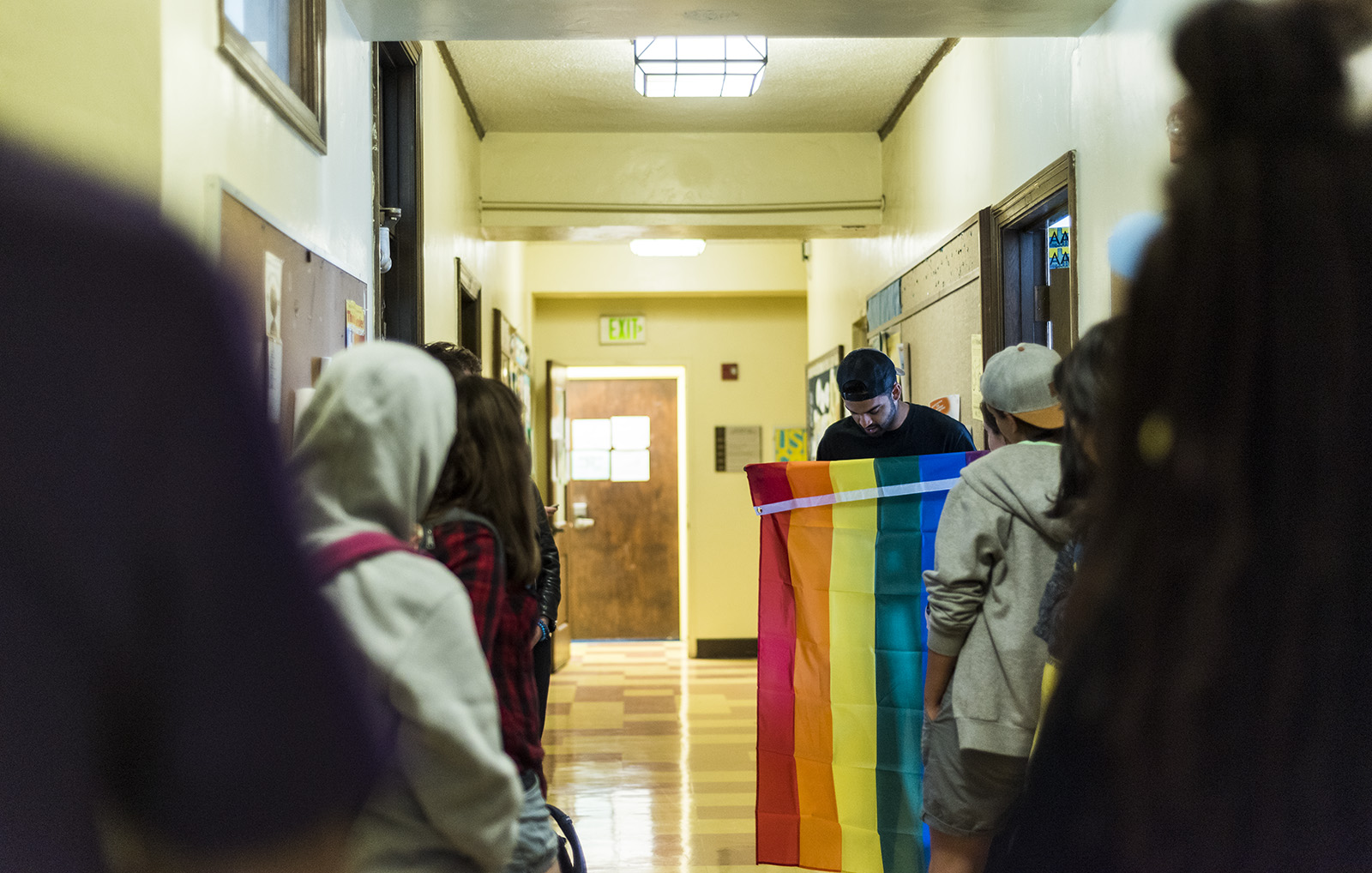 The Undergraduate Students Association Council Academic Affairs Commission’s door was vandalized with a homophobic slur. This is the second time the office has been targeted in the past few weeks. (Anna Moreno-Takegami/Daily Bruin)

This is the second time Sharma’s office was targeted in the past few weeks. A pride flag that was hanging in front of the office’s door was stolen, and Sharma installed a new flag Wednesday.

Sharma said he is angered and disappointed with the incident and plans to respond by holding programs to educate students about the lesbian, gay, bisexual, transgender and queer community.

“The reason why this happens is because of ignorance and lack of understanding of the LGBTQ community,” he said.

Sharma said he plans to work with the university and other campus organizations by donating money to the UCLA LGBT Campus Resource Center and creating an allyship training program.

Sharma added he also wants to implement a new student orientation course about the LGBTQ community, similar to the sexual violence, sexual health and alcohol and substance abuse courses incoming students are currently required to take during orientation.

Nidirah Stephens, next year’s commissioner, said she thinks hate crimes are happening because perpetrators feel they can get away with committing them. She added she plans to advocate for cameras to be installed in Kerckhoff Hall.

Sharma said his office will keep the slur on the door as an act of resistance until his term ends.

“We believe we are far more powerful than a word could ever be,” he said.

Sharma said he has filed a report with UCPD, and the department said it is currently investigating the incident.