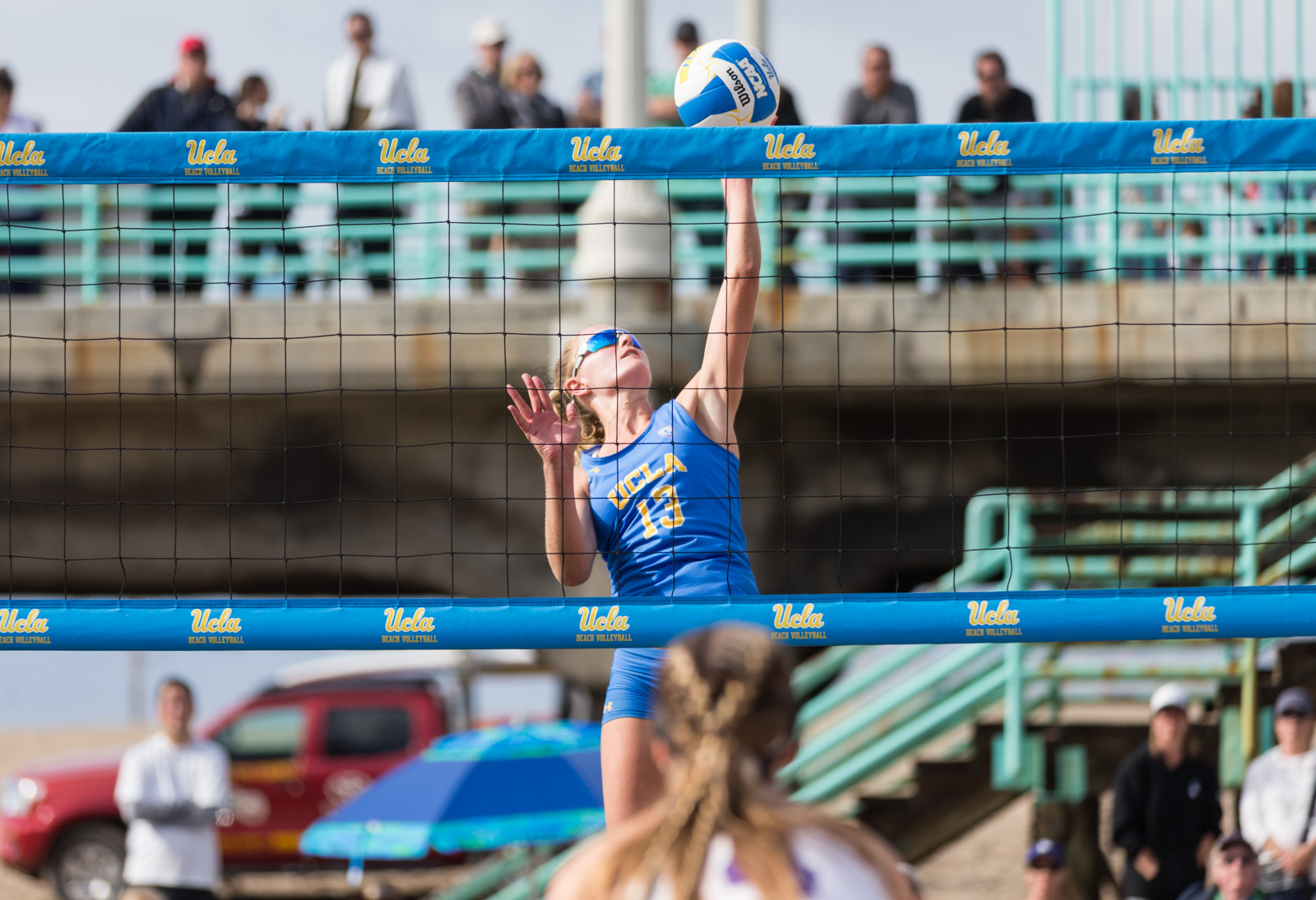 Last season, the Seminoles knocked the Bruins out in the NCAA championship for the second straight year.

That same script played out again.

No. 1-seeded UCLA beach volleyball (36-4) fell to No. 4-seeded Florida State (32-6) 3-1 in the second round of the NCAA championship, but the Bruins’ chances at a national title are still alive as they enter the elimination bracket.

Florida State jumped out to a 1-0 lead as junior Izzy Carey and freshman Megan Muret fell 21-16 and 21-19 on court five. The No. 1-ranked fives pair strung together a school-record 28-match win streak throughout the season, but has since then dropped three consecutive matches.

On court one, juniors Nicole and Megan McNamara won in both sets 21-19 to knot the dual up at 1-1.

However, in the matter of seconds, junior Zana Muno and sophomore Savvy Simo dropped their second straight set on court three to give Florida State a 2-1 lead.

After losing the first set 21-18 on court four, senior Elise Zappia and freshman Mac May had the opportunity to take the second as they held a 20-19 lead for match point.

The pair had seven match point chances, but the Seminoles tied it seven times. May dove after a floater from Florida State’s Brooke Kuhlman in an attempt to keep the Bruins’ 31-dual win streak alive, but the Seminoles took the match 28-26 to clinch the dual.

Justine and Sponcil were unable to defeat the No. 2 twos pair of Katie Horton and Hailey Luke this season. The duo is now 19-0 for the Seminoles.

The Bruins will now have to play an extra dual in the contenders bracket for a shot at the title game and will face No. 7-seeded LSU on Saturday.