Women’s water polo falls to USC, in danger of not making NCAAs 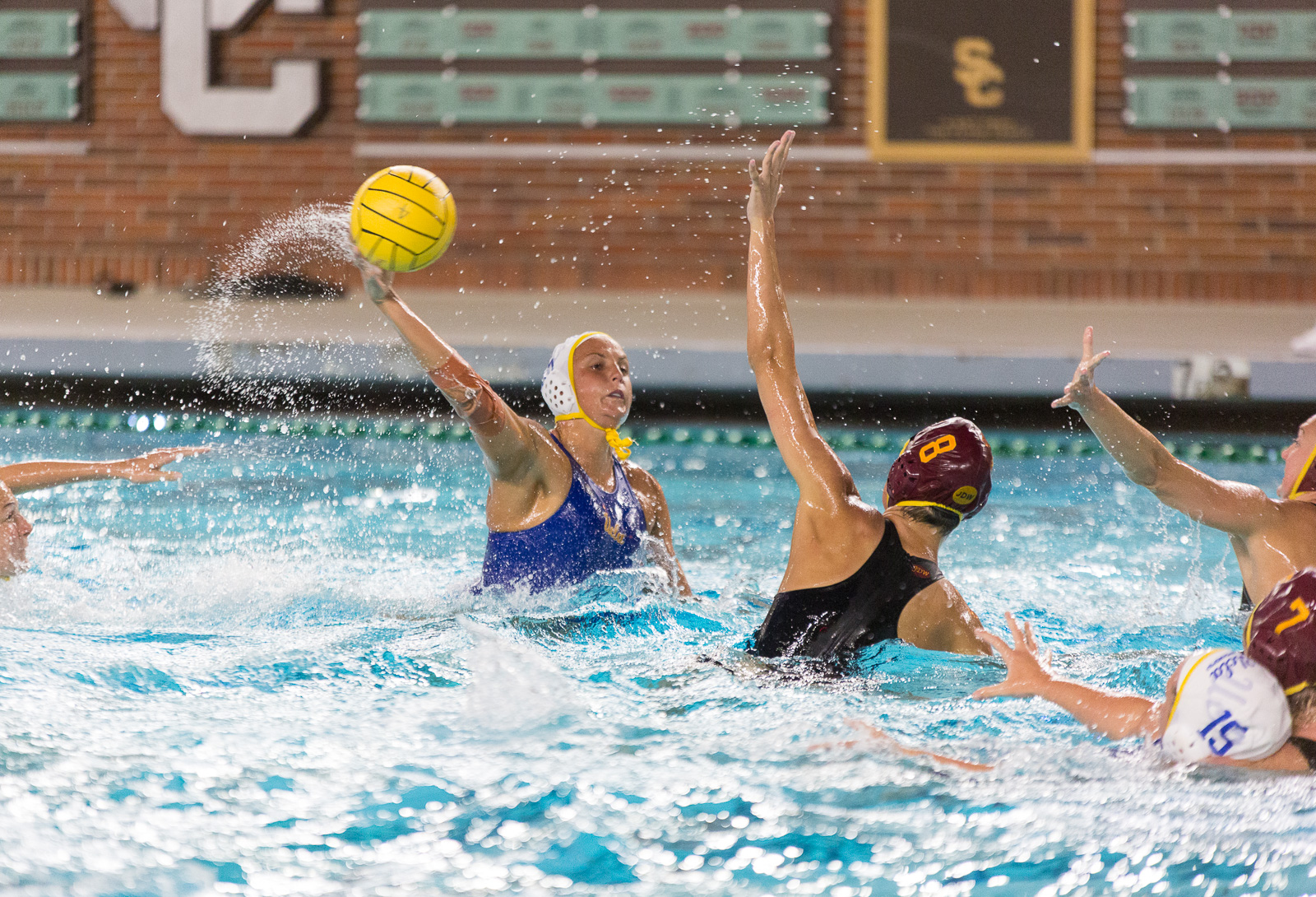 In doing so, it also failed to defend its 2017 conference title.

The No. 4 seed Bruins lost to the No. 1 seed Trojans by a score of 13-10 in the semifinal of the Mountain Pacific Sports Federation conference championship on Saturday. The loss ends UCLA’s quest for the conference title and decreases its odds of earning a bid to the NCAA Tournament.

The Trojans scored 1 minute into the second quarter. After many missed shots, USC found the back of the net once again before UCLA could answer. With less than a minute and a half left in the first half, sophomore attacker Bronte Halligan took advantage of a 6-on-5 situation to make the score 4-3. USC answered 15 seconds later and went into halftime leading 5-3.

The third quarter saw the most scoring of the game, with five of the quarter’s goals occurring within roughly 60 seconds. The Trojans scored a total of four times in the quarter, answered by 3 goals by UCLA. Musselman and Halligan continued their hot streaks, with 1 and 2 goals, respectively, in the third period. The third quarter ended with USC leading by a score of 9-6.

The Trojans scored first in the final quarter, and redshirt junior attacker Grace Reego scored shortly after to bring the Bruins back within 3. USC scored four times in the fourth quarter. Halligan scored her fourth goal of the day late in the game, while sophomore attacker Emily Skelly and freshman attacker Lexi Liebowitz each scored their first, bringing the final score to 13-10.

The Bruins will play Sunday in the losers bracket for a chance at third place. They will play the loser of the game between California and Stanford, which will take place Saturday evening. UCLA has failed to best Stanford this season and split its two meetings with Cal.