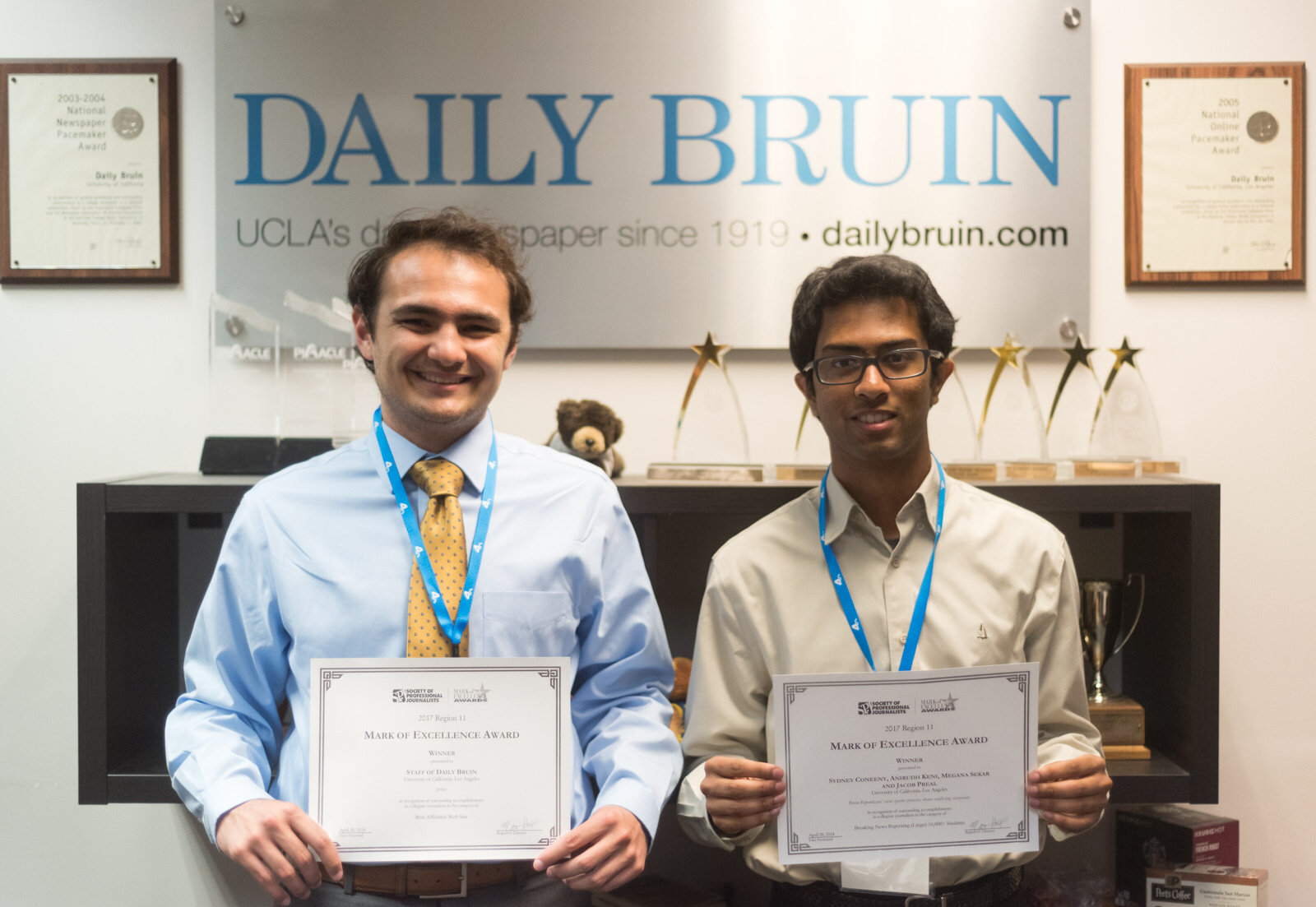 The Daily Bruin earned more than a dozen awards across several categories at a regional journalism competition Saturday.

The Bruin received multiple accolades for sports writing and multimedia projects at the Society of Professional Journalists Regional Conference in Universal City, California, totaling six first-place awards and was a finalist in eight other categories. Reporters were also recognized for their breaking news coverage of student protests after the Bruin Republicans’ event featuring Ben Shapiro and the Skirball fire last December.

First-place winners in the SPJ Region 11 awards will advance to the national level and national winners will be announced at a SPJ conference event in September.