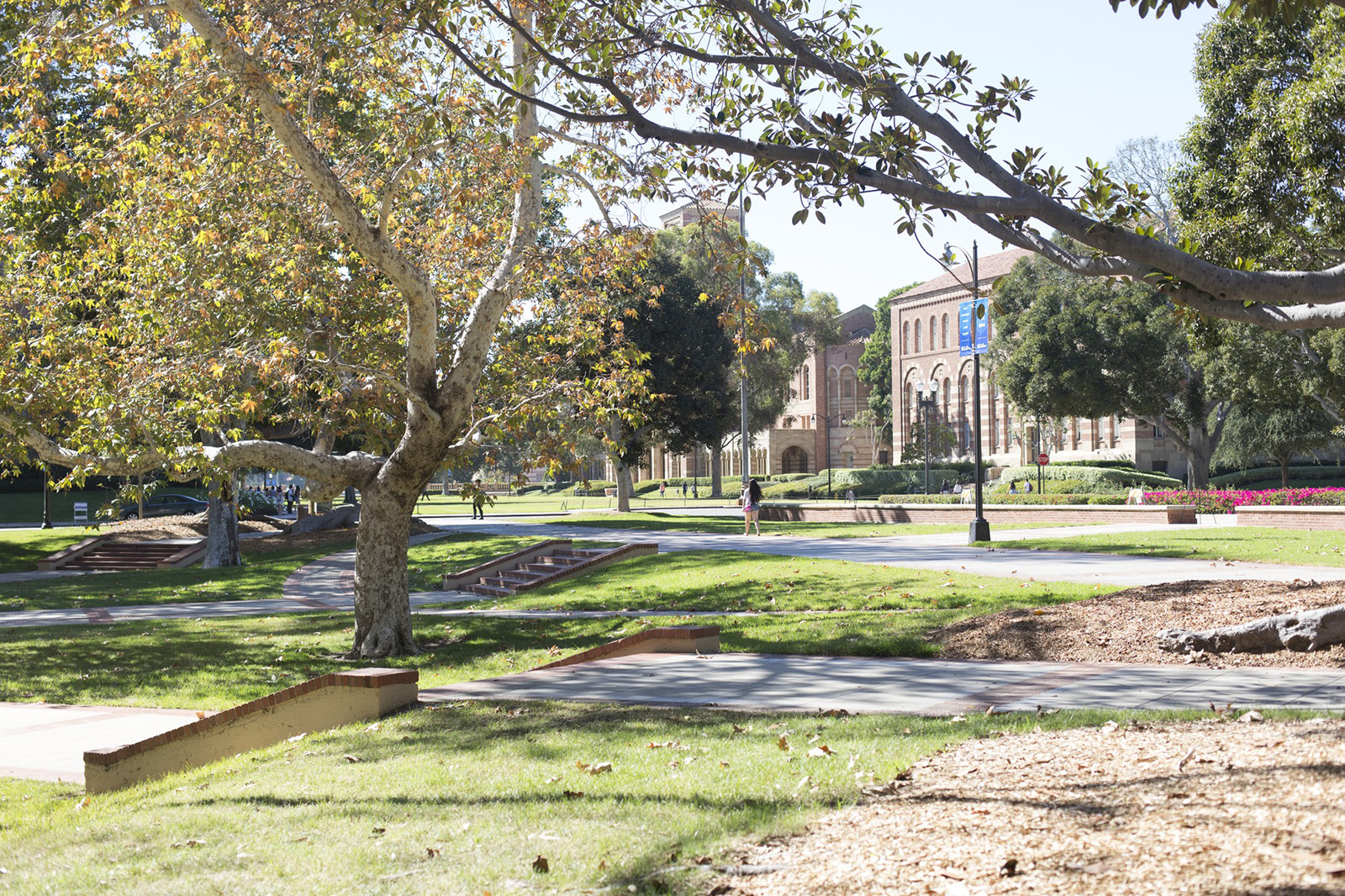 UCLA’s philosophy department has a stark gender disparity, with few women occupying faculty positions. The department has made efforts to address this; it just doesn’t publicize them. (Daily Bruin file photo)

Last quarter, I made my way across Dickson Court en route to a picturesque bastion of academia: Dodd Hall. I was headed deep within the building, where I would attend my lecture on 20th-century philosophy. But something held me back – my feet were made of lead and my heart just wasn’t in it, so I didn’t go.

As one of about five women in a course of approximately 40 students, I felt out of place. This is not all that surprising given the gender disparity within the philosophy major, a national phenomenon that people have started to pay attention to.

A project funded by the American Philosophical Association shows that in 2011, women comprised less than 20 percent of philosophy faculty within academia. And while these numbers have been improving over the past seven years, the field needs to see some changes.

Alarmingly, this isn’t just a gender issue. Minority groups are typically underrepresented in philosophy programs as well, said Kim Johnston, a graduate student of philosophy at UCLA and member of Minorities and Philosophy, a group that addresses issues of minority participation within universities’ philosophy departments.

A similar gender gap is apparent within STEM fields. But those fields have taken a publicly proactive stance to address gender disparity. Over the past 40 or so years, science and mathematics programs have pushed for the support of women within their respective fields and have seen progress. Furthermore, the issue is usually common knowledge.

The same isn’t true for the gender disparity in philosophy. Even at UCLA, only six out of 20 members of the philosophy faculty are women. The disparity is exacerbated in certain areas of study like metaphysics, Johnston said.

The department has been using new hiring strategies for three years, said Seana Shiffrin, chair of the philosophy department. Shiffrin added that two of the last four new hires have been women. One wouldn’t know that, though, given how under-the-covers the initiatives have been.

The philosophy department at UCLA should follow in the footsteps of STEM fields to make women more comfortable pursuing their interests. By advertising efforts that are already underway, such as hiring greater numbers of women to teach and research, as well as by acknowledging the reality that there is an issue, UCLA can tangibly make a difference in the representation of women in its philosophy department.

While some student clubs do exist, such as Feminist Theory Reading Group and MAP, much more work needs to be done by the department not only to continue to support these student-led groups, but also to promote their efforts and set an example for the field at large.

For example, Princeton University hosts mentor programs for women in graduate philosophy departments. Though many professors at UCLA attend and mentor at these events, UCLA itself doesn’t actively promote any similar programming.

This makes it seem as though the philosophy department doesn’t care about the issue of gender disparity. But that just isn’t true.

The department has taken strides such as providing more support for faculty and graduate students with families, successfully recruiting more women to the graduate program, and inviting a greater diversity of lecturers and speakers to the university, Shiffrin said. Even courses that include gender-conscious curricula aren’t marketed as such for students. These worthwhile efforts shouldn’t be kept secret at the expense of the women this programming is meant to serve.

Graduate students, in combination with some faculty members, have done a commendable job of mitigating the issue in the classroom, even developing best practices for teaching in an inclusive manner and taking steps to diversify syllabi, Johnston said.

These efforts suffer if women at UCLA aren’t aware of them in the first place. Efforts within the STEM field have been successful because of the attention focused on the issue of debunking the stereotypes that hurt women’s ability to study in the field.

It’s true that a philosophy degree can’t compete with STEM degrees in terms of payout, but as one of the highest-paying humanities degrees, it’s concerning that women aren’t better represented. This might seem like a mere issue of interests – maybe women just don’t like philosophy. But according to a study published by Hypatia, a feminist philosophy journal, the number of women pursuing a bachelor’s degree in philosophy has a positive correlation with the number of women among philosophy faculty at university. This suggests that the gender disparity isn’t merely a lack of interest or passion, but something about the culture of departments themselves.

And UCLA’s philosophy department has taken note. With proper community outreach and advertisement of its efforts, the department can help women philosophy students at UCLA feel more welcome pursuing the field.

Philosophy already seems inherently inaccessible as a field best known for its intricate arguments and technical verbiage. There’s no reason to make women in the department feel like no one is paying attention to their struggles.