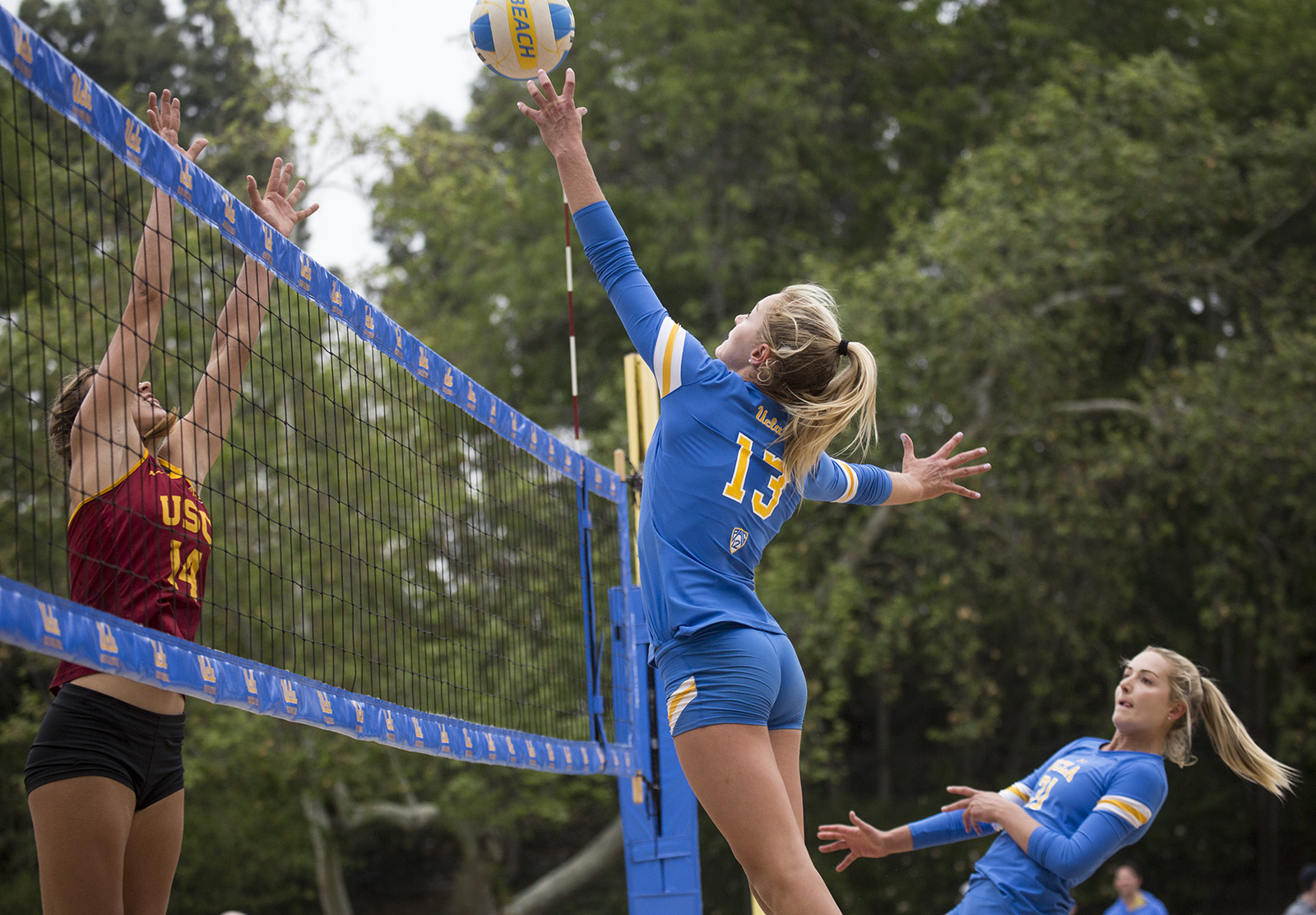 The Bruins still have not lost a match. They haven’t even dropped a set.

No. 1-seeded UCLA beach volleyball (32-3) breezed past No. 4-seeded Stanford (17-12) on Friday afternoon for its second consecutive sweep in the Pac-12 championships. The Bruins extended their win streak to 28 and advanced to finals of the winner’s bracket.

Juniors Megan McNamara and Nicole McNamara dominated 21-12 and 21-13 on court one to put the Bruins up 3-0. The pair took advantage of the overpass by Stanford’s Courtney Bowen for a kill down center court to seal UCLA’s victory.

The dual was the fourth meeting between the two teams this season. UCLA won 4-1 earlier this month in Stanford.

It was the first time the McNamara sisters faced the Cardinal’s new No. 1 pair, who had not moved up to court one until Stanford’s opening dual in the conference tournament.

To put the Bruins on the board first, senior Elise Zappia slammed a highline kill on match point on court four.

Junior Izzy Carey and freshman Megan Muret garnered UCLA’s second point, winning both sets 21-14. Stanford’s pair Shannon Richardson and Blake Sharp kept the second set back-and-forth. However, the duo ended the match with two errors – a swing into the net and a hit that floated out of bounds.

The Bruins will return to action tomorrow morning to face No. 2-seeded USC. The Trojans defeated No. 3-seeded California 4-1, escaping close three set matches on courts three and five.

USC has maintained the same lineup for the majority of its season, but swapped its No. 4 and No. 5 pairs when UCLA defeated them earlier this month.

Should UCLA win this matchup, the Bruins will await the winner of the contenders bracket, and could potentially face USC again in the championship dual.