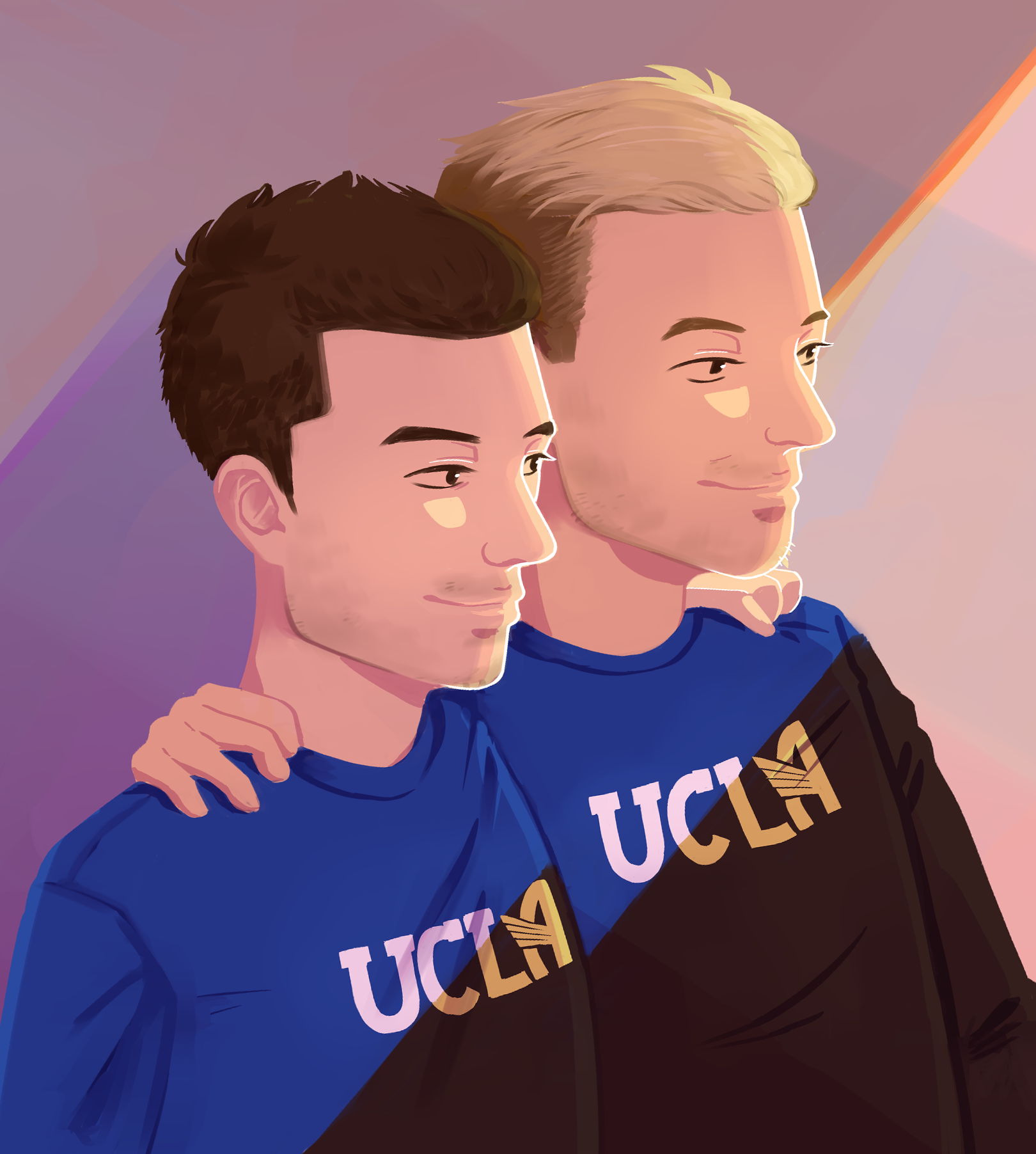 The pair of Bruins would meet the following summer while Feilhaber, a walk-on, was vying for a spot on the roster and Harvey was readying for his second season at UCLA.

“When I came in, (UCLA) had just won a national championship so it was the best soccer school in the country and there were a lot of quality players,” Feilhaber said. “I remember when I found out that I was staying on the team how excited I was. That was probably one of my strongest memories here.”

Feilhaber and Harvey spent two years together as Bruins, and in that time the team went 35-6-3, including an appearance in the 2003 NCAA quarterfinals before losing 2-1 to Indiana.

Now, after almost a decade and a half apart, the two Bruins have been reunited. This time the duo will play for Major League Soccer’s newest addition to its Western Conference – the Los Angeles Football Club.

The Bruins originally parted ways when Feilhaber moved on from UCLA to play for Hamburger SV II, a professional soccer club in Germany, after the Bruins’ 2004 season.

Then just 20 years old, Feilhaber said his first year in Germany was the most trying time in his life.

“That first year that I was in Germany, it was my first year as a pro player,” Feilhaber said. “I moved to a country extremely far away from my friends and my family. I knew nobody over there. It was a tough time.”

The midfielder spent three years with Hamburger SV II, appeared in 49 games and scored three goals. Since then, he has played for six more professional teams in both Europe and in the MLS.

While Feilhaber’s pro soccer dream took him to a different continent, Harvey’s initially took him just a half-hour drive away. He left UCLA to join the Orange County Blue Star, a United Soccer League development team, in 2005.

After his single year with the Blue Star, Harvey was drafted as the ninth overall pick in the 2006 MLS draft by the Colorado Rapids.

Harvey then played for two more MLS teams until 2011, when he found himself on the newly minted Vancouver Whitecaps FC. The Whitecaps were an expansion team at the time, and Harvey spent six years with them between 2011 and 2017.

“Vancouver was the most memorable time in my life,” Harvey said. “I got engaged, got married, had a child and it was probably the best years of my career.”

In the six years Harvey spent with the Whitecaps, the defender made appearances in 179 games and played more than 15,000 total minutes.

In total, the two former Bruins have spent the last 14 years playing for 12 different clubs in five different countries, and they both credit their time at UCLA for preparing them for their professional careers.

“At the end of the day, (UCLA) really set me up for success on the professional level,” Harvey said. “I think you can see anybody, especially in soccer, who comes through UCLA – they’re set up for good.”

In fact, Feilhaber said he wouldn’t have even chased a professional career if it wasn’t for the time he spent as a Bruin.

“I came (to UCLA) at most trying to play soccer in college … and maybe get a scholarship,” the former walk-on said. “But that changed pretty quickly over the almost two years that I was here. It set me up for being a very competitive person.”

This is the second time in his career Harvey has been a part of an expansion team – the Whitecaps being the first – and though he said it can be a rocky experience, he expects his time in Los Angeles to be slightly smoother.

“I think this was a huge opportunity for me to come into an expansion team, create something new and not go through the same growing pains that most expansion teams go through,” Harvey said. “They have their stuff together.”

The 2018 MLS season is now well underway, and after six consecutive away games, LAFC will have its official home opener Sunday at Banc of California Stadium. And just as they did so many years ago, the names Harvey and Feilhaber will again line the same roster.