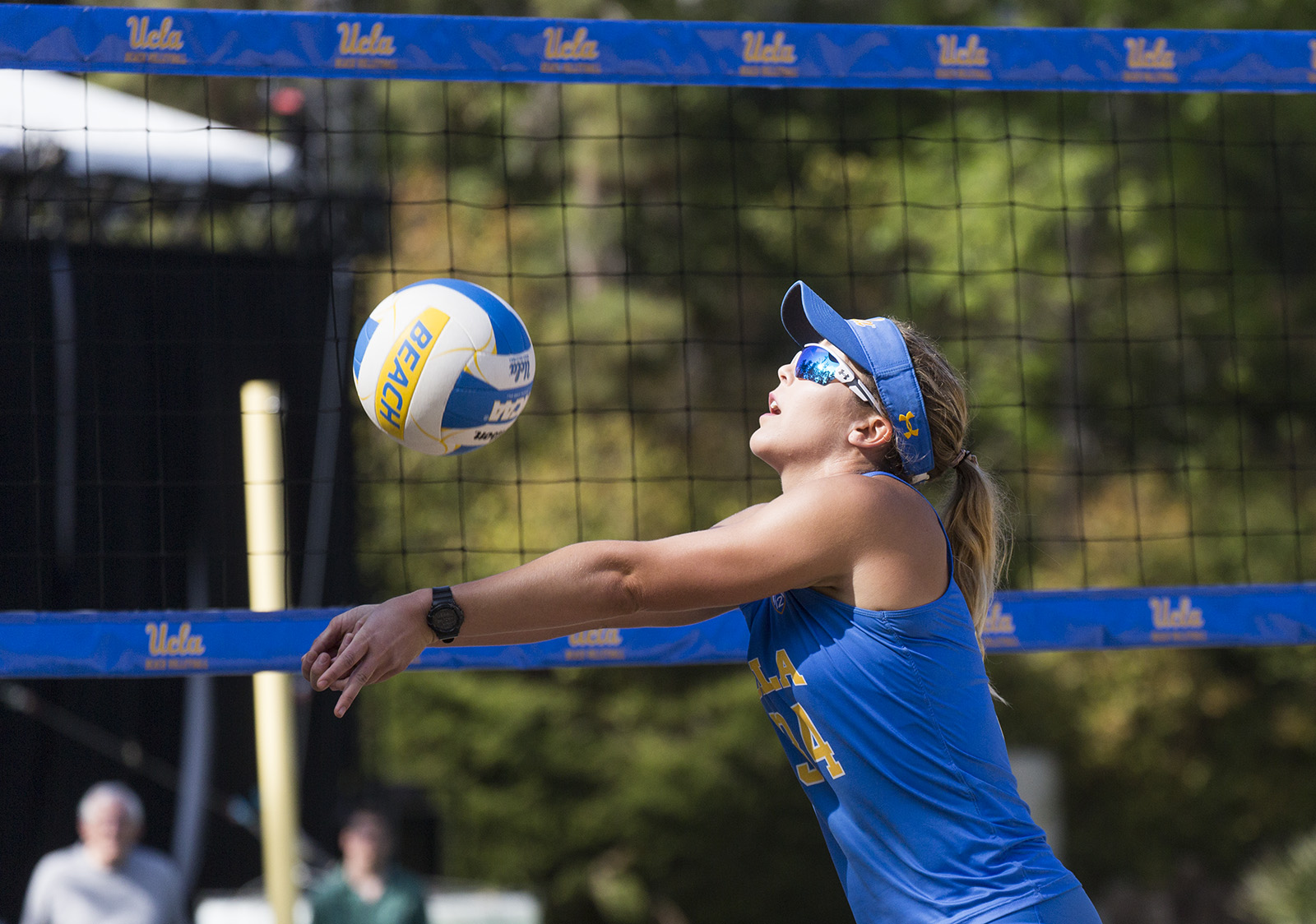 The Bruins are the No. 1 seed in the Pac-12 championship and the No. 1 team in the national rankings for the first time in program history. Though the top seed usually comes with added pressure, junior Megan McNamara said it’s increased the team’s confidence.

“It really shows how hard we’ve been working this year,” McNamara said. “I think that we have the deepest lineup, and we have the best ball control. … We really are the team to beat this year.”

No. 1 UCLA beach volleyball (31-3) fell to No. 5 USC (22-10) in the finals of the 2017 Pac-12 Tournament, but the Bruins will have another opportunity to take the conference crown at Stanford’s Beach Volleyball Stadium from Thursday through Saturday.

“We feel confident going up against anybody right now and USC is no different,” said coach Stein Metzger. “It’s not a guarantee that USC will be in the finals or that we’ll be in the finals, … so we’re not taking anybody lightly.”

UCLA ended the regular season with just three losses and is in the midst of a 26-match win streak. The Bruins’ only three losses came from three top-five teams: Pepperdine, Hawai’i and USC.

UCLA’s first match of the Pac-12 Tournament will be Thursday against the winner of the matchup between No. 8 seed Utah and No. 9 seed Oregon. Neither team faced UCLA in the regular season.

If UCLA advances, it will face either No. 4 seed Stanford or No. 5 seed Arizona. The Wildcats were the runners-up to the 2016 Pac-12 title. Both of these teams have suffered defeats to both the Bruins and Trojans in 2018.

Though the Trojans are the reigning two-time Pac-12 champions and three-time national champions, UCLA has a 2-1 advantage over USC this year.

The Bruins picked up a 3-2 win in the most recent rivalry matchup and, although the two rivals split a pair of matches in just the second week of the season, senior Elise Zappia said UCLA was still adjusting to competitive play.

“That was a time when I think we were still figuring out partnerships and what our playing style is in general,” Zappia said. “It was very windy at (Zuma Beach in Malibu) as well, and I don’t think we were prepared for that as much as we are now.”

Although the tournament is expected to see up to 12 mph winds, McNamara said the Bruins are not going to let the wind throw them off their game.

“They always say the wind is the great equalizer because, when it’s super windy, you don’t really know what can happen,” McNamara said. “But we’ve played in a lot of wind this year, and we drove down to the beach on windy days almost every week. … We’re prepared for anything.”

Since the 2013 inception of the program, UCLA’s winning percentage has increased each year. Zappia said the time is right for the Bruins to take their first-ever titles.

“I would love to end my UCLA career with an NCAA championship,” Zappia said. “I think that this has been six years in the making since the program started, and we’ve all worked really hard. … All we can do now is trust our preparation and let the chips fall where they may.”