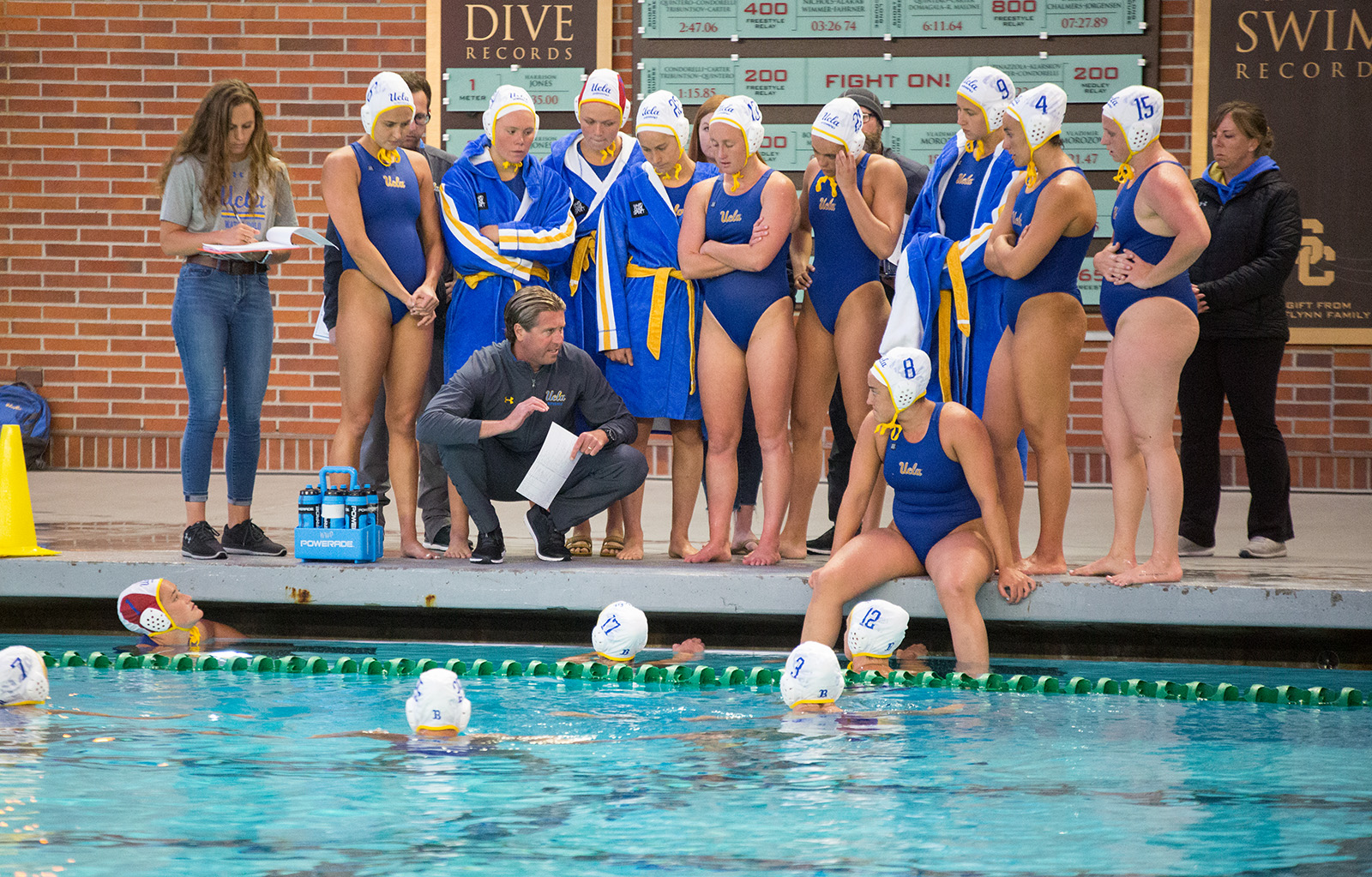 Coach Adam Wright is currently in his first season with the UCLA women’s water polo team. The Bruins have gone 21-5 on the season and will begin the postseason Friday. (Grant Mooney/Daily Bruin)

UCLA women’s water polo has finished its regular season schedule, and is now looking to see if it has invested enough to be victorious in its postseason.

“Only time will tell what will happen this year,” said coach Adam Wright. “You can only gain confidence from an investment, and we are going to see what they have invested this season.”

The No. 4 Bruins (21-5, 2-3 MPSF) will next play when they travel to Berkeley to compete in the Mountain Pacific Sports Federation championships this weekend. UCLA will play No. 5 seed Arizona State on Friday and will play again Saturday regardless of the outcome of the first game. Last season, UCLA won the MPSF title after a 6-3 victory over Stanford.

The Bruins’ final game of the season ended in an 11-5 loss to the Trojans.

“How we come back and begin to prep for the postseason says a lot about the team that we are,” Wright said.

“Our goal is to arrive to the postseason games with no lost confidence,” said senior attacker Devin Grab. “No past outcome will change the way our next games will go.”

The weekend following the MPSF championships, USC will host the NCAA championships. Last season, the top-ranked Bruins advanced beyond the Trojans and the Golden Bears in the NCAA bracket, but ultimately fell to the second-ranked Cardinal in the championship game. The Bruins are hopeful they will receive a bid for the tournament.

“Now it is about winning each game,” said sophomore attacker Bronte Halligan. “Our (postseason is) on the line every game we play now, which isn’t a bad thing. I believe that this team has grown this season, but it still has a lot more room to grow.”

The last time UCLA won the NCAA tournament was in 2009, which was the fifth and final year of the Bruins’ national-title win streak. With seven wins, UCLA holds the largest number of team titles since the introduction of the NCAA championships in 2001. Since 2009, UCLA has been in the final four of the tournament each year, but has failed to clinch the top spot.

Wright led the UCLA men’s water polo team to a national victory earlier this year as its coach. When he took on the women’s team, its members were interested to see if he could repeat the same success with them.

“The win that the boys had last season was something really special,” Halligan said. “And having the motivation and fire that Adam has from the boys and then taking it to us is something that’s really been pushing us.”