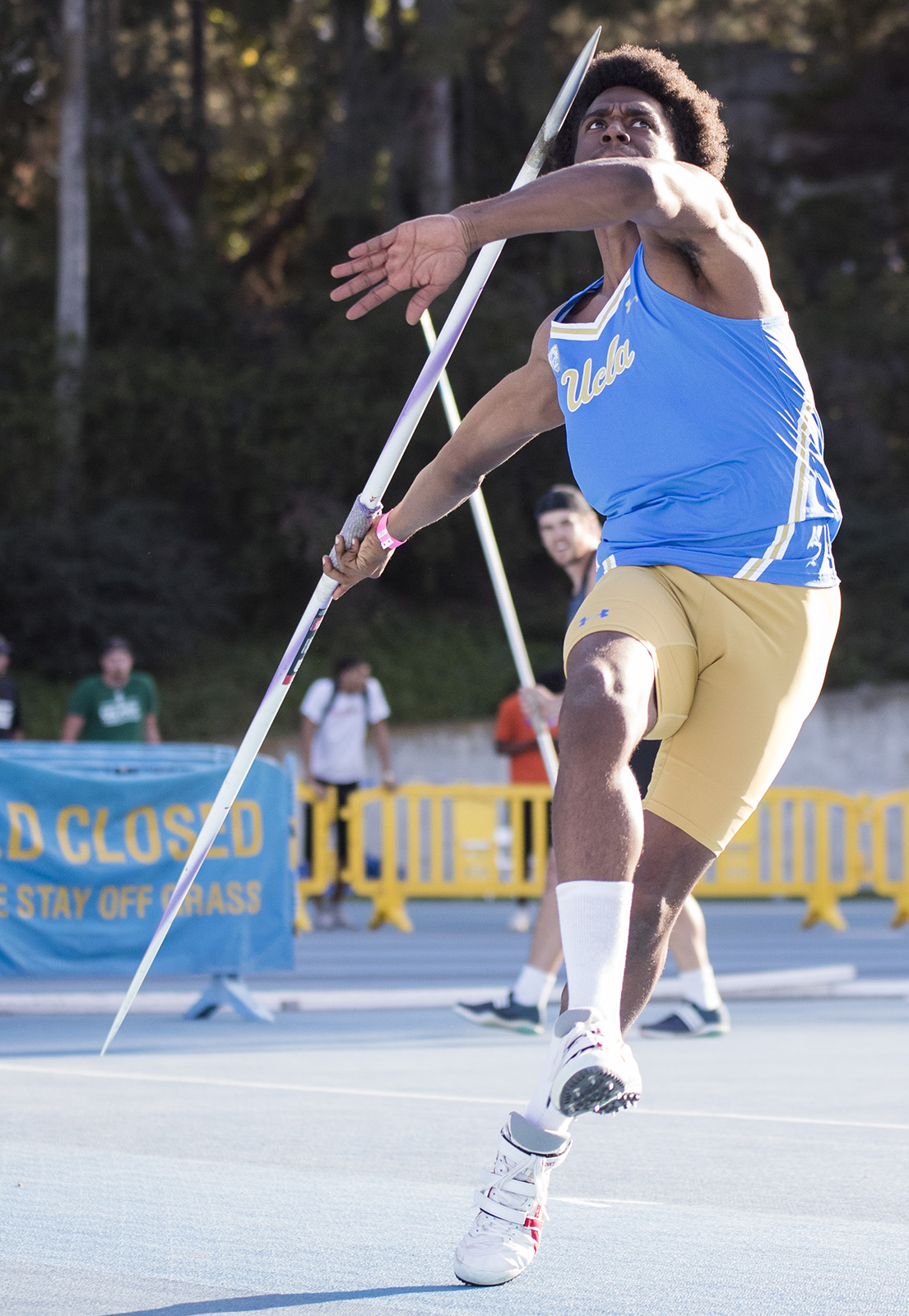 UCLA track and field will be split between two meets this weekend, with the majority of the team heading to Oklahoma and a small contingent of distance runners heading to the Mt. SAC Relays for the distance carnival. (Isa Saalabi/Daily Bruin)

Track and field rosters are often so long the team is occasionally split between two different meets.

This weekend, UCLA track and field would have blanketed three, but senior heptathlete Kendall Gustafson threw a wrench in the team’s scheduling for the second time this year.

“(The Bryan Clay Invitational) was kind of a backup meet for me,” Gustafson said.

Gustafson was originally the only Bruin slated to compete at the Bryan Clay Invitational in Azusa, California, but because she still sits well within the top 48 heptathletes in the country – the national qualification cutoff – there is no reason for her to compete.

The Bruins are now only going to Mt. SAC Relays in California and the John Jacobs Invitational in Oklahoma.

“I will be going to Oklahoma with the team,” Gustafson said. “Typically what happens is they enter me in multiple events and I see how I’m feeling.”

In addition to the senior standout, the Bruin squad that has been headlining track and field all year – coach John Frazier’s throwers – will head to Oklahoma, too.

“We’re taking almost everybody to Oklahoma. All the javelin throwers are going,” Frazier said. “Some may or may not throw … it’s going to be kind of a (touchy) approach unless there are really good conditions.”

“We’re in a good spot, but definitely not where we want to be,” Frazier said of the team’s performances thus far. “When we’re at conference, regionals and nationals we’ll really see what our team is made of.”

She and fellow thrower freshman Alyssa Wilson will face Woodard on her home turf. The throwers aren’t the only Bruins headed to the Sooner State for competition, however.

Along with a number of sprinters and jumpers, distance coach Devin Elizondo is sending a contingent of 800 meter and 1500 meter runners to compete in Oklahoma. However, those athletes who run the longer races will stay in California to compete at the Mt. SAC Relays.

“It’s harder to travel across the country and run 12 1/2 laps, and the field that the guys got into at the (Mt. SAC Relays) meet is probably one of the strongest in the country,” Elizondo said. “(Junior) Robert Brandt and (senior) Daniel De La Torre will race in one of the invite sections. It’ll be good for them.”

The Mt. SAC Relays are billed as a distance carnival, and the focus of Friday’s competition will be solely on distance events. Elizondo said it will give some of his runners a chance to post times that will qualify them for the NCAA meets that are just over a month away.