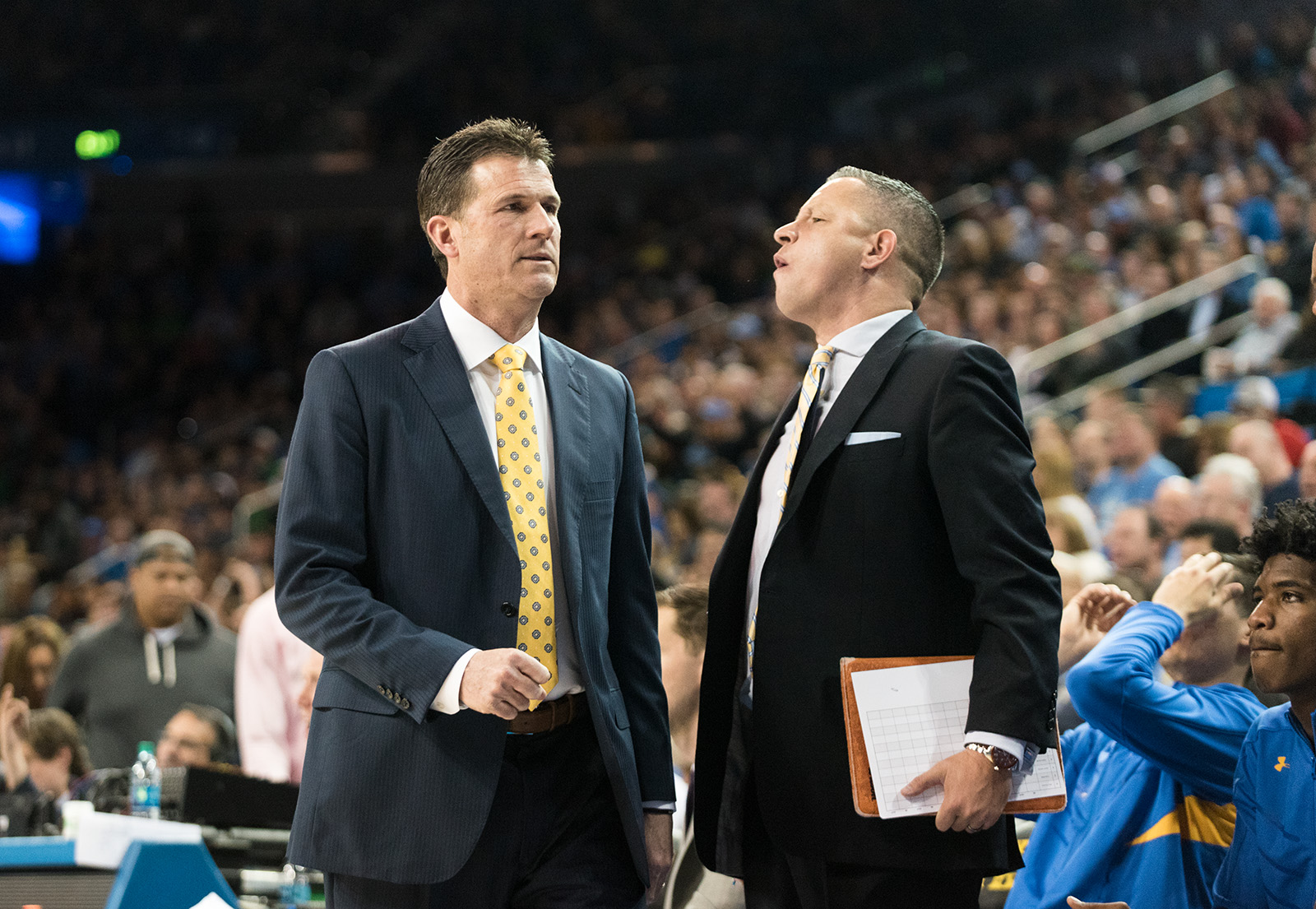 UCLA coach Steve Alford making move with his staff, source told ESPN. Likely bringing in former UAB/ETSU head coach Murray Bartow to replace assistant David Grace — who was in mix for head job at Fresno. Grace should find a spot quickly, got most of players at UCLA.

Grace was informed of UCLA’s intent to replace him prior to the Final Four of the NCAA Tournament in March, according to Ben Bolch of the Los Angeles Times. However, Bolch reported Grace seemed unclear about whether it was ultimately Alford or UCLA Athletic Director Dan Guerrero who made the decision.

Grace has been on Alford’s staff since 2013 and helped recruit top-five classes in four of his five seasons with the Bruins. UCLA has the second-ranked recruiting class in the nation for the upcoming season.

Grace is expected to be replaced by Murray Bartow, a former head coach at the University of Alabama at Birmingham and East Tennessee State with 19 years of NCAA coaching experience, according to Goodman. Goodman added the transition will likely take place when Grace’s contract expires at the end of June.

The move should not affect the Bruins’ most recent recruiting class. In the last three years, Grace helped recruit players such as Lonzo Ball, T.J. Leaf, Aaron Holiday and Shareef O’Neal.

Grace has been linked to coaching jobs and most recently came up in talks regarding Fresno State’s head coaching vacancy earlier this month.