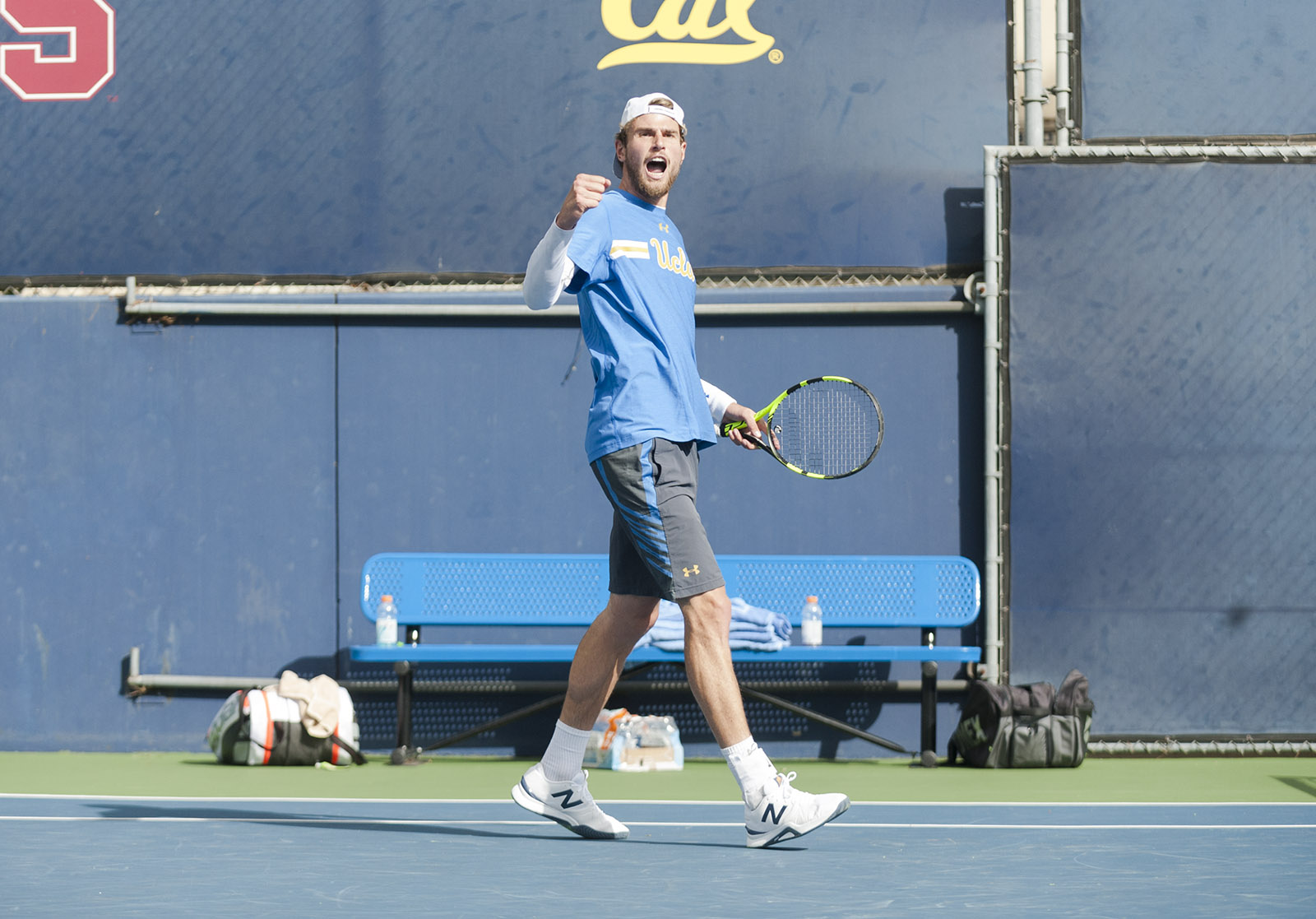 The Bruins will face a conference foe for the first time in a decade.

Arizona State raised $5 million to reinstate the men’s tennis program this year. In their first season since the 2007-08 campaign, the Sun Devils have tallied two wins against ranked opponents and conceded a 4-3 defeat to No. 4 Stanford.

Meanwhile, UCLA has swept Arizona in the schools’ past five matchups and has not lost to the Wildcats since 2010. Arizona holds a 9-2 home record this season.

“(These) are the matches from a coaching standpoint that scare me the most,” Martin said. “I don’t want my players to go into (Tucson) with a relaxed attitude.”

The Bruins will return to competition at the Clemson Invitational this weekend after a three-week hiatus.

UCLA rowing will be facing a competitive field at the two-day Clemson Invitational in South Carolina. Among the 21 teams competing will be No. 13 USC, who the Bruins will face at a dual meet in two weeks, and Oregon State, who the Bruins beat in two of three dual races at a meet in March.

With the Pac-12 championships just a month away, senior varsity four stroke Mikayla Hart said after only one of their boats placed in the top three at the San Diego Classic three weeks ago, the team has been training hard to improve its fitness and technique within each boat.

“We don’t taper, we train all through season,” Hart said. “The main thing is now we know what we need to improve on for the next races.”

Senior second varsity eight stroke KC Yeagley said showing the team’s improvements at Clemson and USC is critical for building their case for making it to the NCAA championship this season.

The Bruins will look to extend their conference win streak to eight with this weekend’s matches.

“I expect Friday’s match to be tougher than Saturday’s,” said coach Stella Sampras Webster. “ASU always has great doubles so we’re going to have to be ready.”

Arizona is the weaker opponent on paper, but Sampras Webster said that every match counts as the team gears up for the postseason.

“This year has been such a crazy year with all the other conferences that it’s really (that) any team that peaks during this time has a chance,” Sampras Webster said. “There’s no doubt that we can make a run, but it’s going to take everyone coming together and playing well at the same time.”

After the 7-0 win last weekend, junior Ayan Broomfield said that the team’s time is coming.

“I think we’re about to peak for the postseason,” Broomfield said.