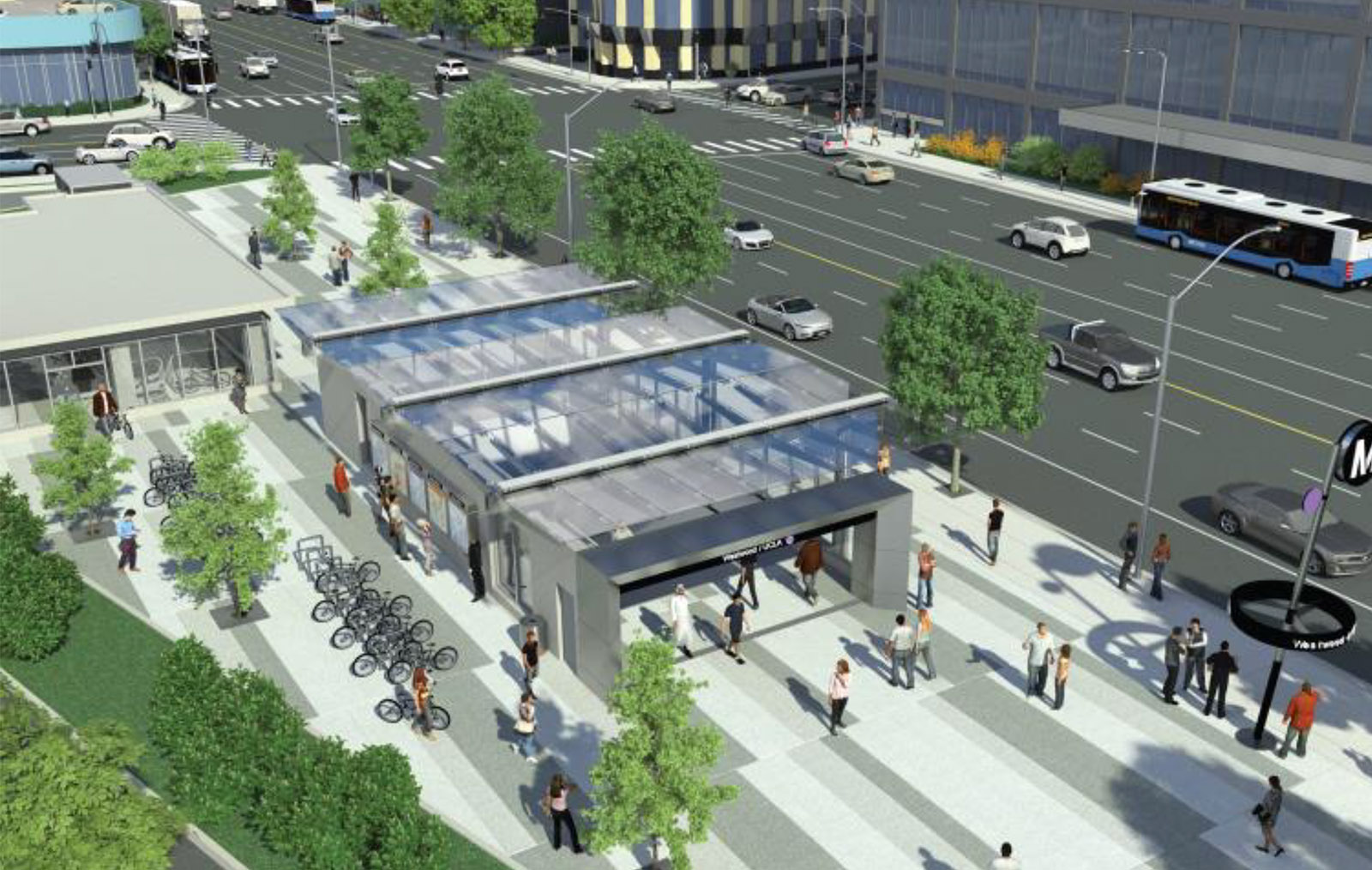 New renderings of the Los Angeles Metro Purple Line Extension into Westwood show the stops will be built from concrete and stainless steel and feature glass overhangs and standard Metro signage.

The Purple Line, which is planned to be extended in three stages, will conclude the final stage of its extension project in Westwood, with two new stops near UCLA and the Veterans Affairs West Los Angeles Medical Center. Construction on the stops is projected to be completed by 2026, and they are planned to be fully functional in time for the 2028 LA Summer Olympic Games, according to Metro. The Purple Line will run from downtown Los Angeles to Westwood in 25 minutes.

Metro plans to begin construction for the third stage of the Purple Line Extension in April by relocating utilities in Westwood. Metro released mockups for the new Westwood stations during a community meeting March 22.

Dave Sotero, communications manager for Metro, said it designed the stops to be consistent with all future Metro developments by including integrated lighting, landscaping and travel information for passengers. He also said the new stations will incorporate drought-efficient plant life in their design.

Westwood community members said they are excited for the design and progress of the new stops, but are concerned the construction could make it difficult for customers to reach nearby local businesses.

Michael Skiles, Graduate Students Association president, said he thinks Metro did a good job in making the stations look classy and professional in small spaces. He added the stations will help Westwood address its housing shortage by prompting more housing development close to the new stations.

“In the coming years, the subway will be a real opportunity for Westwood to get the growth and housing for business that come with a new subway line,” he said.

Andrew Thomas, executive director of the Westwood Village Improvement Association, said he is excited for the new subway extension, but is concerned the construction could increase traffic in the area and impede customers’ access to businesses. He also said he is concerned Metro may not properly maintain the stations after they are completed.

“Regular maintenance is often an afterthought in large capital budgets, but this work is so important to the continued success of these projects,” Thomas said.

He added he is glad Metro plans to include the work of local artists in the stations’ designs because he thinks they should reflect Westwood’s culture.

“Westwood is a unique place,” he said. “The art program is a great opportunity for us to showcase what we believe makes us special.”

Angus Beverly, parking and transportation chair for the Westwood Neighborhood Council, said he does not care as much about the overall looks of each station, and would just like for the projected construction to be completed as quickly as possible.

“It’s going to be huge for Westwood. We need to build up and build out, but it’s a pretty complicated process to build a subway,” he said. “I’d like it to be sooner, but I can understand the delays.”