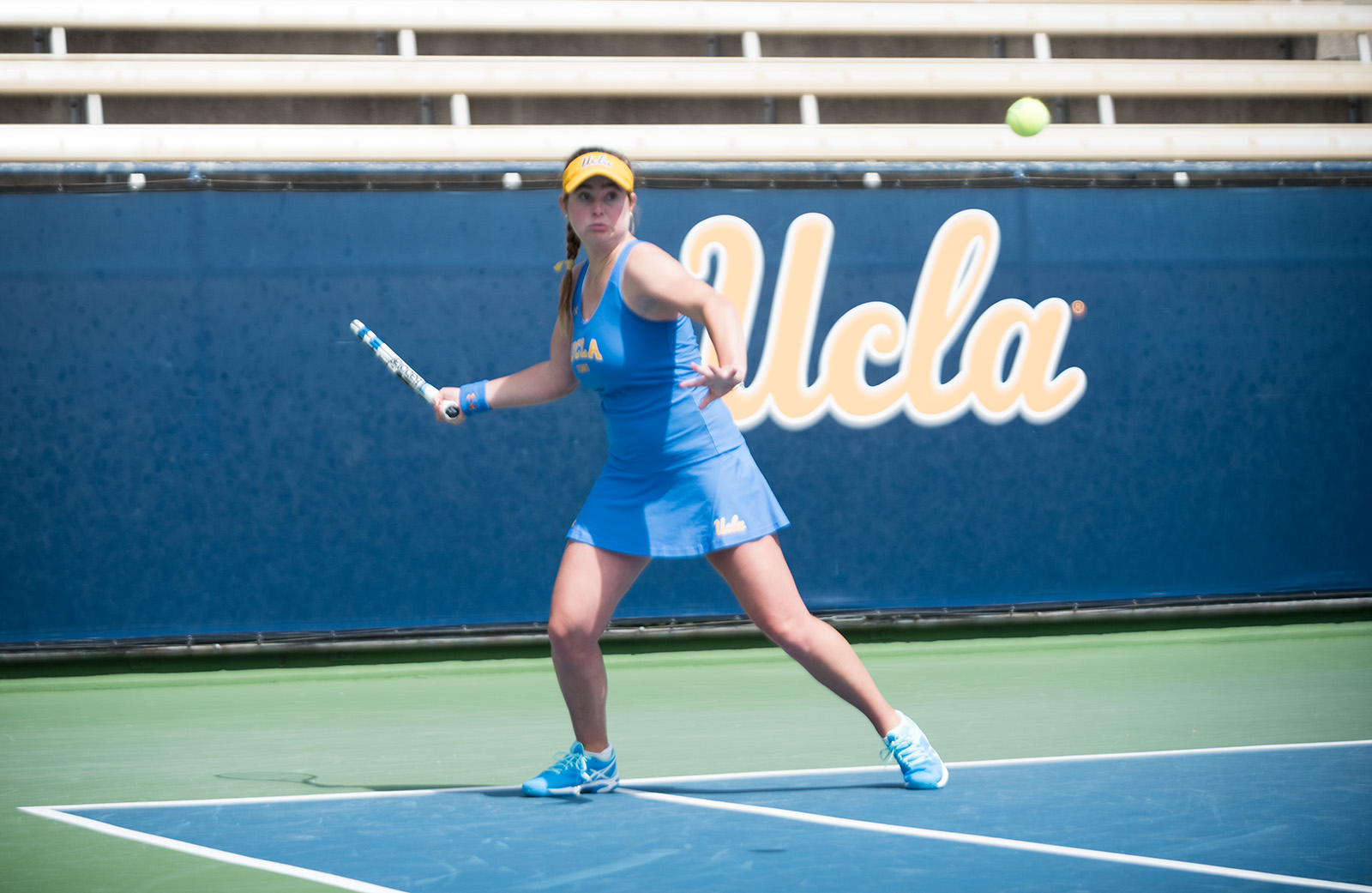 Abi Altick clinched the win for UCLA over Utah with a singles victory Friday. The win improved the freshman’s record to 24-6 and 10-2 in dual-match play, good for the best on the team this season. (Alice Naland/Daily Bruin)

Despite the wins, UCLA didn’t look good at the onset. The Bruins trailed the Utes 2-0 early, after losing the doubles point and the first singles match.

The No. 10 duo of redshirt sophomore Jada Hart and senior Terri Fleming was upset by Utah’s Alexia Petrovic and Jena Chang 6-4 on court one. Junior Ayan Broomfield and freshman Abi Altick were unable to secure the court two match, falling 6-3 to Taylor Calton and Whitney Turley, and succumbing the first point.

That wasn’t the only court one upset for Bruins.

UCLA began its comeback with wins from courts two, three and five, leaving the match in the hands of Altick, facing off with Calton on court four.

After the close match Friday, the Bruins headed to Colorado where they won every match – barring one doubles match that went unfinished – without dropping a single set.

The Bruins look to extend their win streak with another double header this weekend against No. 39 Arizona State and Arizona at the Los Angeles Tennis Courts.