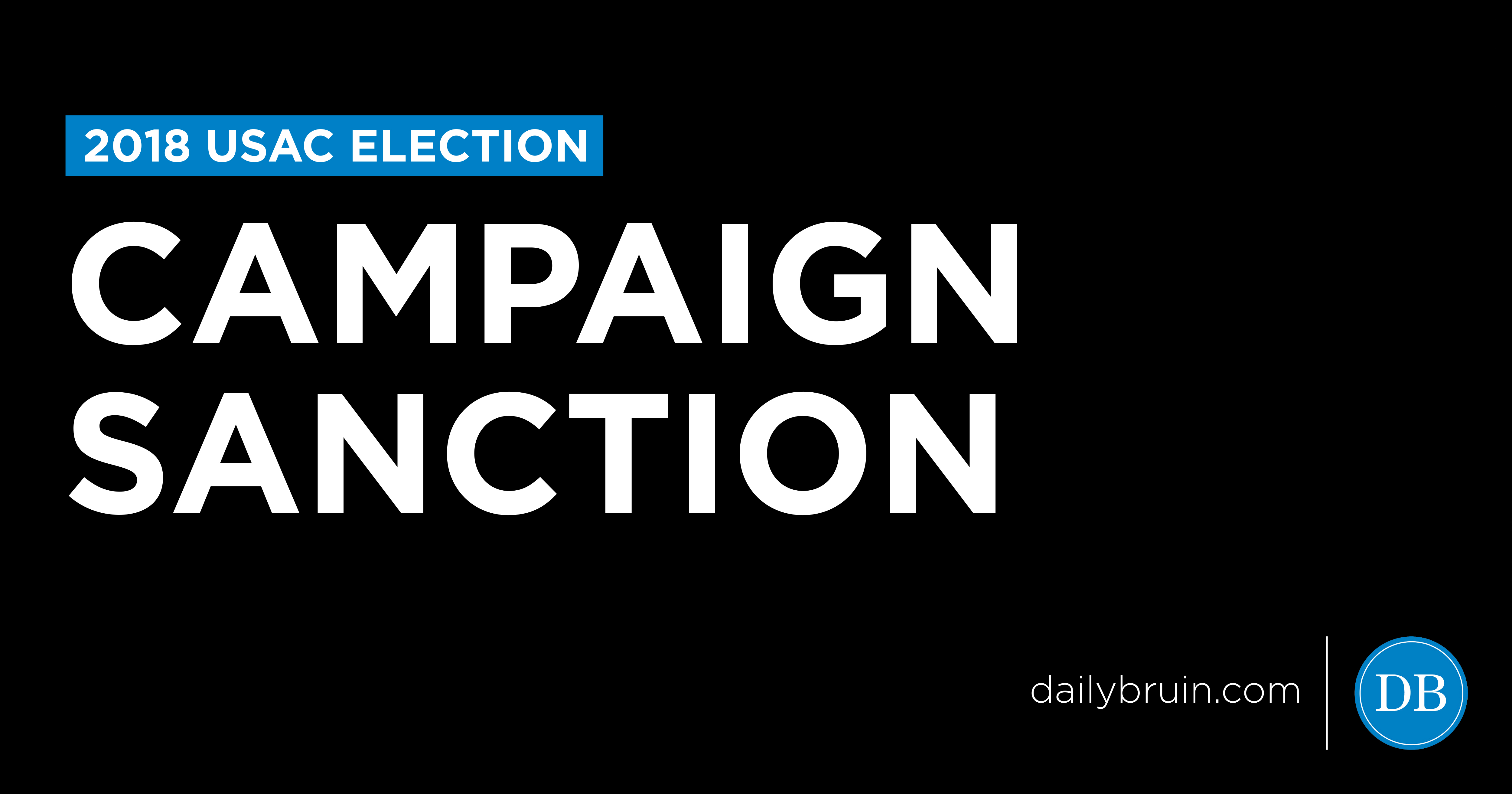 Correction: The original version of this article incorrectly stated Justin Jackson was disqualified because he left early during the candidate orientation. In fact, he was disqualified for turning in a candidate application form late.

The undergraduate student government election board issued its first sanction of this year’s election Monday.

Jamie Kennerk, a candidate for external vice president, was sanctioned for having a sticker on a laptop that read “JamiEVP” during a BruinsVote Kickoff event Tuesday. The board said the sticker was not approved because it lacked the USAC Election Board stamp, and ordered Kennerk to remove the sticker until it is updated to include the stamp. Kennerk is also prohibited from social media campaigning from 12 p.m. to 1 p.m on April 16.

The board disqualified General Representative 3 Justin Jackson from running in this year’s election for turning in a candidate application form late.

Voting in this year’s election will start April 30 and election board will announce results May 4 by 5 p.m.