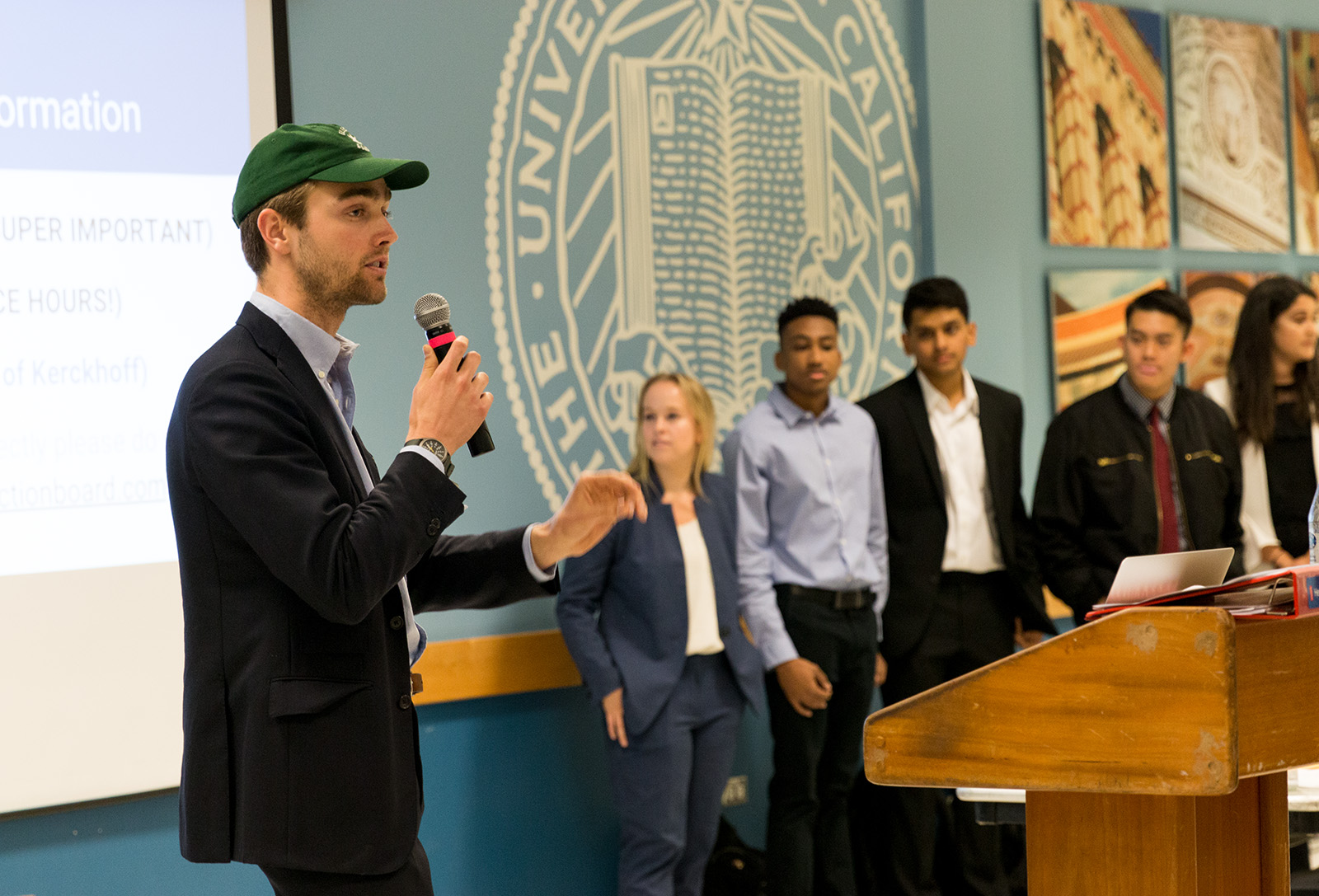 This year’s undergraduate student government election features three new slates and the largest number of candidates in the past five years.

A total of 39 candidates are running in the election. Bruins United, along with new slates For the People, Leaders Influencing Tomorrow and Candidates Operating Clearly are fielding candidates in the race. The president and general representative seats are among the most competitive, with eight individuals running for president and eight individuals running for the three general representative seats.

All candidates, running on a slate or independently, are only allowed to spend $600 in campaign expenses. Candidates running with a slate can contribute $200 of their spending limit to promote the entire slate, not specific slate candidates. In addition, election board has designated $3,750.10 of its budget to partially reimburse candidates’ election spending.

Voting will start April 30 and election board will announce results May 4 by 5 p.m.

Kosi Ogbuli (For the People)

Nidirah Stephens (For the People)

Sarena Khasawneh (For the People)