UCLA gymnastics comes out on top in NCAA regional, advances to semifinals 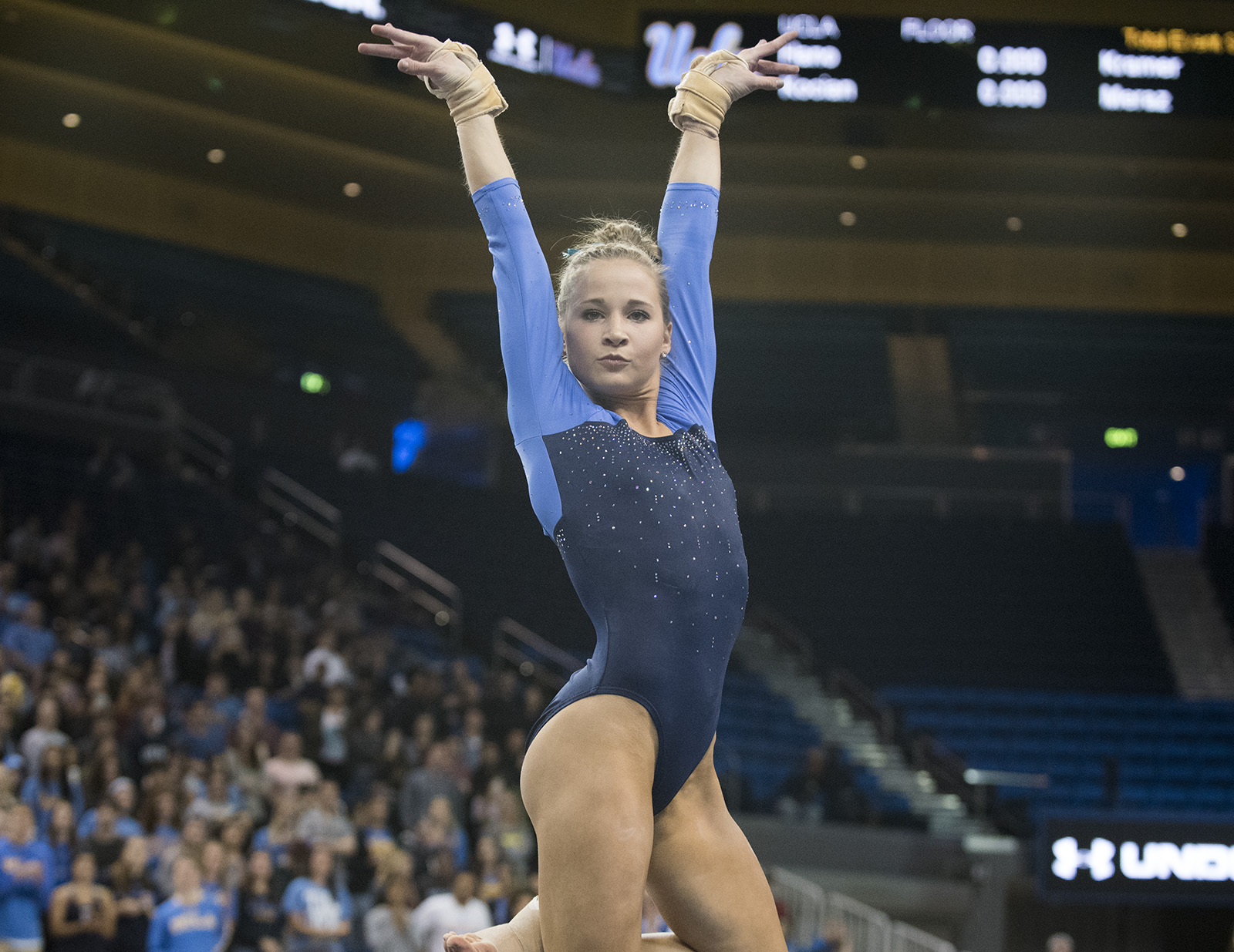 All season, coach Valorie Kondos Field has been looking for one thing from her team – four good events in a single meet.

During the last practice before traveling to Columbus, Ohio, for the NCAA regionals, Kondos Field said the 198.250 at the final home meet of the season against San Jose State – UCLA’s best team score in 14 years – failed to hit that expectation.

However, at the regional meet Saturday, Kondos Field said she got what she wanted.

“We talked about (putting four events together) after Pac-12s and before the meet,” Kondos Field said. “We did it. We put together four events and I was very proud of them.”

UCLA started the meet on floor exercise. Sophomore Madison Kocian hit a 9.850 in the opening routine and sophomore Gracie Kramer followed up by nabbing a 9.900.

The high performer on the event was junior Katelyn Ohashi, the Pac-12 Specialist of the Year, as she earned a 9.925 from the judges.

The Bruins scored a 49.375 for the rotation, placing them well ahead of their nearest competitor.

Drama managed to seep into the meet on the team’s next event – vault – and it had nothing to do with the routines.

UCLA’s lineup put forth one of its more consistent showings this season, including 9.900 scores from freshmen Anna Glenn and Pauline Tratz, and was in line for a 49.400.

The team was deducted a tenth of a point for the athletes competing out of order.

“I don’t how it happened. I went back and looked at the order I gave them on vault and they put the names in wrong,” Kondos Field said. “It’s ultimately my responsibility to quadruple-check all of that. I guarantee you: It will not happen again.”

Rather than be distracted by the error, the Bruins moved onto the uneven bars, where Kocian made her long-awaited season debut on the apparatus.

Kocian scored a 9.875, losing points for not hitting all her handstands.

“I was excited to be back on bars,” Kocian said. “Bars has always been my favorite event and it was a great feeling. It’s been a little bit of a rough comeback on bars the last couple weeks. I was finally able to put routines together this week.”

Redshirt senior Peng-Peng Lee matched that score, while sophomore Kyla Ross won the event crown with a 9.975 to close the rotation.

The Bruins finished the meet on the balance beam, where Ross once again finished highest on the totem pole with a 9.950.

Ross said she was impressed with the team’s ability to put it all together despite lineup adjustments.

“Anna Glenn came in on vault and Kocian was back on the bars,” Ross said. “It was great to have a solid meet with new girls in the lineup.”

Kondos Field addressed the little issues, like a missed handstand on the uneven bars and a dance step error on the balance beam, but said the team is on the right track moving forward in the NCAA Tournament.

“They just need to keep doing what they’re doing,” Kondos Field said. “I believe the added excitement of competing for a national championship should give them the energy they need to not make those little mistakes.”