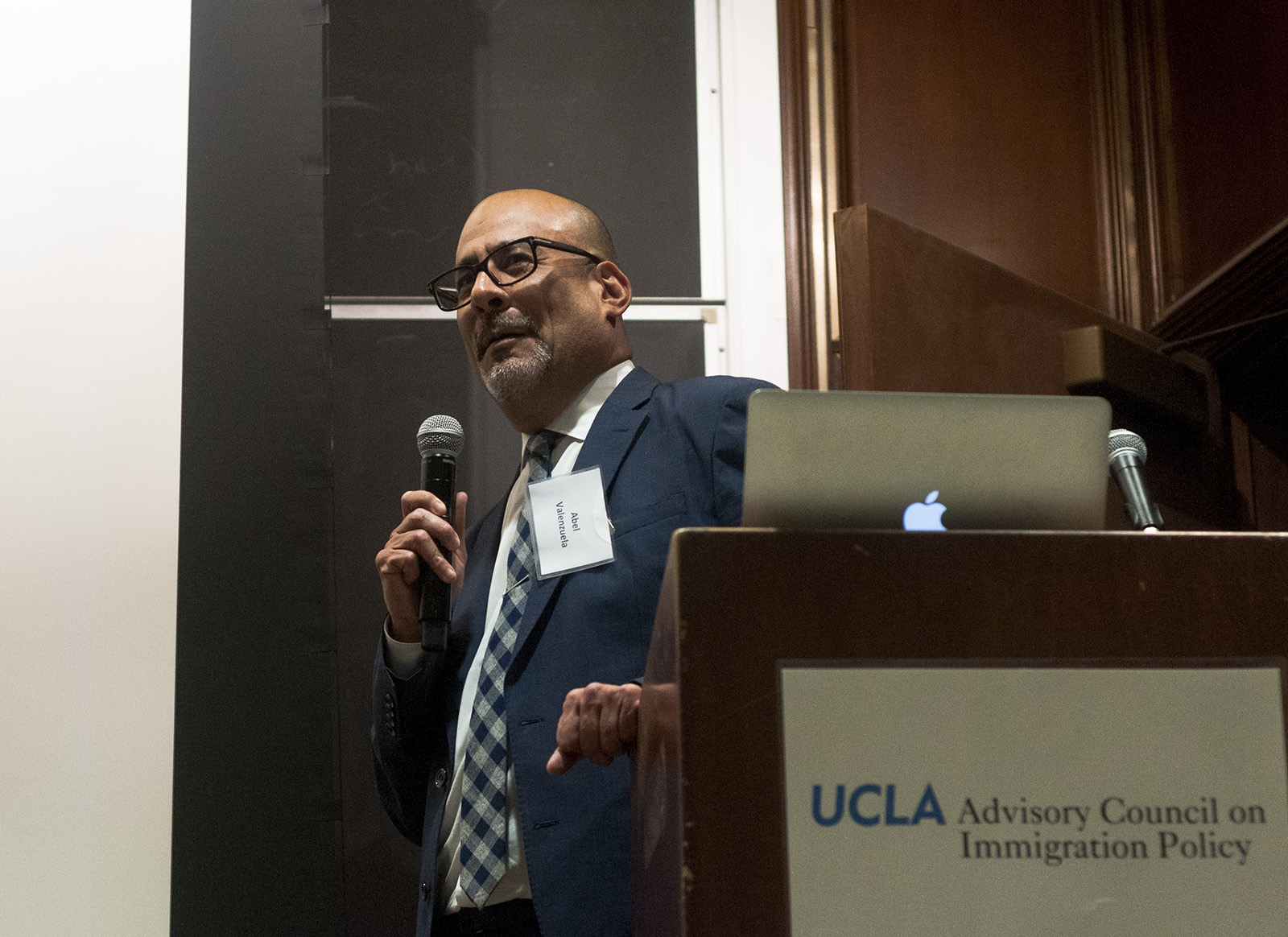 Abel Valenzuela, special advisor to the chancellor on immigration policy, spoke at the an event where administrators and students discussed ways to help undocumented and international students affected by changes in federal immigration policy. (Michael Zshornack/Photo editor)

Chancellor Gene Block and four members of his Advisory Council on Immigration Policy, which was created in March 2017 to analyze the implications for UCLA of new immigration legislation, held a question-and-answer session with students at Dodd Hall. Administrators and students discussed ways to best support students who may be impacted by President Donald Trump’s changes to federal immigration policy.

Abel Valenzuela, special advisor to the chancellor on immigration policy and a professor of Chicana/o studies, said the university understands the concerns students may have about the Trump administration.

“We know the current administration has introduced policies that triggered widespread anxiety and fear,” he said. “(Trump) has moved beyond rhetoric and has impacted numerous families.”

Trump ended Deferred Action for Childhood Arrivals, a program that deferred deportation for undocumented individuals brought to the United States as children, in September. However, following a federal court ruling in January, the program continues to be operational while courts review lawsuits filed against the Trump administration for its decision to end the program.

Valenzuela added UCLA has held immigration workshops since the beginning of the academic year for staff, and launched a crowdsourcing campaign to raise funding for scholarships and legal services for international and undocumented students.

Several students at the event said they are concerned about employment opportunities and their ability to support themselves in light of their inability to work under the new federal policy.

William Lopez, a fourth-year political science and anthropology student who is undocumented, said he is concerned that even after he earns his bachelor’s degree he will not be able to find a job without a work permit.

“Would I have to work under-the-table jobs?” he said. “You’re kind of faced with the reality of, ‘Well, what is next?’”

Lopez said he thinks the university should allow undocumented students to push their graduation date to stay in the university longer to allow them to wait for immigration policies that are less strict in their requirements for employment qualification.

“I’m asking for some protection even after DACA expires,” he said.

Maria Marquez-Alvarez, who graduated with degrees in history and gender studies in 2017, said she found it difficult to support herself when did not have DACA status for six months at UCLA.

“I remember not having money for food. It was really difficult to choose because it was between food or rent,” she said. “I needed a roof on top of my head, but I could manage not eating.”

Maria Blandizzi, dean of students at UCLA, said the university has resources to support students. One is the Economic Crisis Response Team, which helps students with extraordinary financial need by providing meal vouchers and emergency housing.

“There are limitations to what we can do,” she said. “I don’t mean that this is a silver bowl that meets everyone’s needs, but start here.”

“We are here for the people that have been detained or picked up by (Immigration and Customs Enforcement) or (are) in detention and seeking help,” she said.

Blandizzi added administrators are doing their best to help retain students through both economic support and student services.

“We want to do everything we can to keep you here, so you can go out and change the world,” she said.