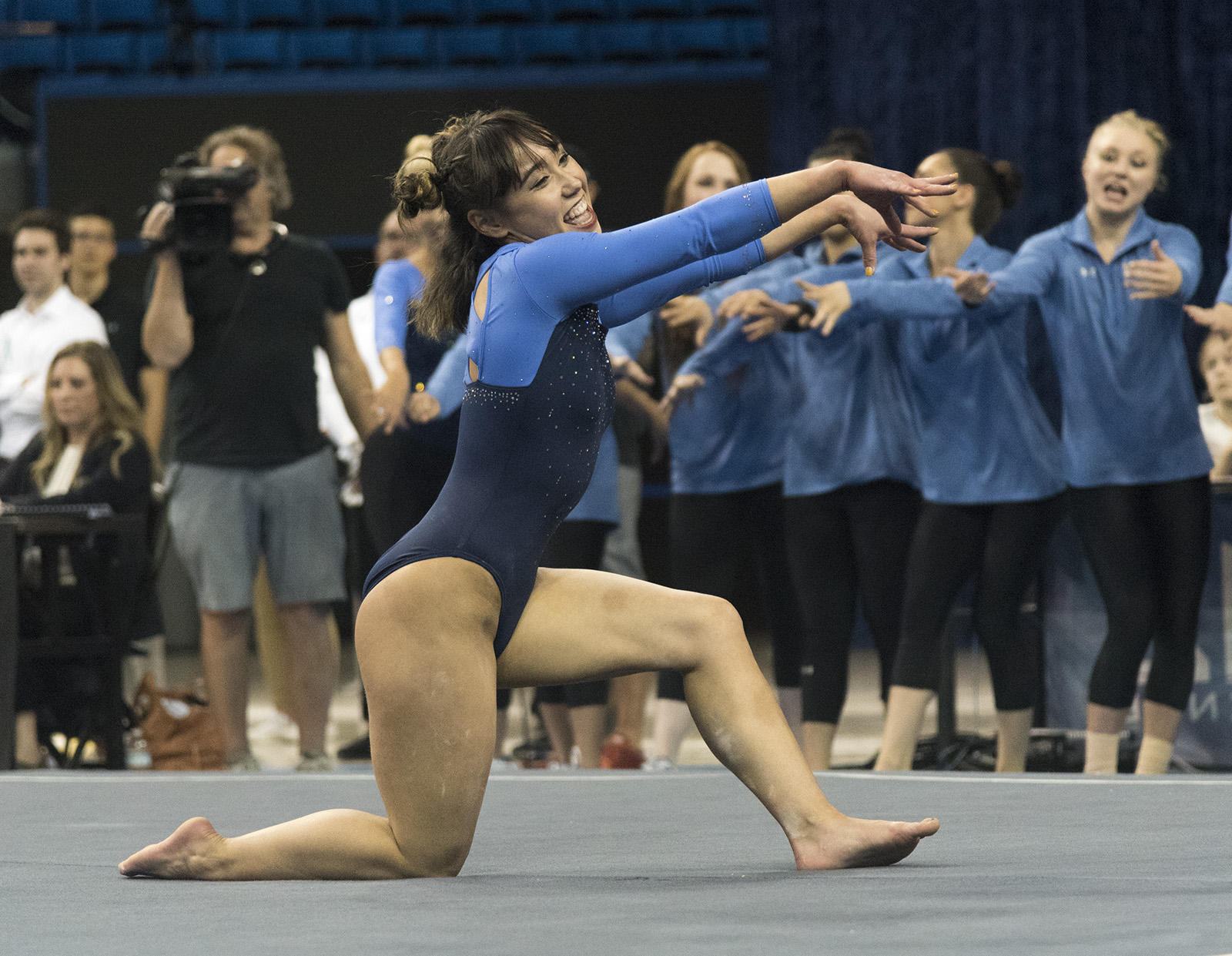 Well before the national championship trophy will be handed out, Bruin gymnasts have already taken home a fair amount of hardware for their efforts this season.

No. 3 UCLA gymnastics (18-2, 4-1 Pac-12) had eight athletes earn a total of 14 All Pac-12 honors with two of them earning major conference awards for their performances during the regular season.

Redshirt senior Peng-Peng Lee, junior Katelyn Ohashi, sophomore Kyla Ross, senior Napualani Hall and redshirt freshman Grace Glenn all earned first-team All Pac-12 honors. Ross received first-team honors on the all-around and uneven bars, averaging a 9.942 on the latter. Hall earned her place on the first team for vault with a 9.779 average, while Glenn averaged a 9.871 to earn first-team honors on the balance beam.

Lee also came away with the Pac-12 Women’s Gymnastics Scholar-Athlete of the Year award. As a sociology major, Lee has a 3.49 cumulative GPA over her time at the university.

“Personally, (my goal is) to win a national championship,” Lee said. “I’d love to graduate with a ring and do it with this team because this team is so special. I couldn’t have asked for a better season.”

Ohashi took home the Pac-12 Women’s Gymnastics Specialist of the Year award. Although she competed on every event, her best was the floor routine. She averaged a 9.925 score, with three perfect 10s and only one under a 9.8.

Ohashi said this year’s team has a bond that has helped her reach new heights.

“This is one of the more positive teams I’ve been on,” Ohashi said. “I remember my freshman year, it was negative energy a lot of the time. This is probably the best team that I’ve been on, and I feel like we’re very cohesive.”

Coach Valorie Kondos Field led the team to its second Pac-12 title in three years. In February, she said the team drove itself to reach its goals and pursue individual titles and a national championship.

“I’ve always said that you’re never going to be able to create that magic if they don’t do it for themselves or each other,” Kondos Field said. “When coaches can step back and the athletes drive the energy, that’s when the magic happens. And I haven’t felt this magic for about eight years.”