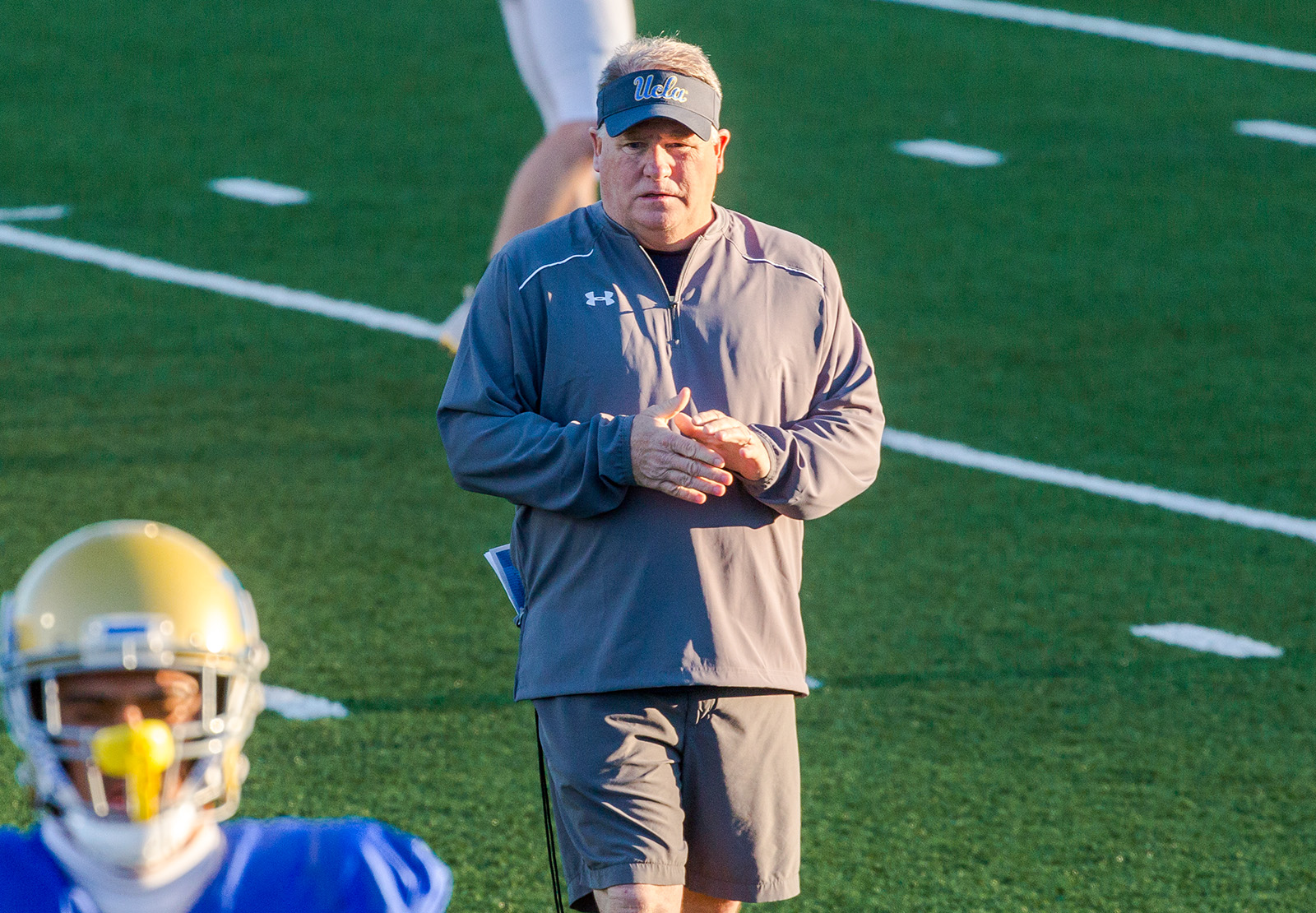 Football coach Chip Kelly beat a pool of reporters to the UCLA backdrop where pre- and post-practice interviews are held on Spaulding Field on Tuesday morning.

The coach didn’t seem like he wanted to stay there very long.

“What do we got?” Kelly said to start the mini presser.

Kelly provided some information about K.J. Carta-Samuels – a graduate transfer quarterback from Washington expected to come in and compete for the Bruin quarterback spot – during his brief address to kick off UCLA football’s second set of spring practices.

Carta-Samuels has not appeared at camp, and Kelly said he was not enrolled at UCLA. Kelly did not indicate that he was still searching for graduate transfer quarterbacks, instead saying he would work with the personnel at his disposal.

Kelly also said that reviewing practice film from the Bruins’ first set of practices did not have an impact on how he drew up his remaining practices.

“We’ve had it all mapped out for all 15 practices,” Kelly said. “This is kind of like a ‘day one’ again for us because they were off for two weeks.”

UCLA will practice every Tuesday and Thursday at 8 a.m. and Saturday at 10 a.m. for the next three weeks, culminating with the Bruins’ annual inter-squad spring game at Drake Stadium on Saturday, April 21 at 11 a.m.

All practices are open to the public except for the ones on April 17 and 19.