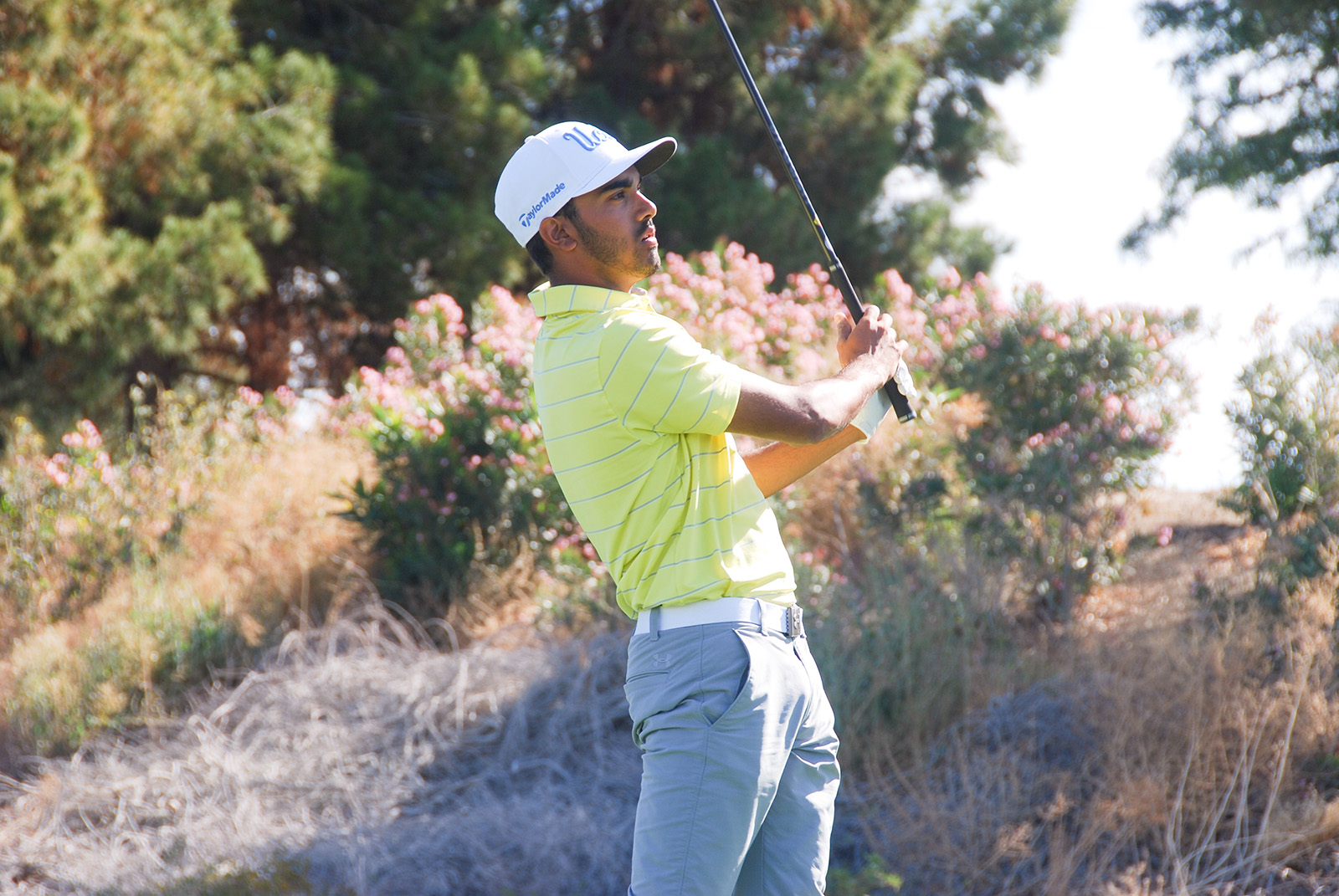 UCLA men’s golf took home an 11th place finish at the 3M Augusta Invitational this weekend in Georgia. Freshman Devon Bling finished 21st on the individual leaderboard after shooting 1-under for the tournament. (UCLA Athletics)

UCLA men’s golf finished outside the top 10 in a tournament for the first time this season.

The No. 19 Bruins shot a combined 7-over par and finished 11th out of 15 teams Sunday at the 3M Augusta Invitational in Augusta, Georgia. The No. 16 Illinois Fighting Illini won the tournament at 25-under.

“We played rusty,” said coach Derek Freeman. “We didn’t make good decisions and we didn’t perform well, and so we’ve got a lot of work to do.”

UCLA recorded a 1-under par in round one Saturday morning, but shot 4-over in round two Saturday afternoon and again in round three Sunday.

Freshman Devon Bling was the lone UCLA golfer under par for the tournament at 1-under, good for a tie of 21st on the individual leaderboard. He used seven birdies Sunday to post a 3-under in the final round.

“I got off to a bit of a rough start, especially on the greens,” Bling said. “But as the round progressed (Sunday), I started to get a feel for reading the putts a little bit better.”

Bling said he and his teammates struggled on the greens all weekend.

“My putting wasn’t up to standard,” Bling said. “(I) lost a lot of shots on the greens. … Instead of hitting the right shots in the right spots, we maybe started to force things a little bit.”

Junior Jack Ireland, playing as a member of the Bruins’ scoring fivesome for the first time this season, said he also found the course conditions difficult to navigate at times.

“(The course) played very soft at the beginning of the round,” Ireland said. “But as the day continued – especially the first day, when we played 36 holes – the greens got firmer and faster, because they dried out.”

Ireland finished second for UCLA and tied for 32nd overall at 2-over par. He was followed by freshman Eddy Lai at 5-over, junior Cole Madey at 6-over, and sophomore Hidetoshi Yoshihara at 6-over.

Of the 15 total rounds played by the Bruins’ five golfers, only four rounds were below par.

“It’s unfortunate, because I felt like we had some good things heading into the final part of our season,” Freeman said. “This set us back a little bit.”

UCLA has one event remaining – the El Macero Classic – before the Pac-12 Tournament and postseason play.

The Bruins will play their last regular season tournament at the El Macero Country Club in El Macero, California, beginning on April 13.