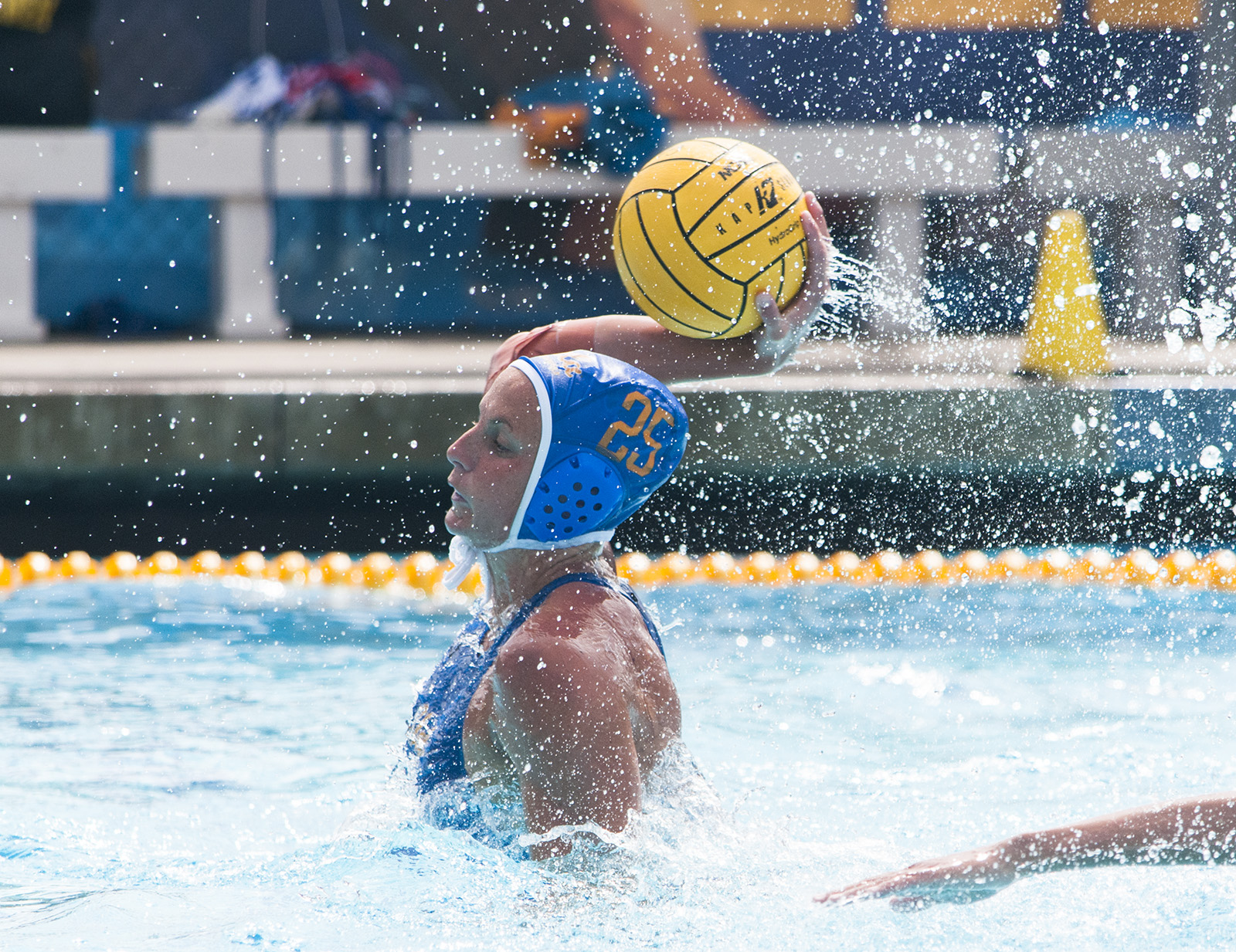 Sophomore attacker Bronte Halligan led No. 4 UCLA in scoring with two goals in its 6-3 victory over No. 4 Arizona State on Saturday. Four other Bruins added a goal apiece in the victory, which was their second win over the Sun Devils this season. (Liz Ketcham/Daily Bruin)

Despite a failure to score in the first quarter, UCLA women’s water polo’s strong second quarter led the team to victory.

Coach Adam Wright said that some of UCLA’s early-game shooting struggles came from the way the team was approaching the goal.

“We were approaching it to not miss,” Wright said. “When we stepped in the right way, we got our counterattack going in the second quarter, and we did a nice job of approaching the goal the right way.”

The Bruins scored four goals in the last four minutes of the second quarter to go into halftime leading 4-1.

“The energy was much better overall than where it’s been in other games,” Wright said. “It wasn’t the best start … but the way we played in the second quarter, with that kind of energy – I haven’t seen that all year.”

Defensively, UCLA held Arizona State to just 1-of-8 shooting on 6-on-5 opportunities, and the Sun Devils’ only power-play goal was when both junior goalie Carlee Kapana and senior attacker Nicole Reynolds were excluded.

“The highlight of our defense was our 5-on-6,” Wright said. “If we do that, then we can keep ourselves in the game no matter how our offense is going. … Our 5-on-6 was a complete turnaround from where we’ve been.”

Kapana, who recorded six saves on the night, said that another strength of the Bruins’ defense was their shot blocking.

“We’ve definitely been working on our shot blocking, so getting a lot of blocks, helping me out in front of me,” Kapana said. “(We got) a lot more than we had previously been getting in games.”

UCLA will host No. 2 Stanford on Saturday for Senior Day.