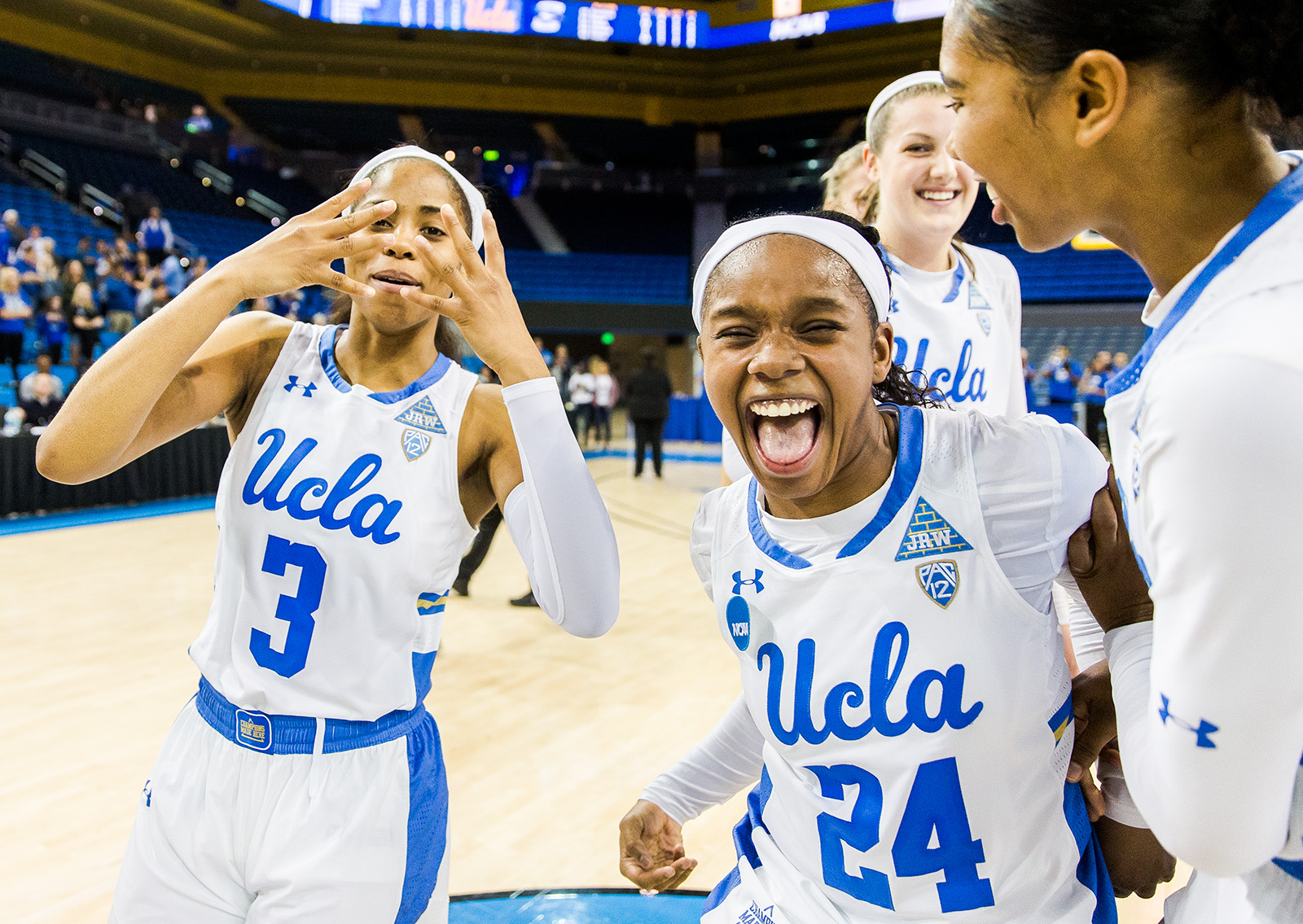 Now, they’ll be heading there for the third time in the last three seasons.

No. 3-seeded UCLA women’s basketball (26-7) took down No. 11-seeded Creighton (19-13) at 86-64 in the second round of the NCAA Tournament to advance to the regional semifinals in Kansas City, Missouri.

After missing their first field goal, the Bruins hit their next six shots, leading to a 13-0 run that would put them in the driver’s seat for the rest of the game.

Senior guard Jordin Canada led the charge for the Bruins, scoring 21 points on 6-of-7 shooting and 9-of-10 from the line. She never attempted a 3-pointer, but excelled as a distributor and rebounder, racking up 8 assists and 6 boards in her final appearance in Pauley Pavilion.

“The things we accomplished here, it all came back to me walking off the court,” Canada said. “Being able to get a win in our last home game here ever is just a great feeling, it’s something I really can’t describe. It was just awesome.”

On top of the near-perfect performance from Canada, UCLA’s offensive attack was well-balanced, as five Bruins finished the night in double digits. As a team, they shot 48 percent from the field, an improvement over their 45 percent performance when they played the Blue Jays in November.

In that meeting, the Bruins won by just nine, and were behind by nine at one point in the first half. This time, they led Creighton for just over 38 of the game’s 40 minutes.

Junior transfer guard Japreece Dean provided a spark off the bench, scoring 16 points and sinking four triples. This was Dean’s first season as a Bruin, and she said she’s ready to make an impact on a championship-level team.

“This is my first time even going to the tournament, so I just feel blessed,” Dean said. “I just think this is a good opportunity for us to make history.”

Even redshirt junior guard Chrissy Baird, who made just one field goal all season, knocked down a three to join the scoring party.

UCLA’s stifling defense ran the full-court press for the first three quarters, forcing 18 turnovers that led to 29 points, while also tallying four blocks. Five of the team’s 12 steals came courtesy of Canada, above her Pac-12 leading average of 3.2 per game.

“We didn’t have that the other night, on Saturday … we weren’t able to dictate on the defensive end,” Canada said. “We played to our identity … and made it hard for them to get into a rhythm.”

The Bruins led by a wide margin on the boards as well, pulling down 37 rebounds as opposed to the Blue Jays’ 27. Their 15 offensive rebounds led to 16 second-chance points, four of which came from senior forward Monique Billings. The Lisa Leslie Award finalist tallied 9 boards – four of which came on the offensive end – to go along with her 15 points.

UCLA is now the only No. 3 seed remaining in the tournament after an upset-ridden weekend in the other regions. The Bruins will take on No. 2-seeded Texas on Friday night in Kansas City, following the Longhorns’ defeat of No. 7-seeded Arizona State earlier Monday. UCLA lost to Texas in the Sweet 16 two years ago, but coach Cori Close assured that her team has a real chance to move on to the Elite 8 this year.

“If you can get to a regional, get a neutral site, I think anyone has an opportunity,” Close said. “The seed numbers are really out the window at this point.”