Board of Regents votes to increase tuition of nonresident students 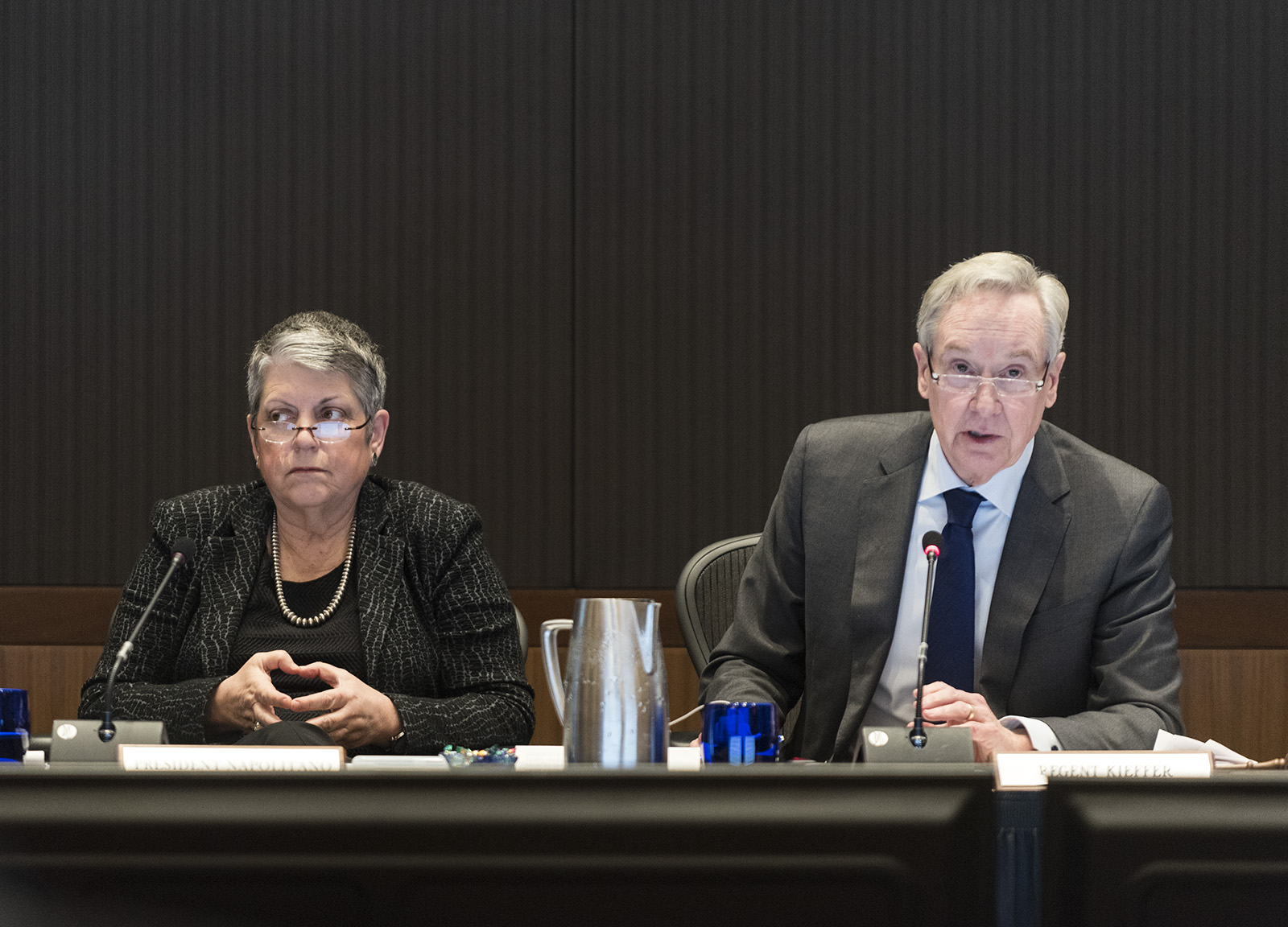 By Omar Said and Isabella Gago

Nonresident students will have to pay $978 more in tuition next year following a vote by the governing board of the University of California on Thursday.

The UC Board of Regents voted 12-3 in favor of increasing nonresident supplemental tuition by 3.5 percent. The board was originally scheduled to vote on both tuition and nonresident supplemental tuition increases at its January meeting, but deferred the vote to negotiate for additional state funding. The regents may consider an increase in base tuition, which both in-state and out-of-state students pay, at its May meeting.

The regents also increased professional degree supplemental tuition at 23 graduate programs in the university. Students in programs like law and medical school have to pay Professional Degree Supplemental Tuition in addition to their base tuition.

“When parents are selling cars overseas to supplement $42,000 tuition, that $42,000 price tag is pretty jaw-dropping for some and I think it may invite a different kind of conversation in the Capitol,” Newsom said. “I find this an unfortunate decision.”

UC President Janet Napolitano said she thinks it is unrealistic to expect the state legislature to provide funding to allow the university to keep tuition static for out-of-state students.

“I believe that our joint advocacy in Sacramento should be focused on getting a buyout for resident students,” she said. “I think reality needs to intrude here – the notion that the legislature will provide any relief on the nonresident tuition aspect of our budget is illusory.”

Student leaders said they think the tuition increases will have devastating effects on both international and out-of-state students.

Undergraduate student government External Vice President Chloe Pan said one of the reasons why student leaders do not support the tuition increase is because they believe it could lead to an increase in food and housing insecurity for nonresident students.

“We have a firm stance in opposition to any tuition increase,” she said. “We have seen a toxic political climate for international and undocumented students, and any effort to raise tuition will aggravate the climate.”

Pan added she thinks an increase in nonresident tuition will lead to a less diverse student body.

“This application cycle was the first time in a few years that we saw a dip in international student applicants,” she said. “We don’t want (nonresident students) to think they are cash cows.”

Rebecca Ora, a doctoral student of film at UC Santa Cruz, said during the meeting’s public comments session she thinks UC graduate schools are falling in rankings because of high cost of attendance. She added she thinks increasing PDST will not help the UC better retain graduate students.

Parshan Khosravi, vice president of external affairs for the UCLA Graduate Students Association and UCSA treasurer, said he was unsurprised but disappointed in the results of the vote.

“The university has had a history of profiting from out-of-state students,” he said. “We overcharge them to make up for lack of state funding.”

Khosravi added the UC’s graduate schools have a higher population of nonresident students than its undergraduate programs and added he does not thinks they should have to pay more when the UC faces financial difficulty.

“Time and time again we have seen the UC using international and out-of-state students as pawns in this game they’re playing to fund the UC, and in this game there are no winners.” He said. “No matter how the students play, they cannot win.”

Ashraf Beshay, a fifth-year biology student, president of the International Student Leadership Coalition and an international student from Egypt, told the regents during the meeting’s public comments session that the previous nonresident tuition increase had forced him to become a part-time student.

“Every time a payment is coming up, my dad asks if there’s any way we can postpone payment by even one month. Just 10 days ago I got a call from my dad, who told me he sold his car to pay my tuition fees,” he said. “It is not by one miracle, but by many, many miracles that I stay a student at the UC. … I have faith in God to help me, but the real question is, can I have faith in you?”