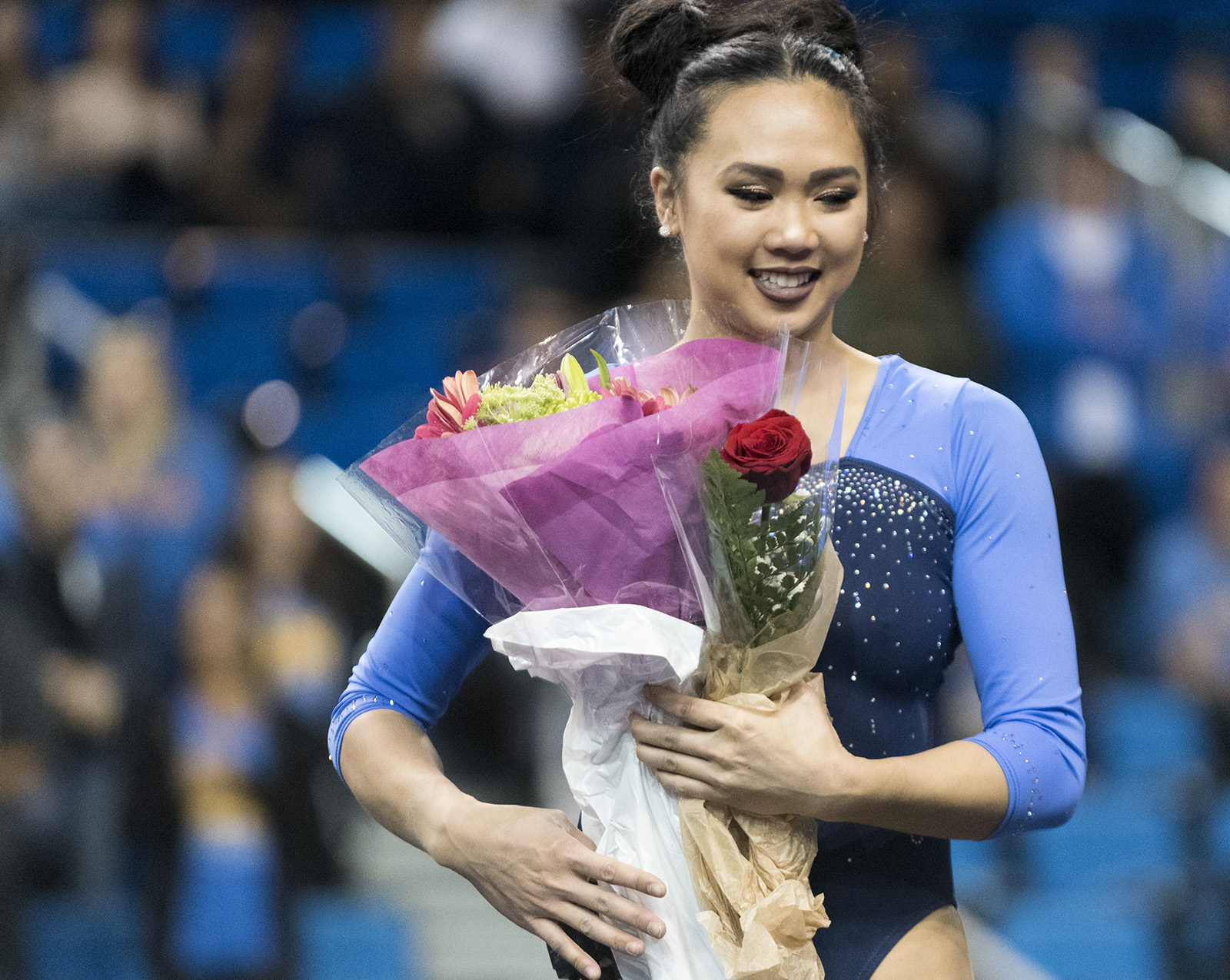 The Bruin seniors led their team to one last home victory Tuesday night.

The Bruins had their most consistent and highest-scoring meet of the season. They scored at least a 49.475 on each event, including season highs on the vault and uneven bars. Those season highs were also the fifth- and sixth-best scores of all time for UCLA on those events.

Coach Valorie Kondos Field has said in recent weeks the team still had not put together four great events in one meet. She said Tuesday was better, but the Bruins have not yet reached their potential.

“Our first two events were great, but beam was not great,” Kondos Field said. “(But) for them to have two meets in three days during (10th) week, and for them to have an off night and go 49.500, is great. It’s a great place to be.”

Redshirt senior Peng-Peng Lee scored a 9.950 on the balance beam and was carried around by her team in her final meet at Pauley after being on the team for six years. She said that she could not hold back the emotions after her final routine.

“I didn’t think I was going to get this emotional. I just felt so much love from the teammates and the crowd,” Lee said. “It’s so nice to see them follow my journey. It’s been a rough road. To be here and to know I’ve been a good leader to everyone is just amazing.”

Kondos Field cried after Lee’s balance beam routine. She said Lee is a one-of-a-kind gymnast and it will be impossible to replace her.

“There is not another gymnast in the world that does gymnastics like (Lee) does, with the freedom she does,” Kondos Field said. “When she’s done after the national championships, there’s going to be a hole. There are a lot of great athletes in the world that are very unique, but there is nobody like (Lee).”

The Bruins head to Tucson, Arizona, on March 24 to compete in the Pac-12 championships. Meraz said her team will recover and perfect its performances before that meet.

“We’re going to go back in the gym and probably take tomorrow off,” Meraz said. “Then (we will) work on the tiny little details we need to fix. Hopefully, we’ll get through that and be ready for Pac-12.”