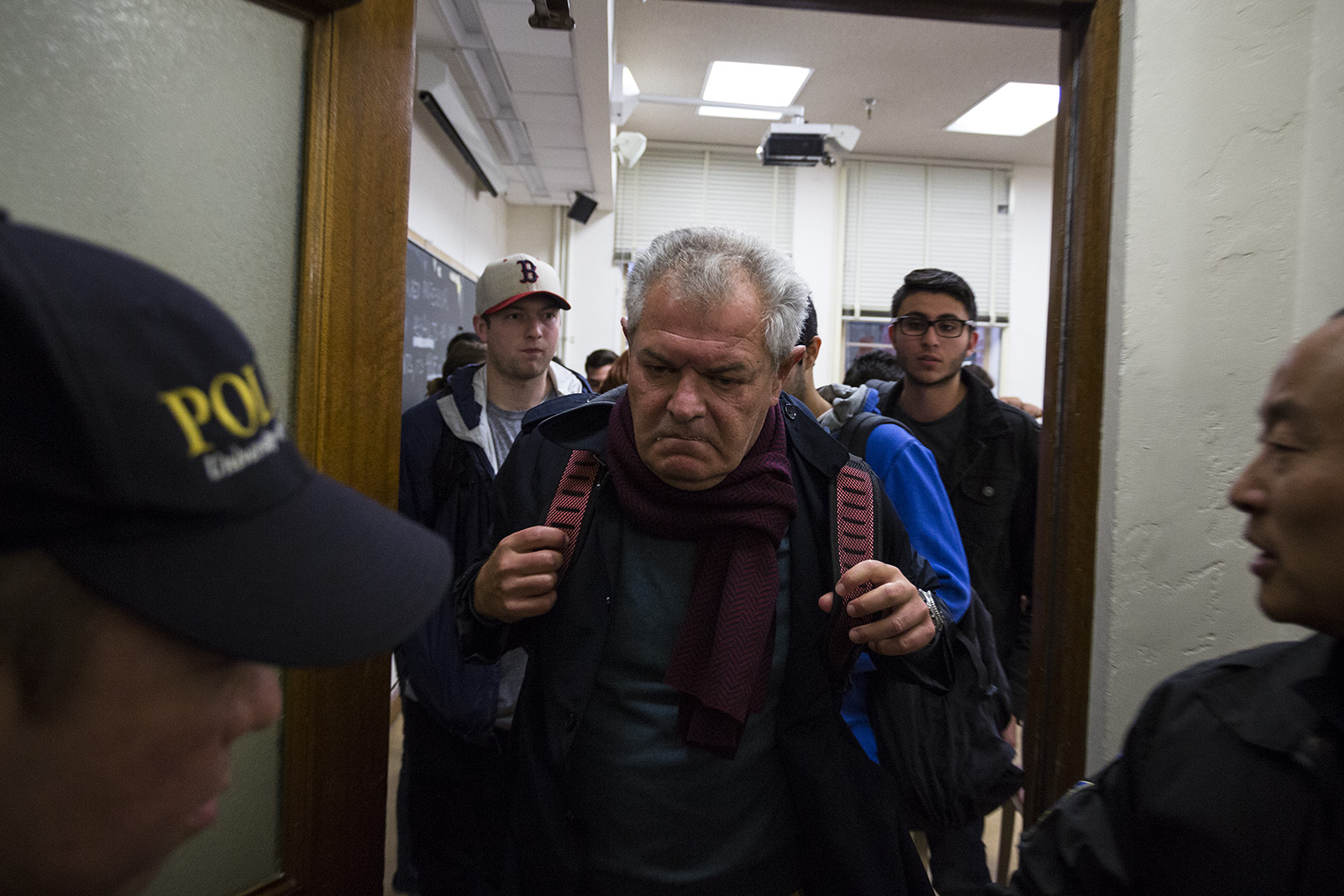 A professor accused of sexual assault in 2013 has lost his employment, said university officials in a statement Monday.

The Office of Equity, Diversity and Inclusion released a statement on its website stating history professor Gabriel Piterberg has also been denied emeritus status and future employment with the University of California. The office added Piterberg will no longer have access to office space on campus.

Two of Piterberg’s graduate students accused him of making unwelcome sexual advances and forcing his tongue into their mouths in 2013. History graduate students Nefertiti Takla and Kristen Glasgow sued UCLA in 2015, saying the university did not properly handle their sexual assault complaints. UCLA suspended Piterberg for a quarter without pay in 2014, and settled the lawsuit with the graduate students in September 2016.

UCLA’s Title IX Office conducted an investigation against Piterberg in 2017 and found that Piterberg committed sexual harassment in violation of the university’s policies, the EDI office said in the statement. It added Piterberg’s removal from his position is a result of settlement negotiations between UCLA and Piterberg.

The university also removed Piterberg from his position as director of the UCLA’s Center for Near Eastern Studies in 2015, required him to attend sexual harassment training and prohibited him from meeting with students individually.

Piterberg resumed teaching classes in January 2017, amid protests by student groups such as Bruin Consent Coalition and Bruins Against Sexual Harassment. However, the history department restricted Piterberg to only using his office during weekends and only holding office hours on campus in the Charles E. Young Research Library during business hours with the office door open.

Piterberg disputes and denies the Title IX Office’s findings, according to the EDI office’s statement.

Chloe Pan, the undergraduate student government external vice president, who helped organize a protest outside Piterberg’s class last year, said she is glad the university has decided to remove him from his position but said she thinks it took a long time to resolve Piterberg’s situation.

“It is really disappointing that it took this many years for the university to solve this case. … and how it took this much organizing by the survivors themselves to create this kind of change from UCLA,” Pan said. “(The survivors) have been sharing their stories for almost five years at this point.”

Pan added she thinks the university’s decision is a step in the right direction but thinks it needs to do more to keep faculty accountable for their actions.

“At the end of the day, it shouldn’t take student organizing for UCLA to hold its own faculty accountable,” she said.