UCLA rowing dominates LMU across all races in home-game matchup 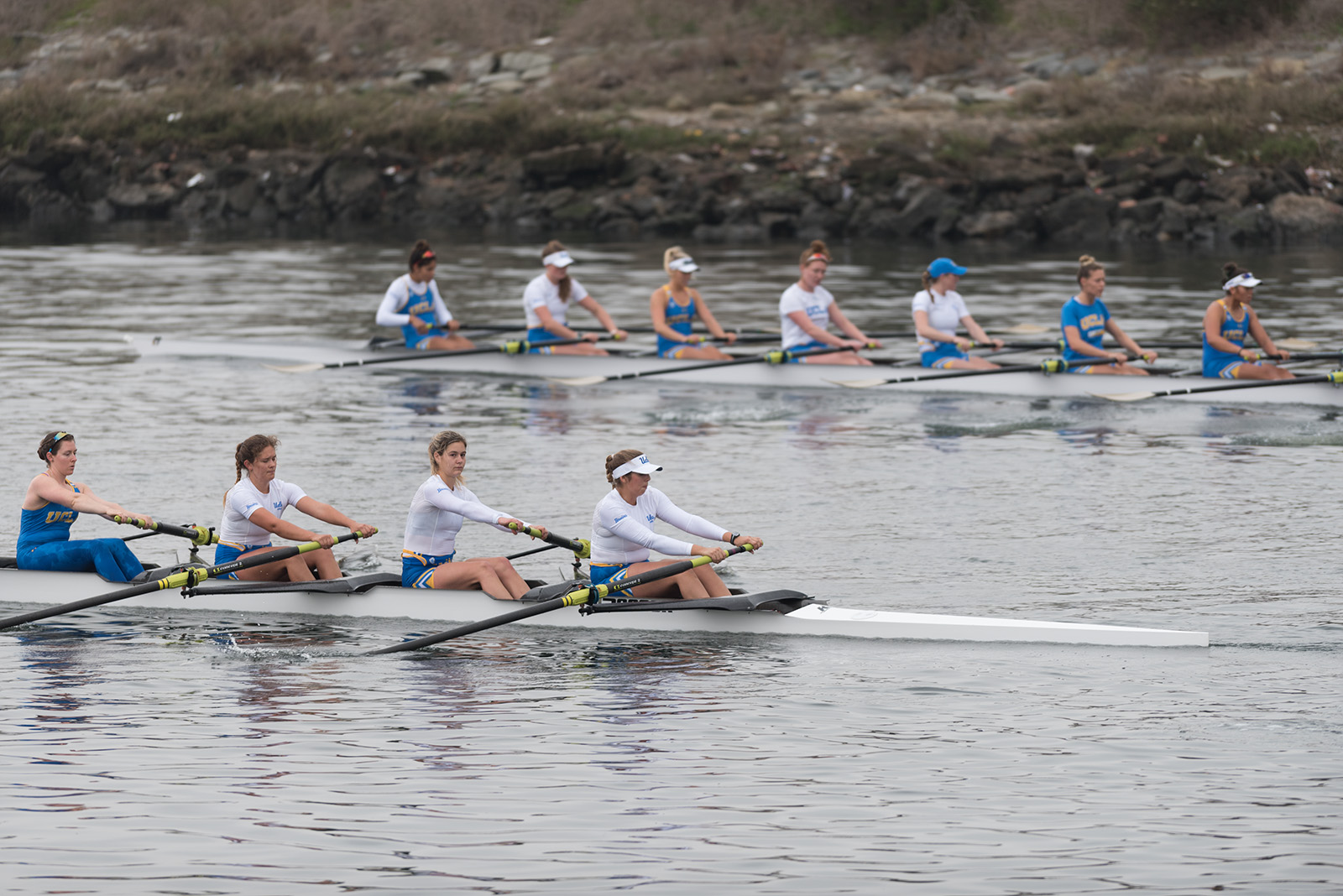 UCLA rowing got a chance to compete in an a few exhibition races against Loyola Marymount, a school that does not have a Division I women’s rowing program. (Daniel Miller/Daily Bruin)

UCLA rowing maintained its dominance in Marina Del Rey, California, this weekend, sweeping every race in their scrimmage with cross-water rival Loyola Marymount.

Going into the races, the Bruins’ varsity eight had a focus on starting their races strong.

“We’ve been trying to practice on our starts and I think it really showed in our race against LMU because we just came off the line and kept taking seats,” said varsity eight coxswain Gray Strandberg. “We came off the start confidently and I think all of our boats showed our speed and hopefully we can keep up this trend for the next few races.”

Despite their strong showing against LMU, Strandberg added that the team was still working on their sprint, which is typically the last 250 to 400 meters in a 2,000-meter race.

“I think we’re trying to refine the sprint a little bit.” Strandberg said. “I think that not having LMU or a competitor right next to us didn’t allow us to get that push that we needed to get the (stroke) rate up and get our boat going at the end, but I think we’re on track to make that improvement for our next race.”

Moving forward, the Bruins will host Pac-12 rival Oregon State for a home duel in Marina Del Rey next Saturday on March 17th.