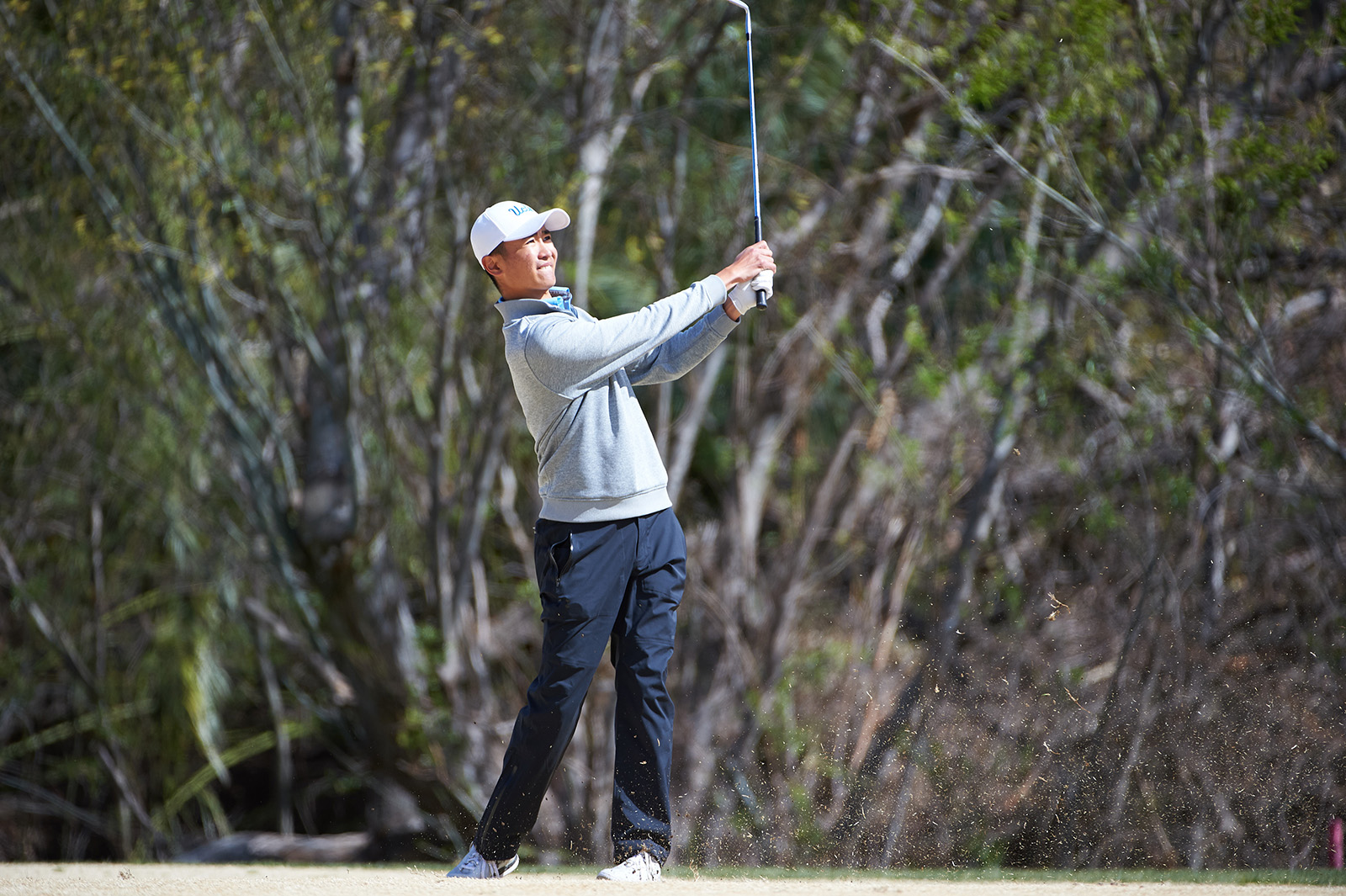 UCLA men’s golf struggled at the Southern Highlands Invitational this week. Sophomore Hidetoshi Yoshihara had the best individual performance among the Bruins, finishing in a tie of 28th place. (UCLA Athletics)

The Bruins headed to Las Vegas on Monday fresh off their first tournament win since 2015.

However, success did not continue for UCLA men’s golf, posting its worst finish since April 1 at the Southern Highlands Collegiate on Wednesday. The Bruins ended the first round tied for fifth place, but it was only downhill from there.

UCLA started strong Monday, finishing day one in a tie for fifth place at 2-over-par. Unfortunately for the Bruins, that would be their best day.

In round two, the Bruins shot 5-over-par collectively, putting them at 7-over for their two day total. They shot three strokes worse as a team, causing them to drop to eighth place.

Sophomore Hidetoshi Yoshihara was one of the few bright spots for the Bruins, scoring an even par while hitting five birdies in the second round. He ended the round tied with junior Cole Madey for 17th place.

Yoshihara fell from 20th to 28th place after bogeying the final hole, tying six other golfers. He especially struggled in the third round, not making a single par on the entirety of the back nine.

Madey also hit his stride too early and had a tough outing in the third round. He finished tied for 56th at 7-over-par with five bogeys and a double-bogey.

On the contrary, freshman Devon Bling struggled in the first round, but rebounded in the following days. After shooting 6-over-par on day one, he shot 2-under-par in the third round, including an eagle and four birdies.

UCLA will return to action in just two days on March 9 at the Jackrabbit Invitational in Boulder City, Nevada.