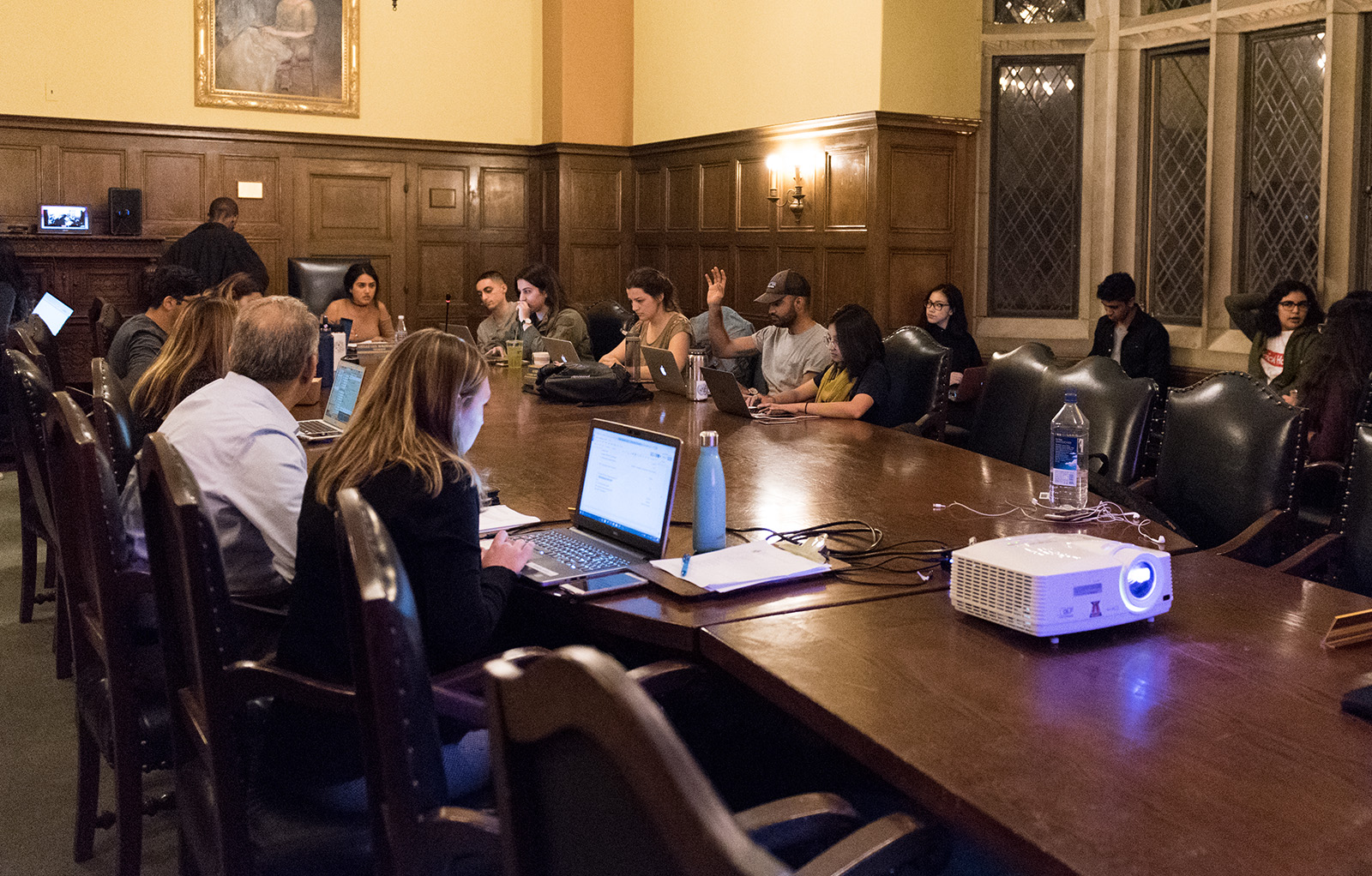 The Undergraduate Students Association Council approved 61 funding applications at its Feb. 27 council meeting. The funding, which was delayed one week because the council did not meet quorum during its Feb. 20 meeting, comes from a university accounting error that failed to allocate hundreds of thousands of dollars in student fees to USAC.

Because the council distributed funding two weeks after applications closed Feb. 13, it voted to allow Student Government Accounting to depart from the usual procedure and allocate funding to student groups for events they had already held. SGA manages funding related to USAC, according to its website.

Roy Champawat, Associated Students UCLA’s Student Union director, said SGA generally does not retroactively fund events, but made an exception to its policy because the delay was caused by the council, not student groups.

Champawat said SGA has earmarked funds for each student group that they will distribute when each group informs the office of how it would like to spend its allocation.

“The money is … just sitting there waiting for the student group to ask for access,” he said. “We try to be a supportive guide in helping student groups to use the money properly, rather than an enforcer.”

Yaj, who helped create the evaluation system, said student organizations that applied were scored on a scale of 1 to 10 for the different criteria, and the totals were then converted into percentages. He said the council used the percentages to determine how much of the requested funding each group would receive.

“In a perfect world, we would give everyone (funding) according to this percentage, but we only had the $100,000,” Yaj said. “So we proportionally allocated the money (by the percentages), but unfortunately, not everyone can get everything they requested.”

Pratik Malshe, the Finance Committee chair, said he thinks the allocation process was conducted in a fair and neutral way because all student organizations that applied were given an opportunity to present their requests at hearings with USAC members and staff reviewing the applications.

“Considering that this situation’s an anomaly, I’m glad with the way the overall process went,” he said. “We allocated in the fairest way possible and I think it’ll have a positive impact for student (organizations).”

Several student groups that applied for the funds said they think the funds will benefit their organization’s operations.

Christian Hurley, external vice president of Bruin Racing, an organization that designs, builds and races off-road vehicles, said the group will use the additional funding to acquire equipment and conduct design research.

“It also gives us the potential to start researching more complicated designs that have previously been unattainable due to budget constraints,” he said.

Kenton Sakurai, a Bruin Dine coordinator, said the extra funds will be used to provide supplies for future events, including trays, plates and hand-washing stations.

Bruin Dine, an initiative that aims to serve food-insecure students and reduce food waste on campus, has had four upcoming events approved after postponing its events in February due to health code concerns.

“The fact of the matter is we all planned to not have (the surplus funds), so it’s mostly a positive,” Sakurai said. “(We’re) glad that it’s available at all.”