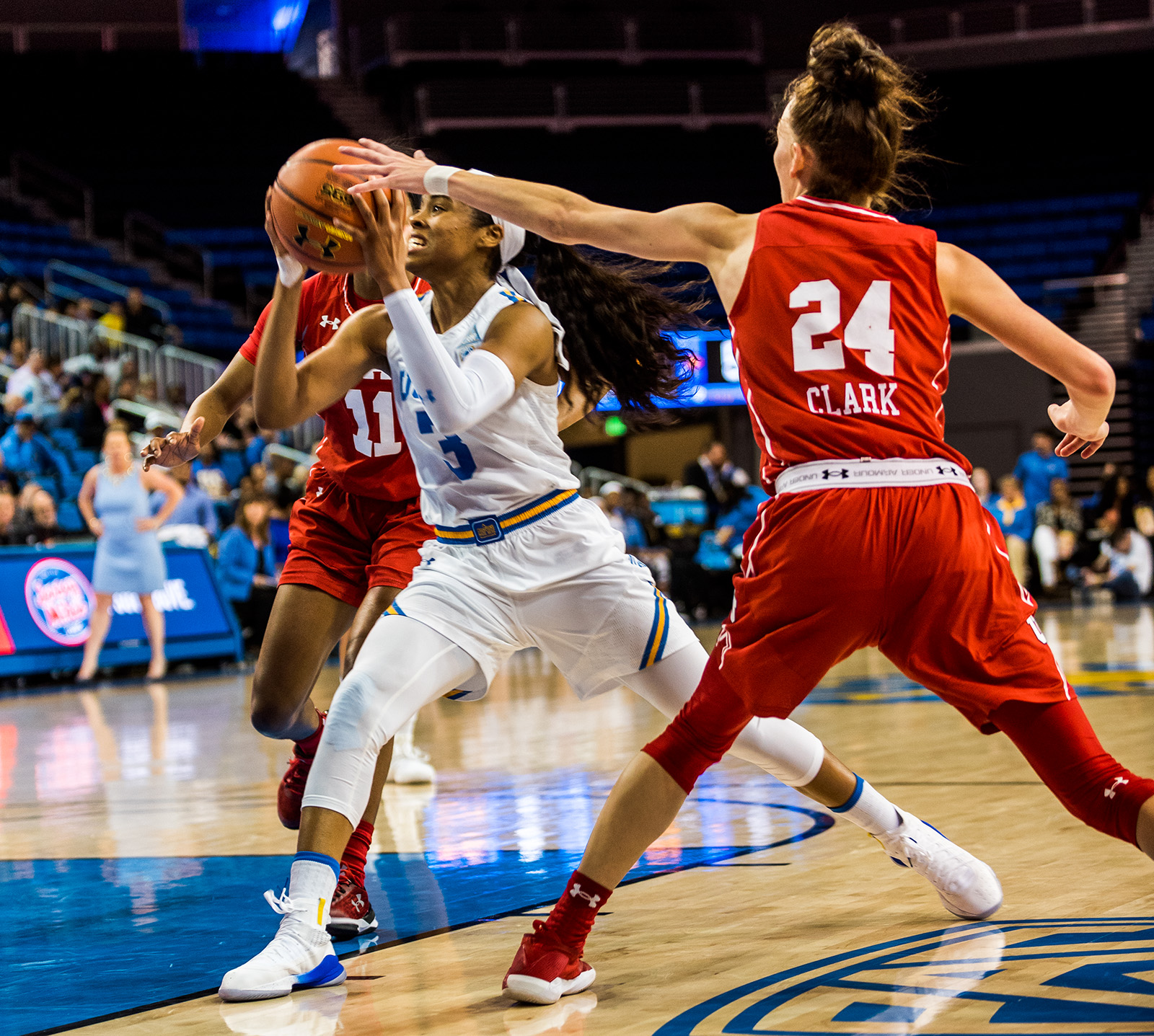 Senior guard Jordin Canada and UCLA women’s basketball will take on the winner of Cal and Washington in the first round of the Pac-12 tournament on Friday. A Pac-12 title is one of the few things Canada has yet to accomplish. (Liz Ketcham/Daily Bruin)

With the regular season in their rearview mirror, the Bruins and coach Cori Close are onto the Pac-12 Tournament to prove that their lofty expectations can still be met.

“We fell short on a few possessions, and we could’ve easily been Pac-12 champions right now,” Close said. “That’s our external reality, but our response to that reality is what is really going to determine our outcomes moving forward.”

No. 9 UCLA women’s basketball (23-6, 14-4 Pac-12) heads to Seattle this weekend for the Pac-12 Tournament as the No. 4 seed, after being picked to finish first in the conference in the preseason Pac-12 Women’s Basketball Coaches Poll. The Bruins will open the tournament Friday against the winner of the matchup between the No. 5 seed California Golden Bears (20-9, 11-7) and the No. 12 seed Washington Huskies (7-22, 1-17).

UCLA went 2-0 against Cal this year and beat Washington in their only matchup on Jan. 26. However, the Bruins went 2-2 in their final four games – three of which went to overtime – losing their spot as the top seed.

Close, however, said she is thankful to have more experience in close game situations this late in the year.

“Right before the tournament, had we won those games by 30 or 40, maybe there’d be different lessons, but the reality is, very rarely do games in the postseason go down like that,” Close said. “I think it’s a great teaching tool for what that feeling is going to be like in the postseason.”

Seniors guard Jordin Canada and forward Monique Billings were the Bruins’ top two scorers this season. Canada averaged 16.3 points and 7.1 assists per game, and she ended the year with three straight 20-point double-doubles.

Canada, who has been to this tournament three times before, said she is well aware of the mental and physical strains it can cause.

“We know what it’s going to be like, playing three games in three days, potentially,” Canada said. “We just have to make sure we’re recovering well, doing what we need to do to take care of our bodies and schoolwork, but just focus on basketball when we step on the floor.”

Billings also ended the season with three double-doubles in a row, capping her final season in which she averaged 15 points and 9.8 rebounds per game.

However, outside of the Bruins’ older core, there are a handful of underclassmen who are playing in the postseason for the first time. Freshmen forwards Michaela Onyenwere and Chantel Horvat have become key pieces of UCLA’s rotation, averaging 17.2 and 16 minutes per game, respectively.

As a senior and a leader, Billings had some stern advice for her younger teammates who are making the trip to the Pac-12 Tournament for the first time.

“It’s a business trip,” Billings said. ”Handle business, and once we win, you can have fun after that.”

Despite her focus on the Pac-12 Tournament, Close was clear about her priorities this postseason.

“We’re trying to be a top, elite program in the nation, not just the Pac-12,” Close said. “I want both, and I’m leading toward both, but if you had to make me make a choice, it would be the NCAA Tournament every time.”

UCLA will open the tournament Friday at 2 p.m., and should it make it to the semifinals and finals, will play again Saturday and Sunday each at 6 p.m.