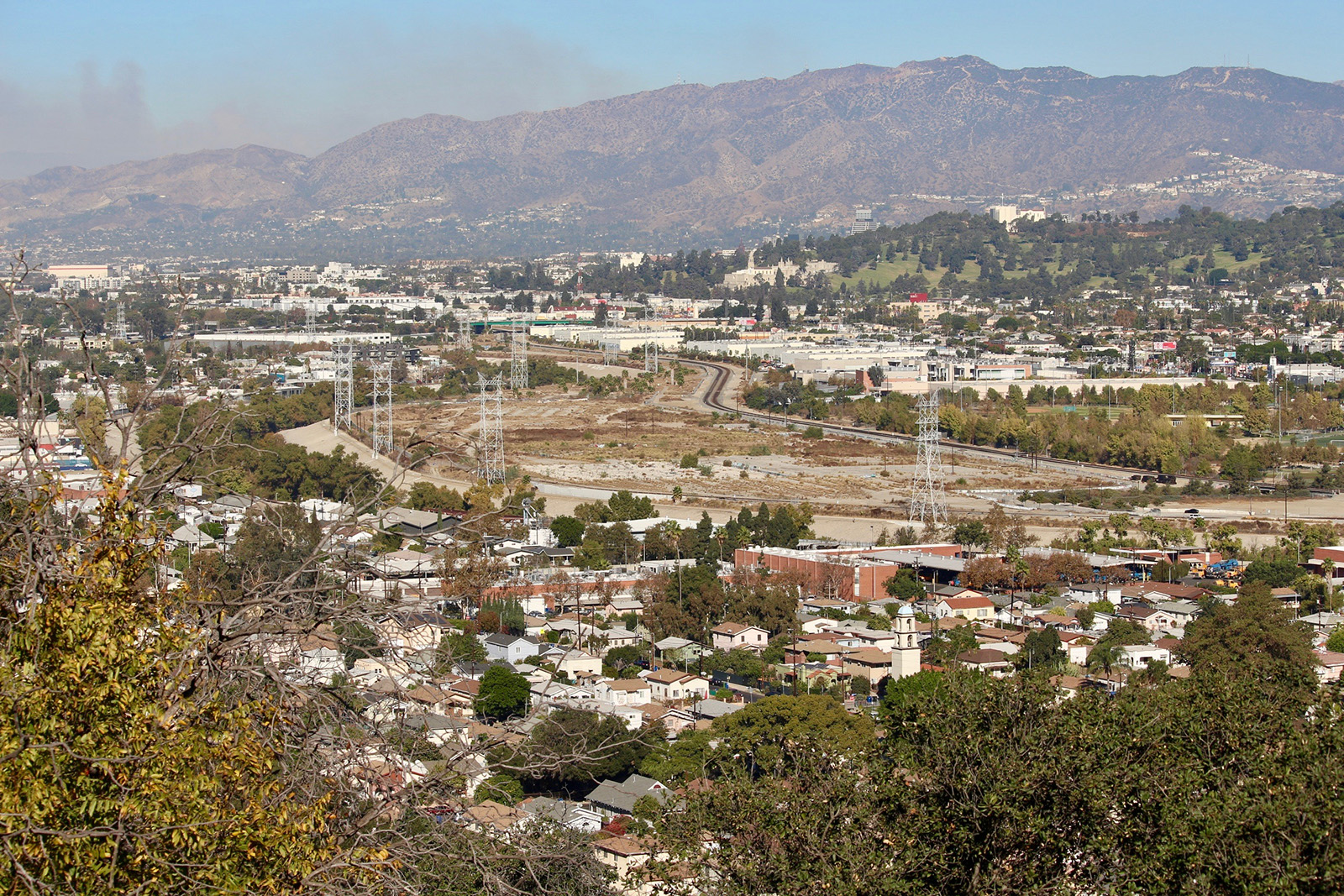 A group of faculty and students have launched a multimedia series on environmental issues, with its first project focusing on an abandoned plot of land with heavy soil contamination.

UCLA’s Laboratory for Environmental Narrative Strategies has partnered with television station KCET to release an online series of short documentaries, articles and other multimedia pieces focusing on environmental issues. LENS and KCET released their first project Feb. 20. The video and articles feature Taylor Yard, an abandoned rail yard located along the Los Angeles River about 15 miles east of campus.

Jon Christensen, an adjunct professor at the Institute of the Environment and Sustainability and co-founder of LENS, said the program aims to explain environmental issues in clear and concise language, and educate viewers on the cultural implications of environmental problems.

“The stories that we tell about ourselves and the environment are as important as the scientific and technical and economic and political dimensions of those challenges,” he said.

Christensen said he wanted to share Taylor Yard’s story after the city of Los Angeles purchased a 42-acre portion of the yard for nearly $60 million in 2017. The stretch of land served as a railroad switching yard for more than a century, he said. Over time, various mistakes and leaks contaminated Taylor Yard with substances like arsenic and lead, along with other volatile organic compounds.

Christensen said LENS employs specialists in many different areas, including anthropology and film and television, to turn environmental stories like that of Taylor Yard into a narrative the public can easily understand.

LENS’ storyline includes articles on Taylor Yard’s past as a railroad switching yard and efforts needed to decontaminate its soil, a photo essay and a short documentary. Its content ranges from issues of gentrification along the Los Angeles River to an interactive map detailing the land’s history.

Spencer Robins, a graduate student in English, wrote an article focusing on various plans proposed to clean up the yard, such as turning it and nearby parks into an open public space similar to Central Park in New York City or to devoting it to buildings and housing.

Christensen said Taylor Yard’s future is not entirely clear because the City of Los Angeles is currently testing segments of the land to fully understand the composition of its contamination.

Although Taylor Yard is mostly abandoned and contaminated, Robins added some people still manage to make use of the land. When he visited Taylor Yard to work on the project, Robins said he came across kids skating around the abandoned rail yard.

“That’s a really important reminder that the river is often reimagined as what it’s going to be in the future, but people make use of it right now, even in its most concrete-bottomed, industrial-looking stretches,” he said.

Courtney Cecale, a doctoral candidate in anthropology who put together the photo essay on Taylor Yard, said she believes LENS’ project can impact the way audiences understand the science and policy surrounding environmental issues.

“When it comes to the LENS project, a big goal has to do with creating new narratives about our local environments,” she said. “As an anthropologist, I’m interested in the ways that I can use my skills to engage with environmental issues in my own communities.”

Christensen added LENS aims to communicate environmental issues in ways that demystify the technical aspects of the science surrounding them.

“This narrative is at the heart of contemporary Los Angeles and the changes that the city is going through as it reimagines itself … for the 21st century,” Christensen said. “How the story gets told and who gets to tell it is going to have enormous important consequences for the future of Los Angeles.”