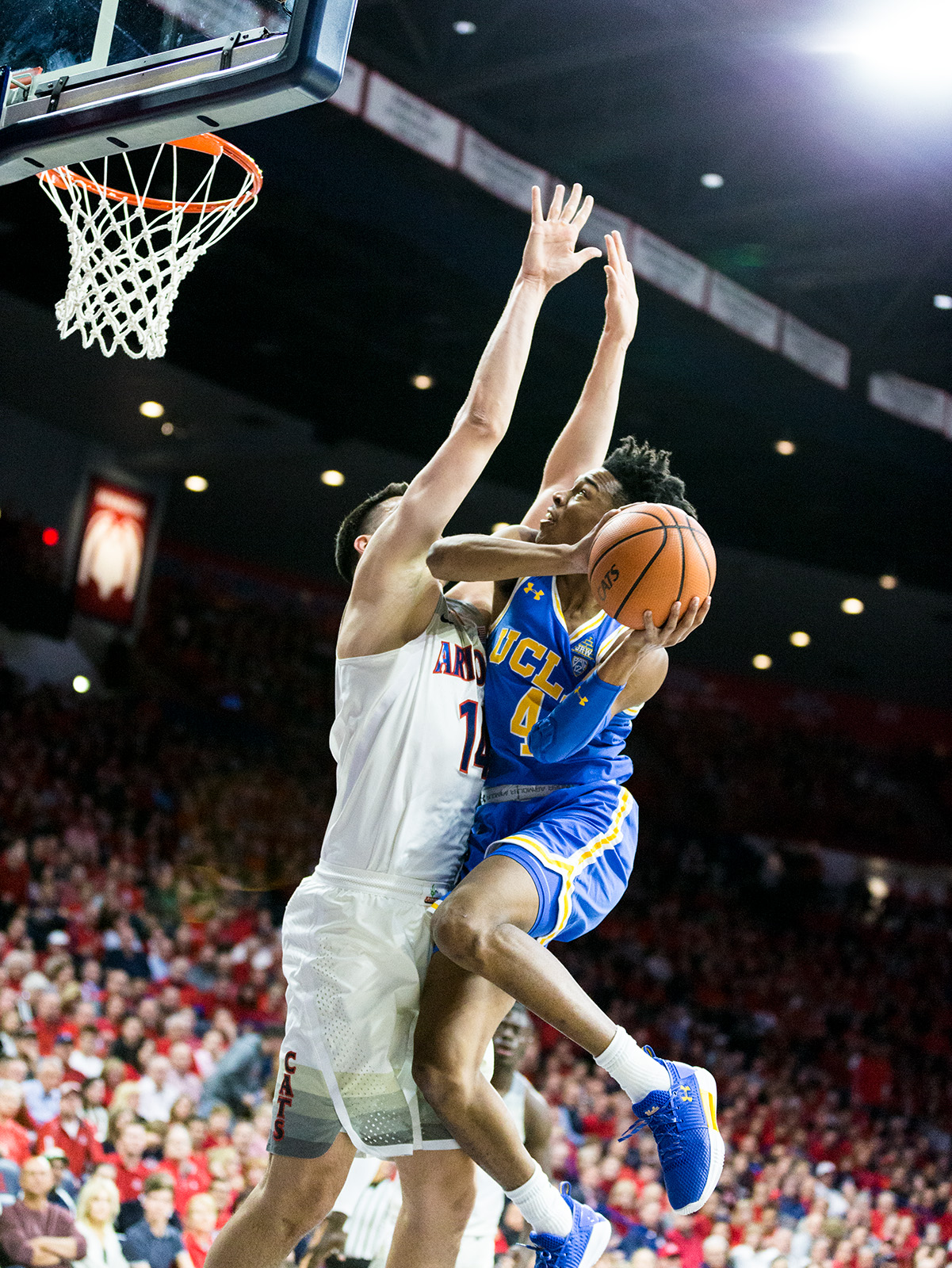 The fight for a bye in the Pac-12 Tournament is getting tighter.

The top four teams in the conference each have the luxury of skipping the first round of the tournament – set to take place on March 7. Arizona and USC are the only teams to have clinched a spot in the top four, with conference records of 12-4 and 12-5, respectively.

Stanford is in control of its own destiny with respect to earning a bye. The Cardinal have a 10-6 record in conference and two more Pac-12 games on their schedule. Winning both will ensure Stanford doesn’t start its tournament run until March 8.

UCLA and Utah are both 10-7 – good for a tie for fourth – with just one more Pac-12 game left to play. Both could end up leapfrogging Stanford, meaning the Bruins and the Utes would get byes.

Perhaps a more interesting situation would happen if the teams stay tied. UCLA would actually hang onto its top-four seed and first-round bye because of its win against Arizona in Tucson earlier this year.

The most recent Pac-12 Tournament handbook available online states that tiebreakers are decided based on how teams have fared against the top team in the conference. This year, that’s probably going to be the Wildcats – who need just one more win to clinch the No. 1 seed.

The Pac-12 regular season concluded this past weekend as the 12 teams head to Seattle for the conference tournament, which kicks off Thursday.

Oregon was crowned conference champion this weekend for the first time since 2000 after defeating both Arizona schools.

If Arizona State (19-11, 10-8) had topped Oregon State, UCLA would have secured the third seed for the Pac-12 Tournament, meaning it would not have to see the Ducks until the championship game.

However, the Sun Devils fell short of the upset, and the Bruins could now potentially face the Beavers in the semifinals on Saturday for the third time this season.

The Sun Devils, dropped both games against the Oregon schools on the weekend, but only lost the games by an average of 8.5 points. Despite Arizona State’s record, seven of its 11 losses have come against top-25 teams.

The Pac-12, arguably the best conference in women’s basketball, now has three teams in the top 10 for the first time this season. The three teams, along with Stanford, earned first-round byes and will compete Friday in the quarterfinals of the conference tournament.

After taking a weekend series over Baylor, No. 11 UCLA baseball (6-1) held strong in the newest rankings released by D1Baseball.com on Monday.

The Bruins will travel to Cal State Fullerton (1-6) on Tuesday, and then return home for an exhibition with NC Dinos, a South Korean team, Wednesday.

UCLA will end the week in Minneapolis for the DQ Classic/Pac-12 vs. Big 10 Challenge where it will take on Illinois, Michigan State and Minnesota – all unranked teams.

Other ranked teams from the Pac-12 have also gotten off to fast starts.

No. 2 Oregon State (8-0) scored 50 runs in five games last week, but did not jump No. 1 Florida (7-1) in the rankings despite the Gators falling to the Hurricanes on Sunday.

No. 8 Stanford (8-0) climbed into the top 10 after starting the week ranked 12th, following a sweep of Rice over the weekend.

USC (6-1) has not lost since dropping its season-opener to Utah Valley, but remains unranked.