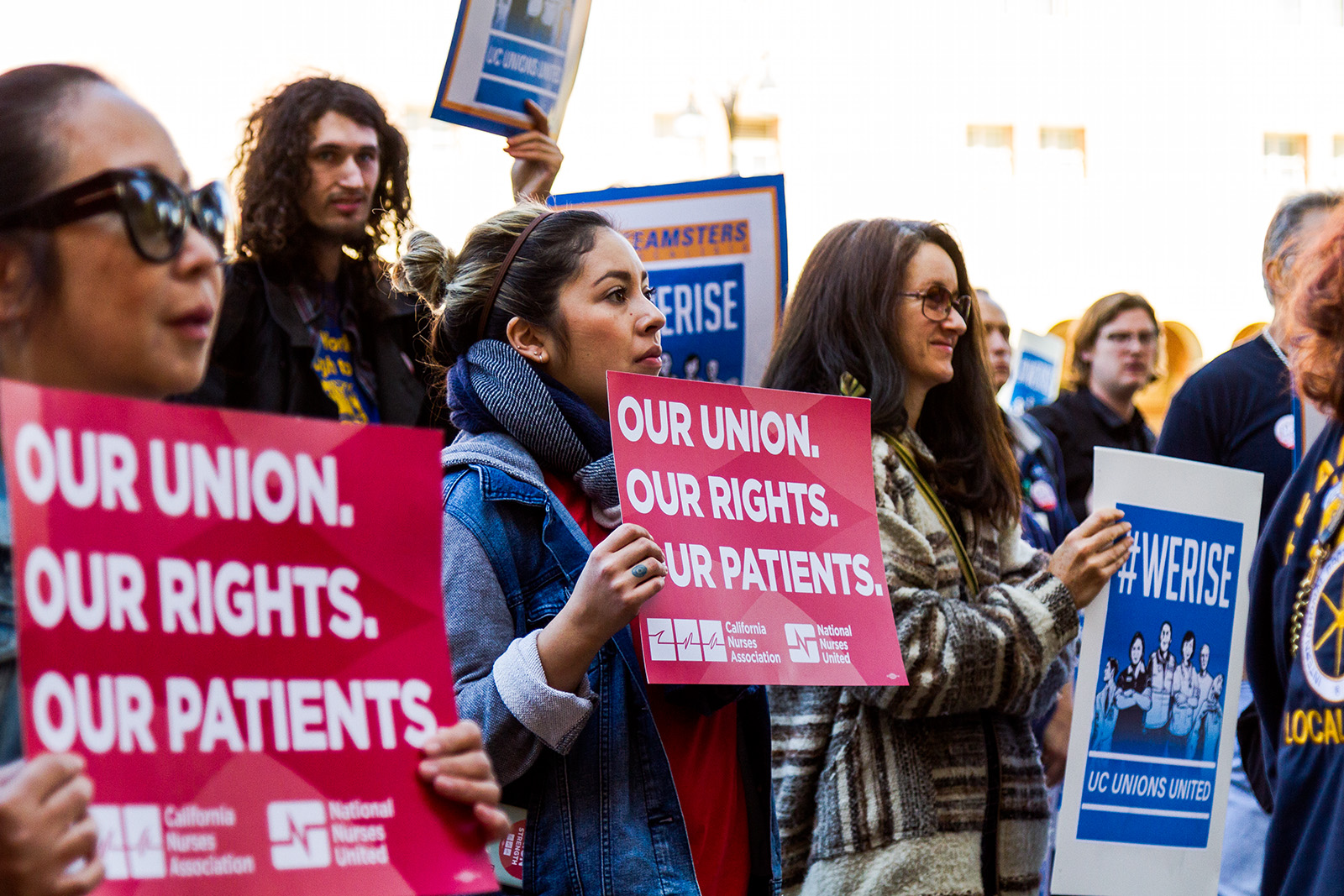 Union members protested a current Supreme Court case in front of Powell Library on Monday that will decide whether nonunion members should pay fees to unions.

About 200 members from several unions, including University Professional and Technical Employees, University of California Student-Workers Union and American Federation of State, County and Municipal Employees called on the Supreme Court to rule in favor of unions in the Janus v. AFSCME case. The case will decide whether employees who are not members of public sector unions, but benefit from the unions’ collective bargaining, should continue to be required to pay union membership fees in 22 states, including California.

Child support specialist Mark Janus’ attorneys argue that forced fair-share fees, which are dues nonmembers must pay to cover the cost of union negotiations, violate first amendment rights because employees may not agree with the political actions or views of the union that represents them.

Protesters chanted, “We will win,” while holding signs that said, “Our Unions, Our Rights, Our Protests.”

“The case threatens the existence of unions,” he said. “People will be able to free-ride on the backs of people who are paying.”

He added UPTE will prevent future employees who join the union from leaving it to secure continued funding for the union.

Marcia Santini, who has worked as a nurse at UCLA for 30 years, said she thinks many employees would not pay the fees if the case passes.

“They would look at it as saving some money, not realizing that our union fights for our wages, patient safety and better working conditions,” she said.

“These employees are absolutely the reason we can study here at the top public university,” they said. “When they organize for dignity and respect, we should support them.”