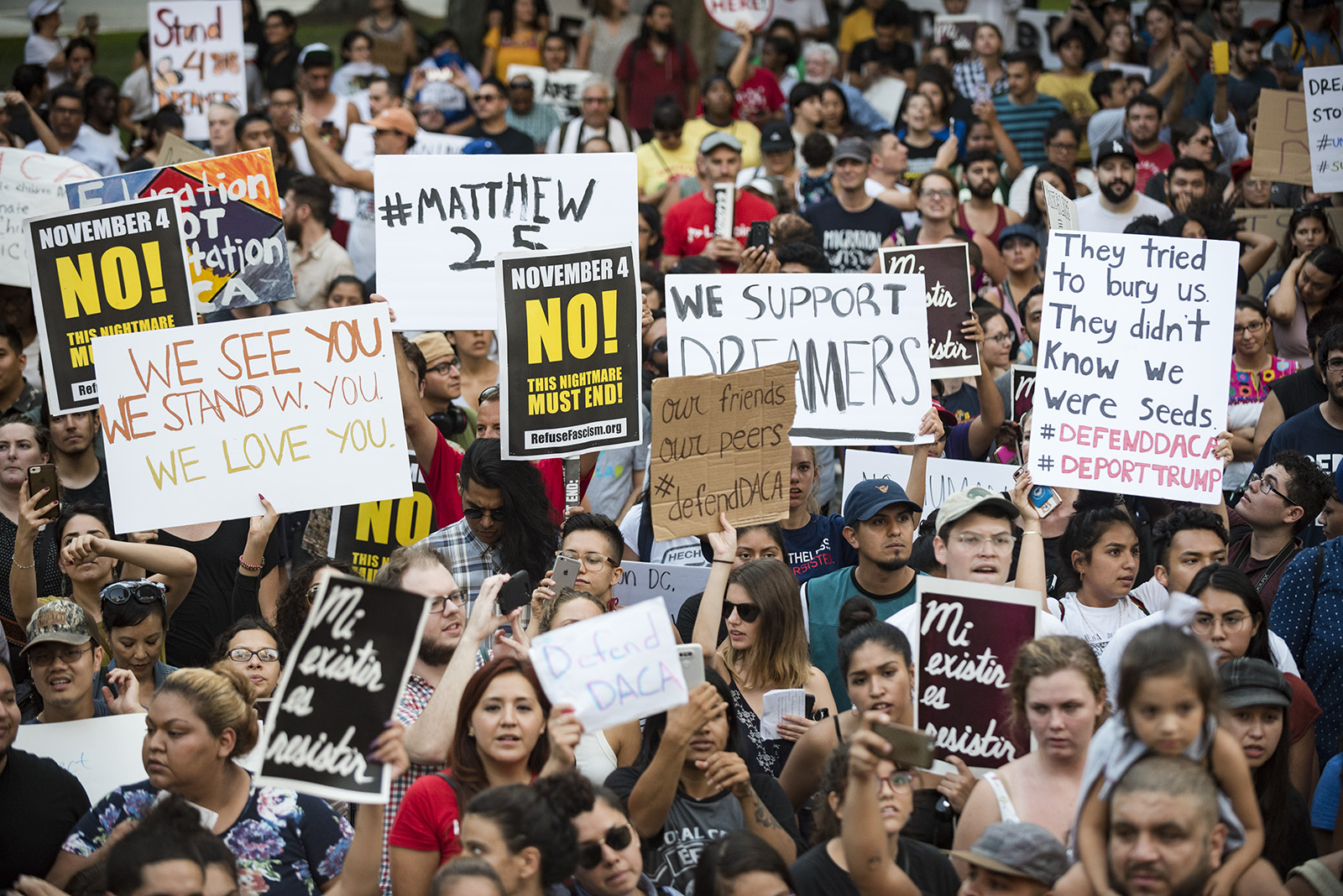 Students have joined protests in support of undocumented students over the past year. (Michael Zshornack/Photo editor)

The Supreme Court refused Monday to hear a petition from President Donald Trump’s administration challenging a lower court ruling that temporarily prevented it from ending Deferred Action for Childhood Arrivals.

In September, Trump ended DACA, a 2012 program that deferred deportation for undocumented individuals brought to the United States as children. The University of California and the state of California filed lawsuits in September against the Trump administration, claiming it was unconstitutional to end DACA. So far, two federal district courts have ruled the administration’s action to be illegal.

William Alsup, the federal judge in San Francisco who ruled on the UC’s lawsuit, ordered the Department of Homeland Security in January to process renewal applications from individuals who were previously covered by DACA while courts review lawsuits filed to protect the program. In January, the Trump administration appealed Alsup’s decision to the 9th U.S. Circuit Court of Appeals and filed a petition with the Supreme Court.

Although the Trump administration was scheduled to end the program March 5, under this ruling, current DACA recipients will continue to be able to renew their status past that date.

The UC said in a statement it supports the Supreme Court’s decision to deny the Trump administration’s petition because it thinks the petition inappropriately short-circuited the appeals court.

“We look forward to defending U.S. District Court Judge Alsup’s injunction in the Court of Appeals,” the statement said.