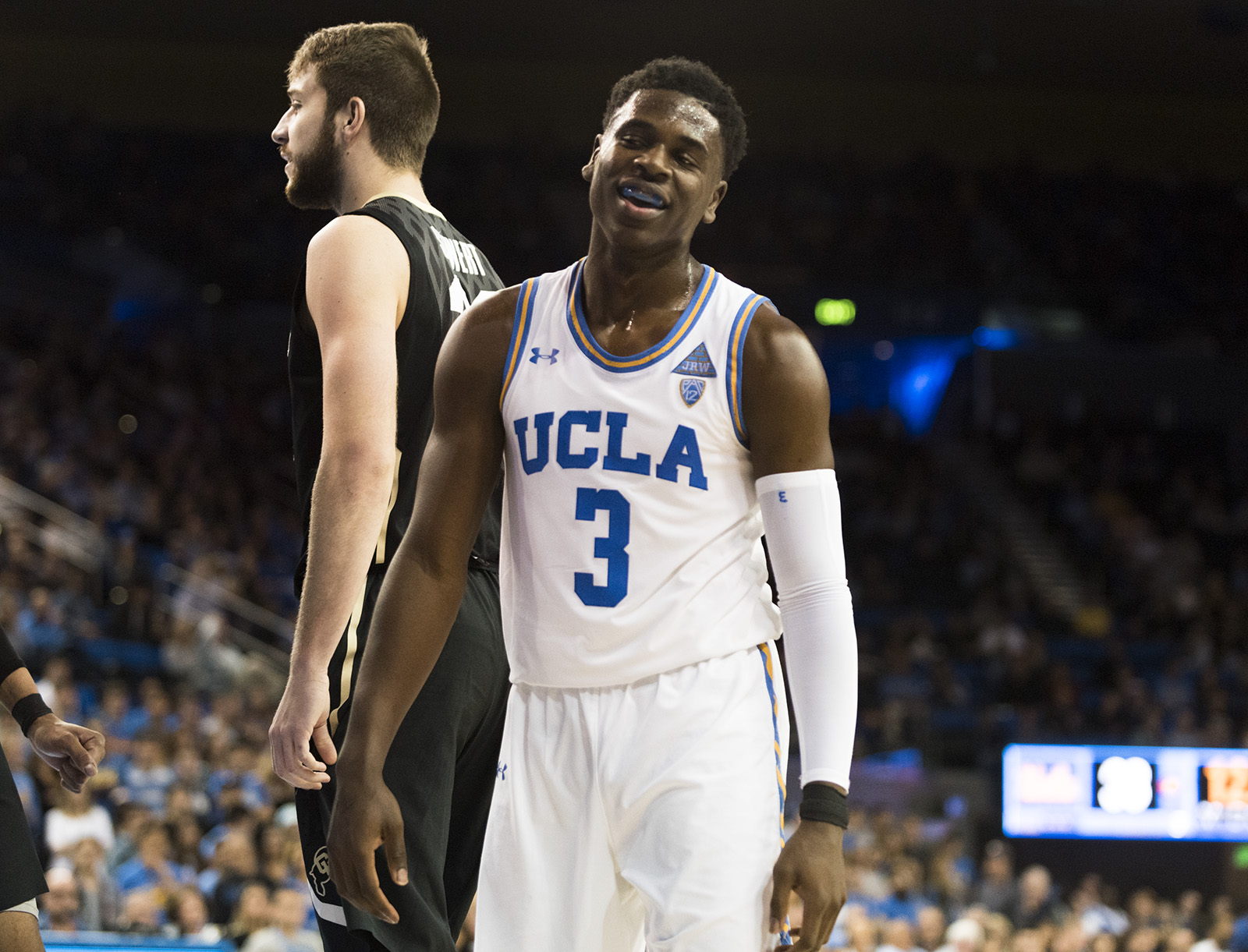 UCLA’s game against Colorado was a microcosm of the Bruins’ NCAA tournament hopes.

Colorado hit 10 3-pointers and scored 1.324 points per possession in the first half as the Bruins’ defense wilted in a 80-76 loss to the Buffaloes on Sunday afternoon.

UCLA rallied from a 10-point deficit to go up 56-54 with 8:41 left, but Colorado sealed the game with a subsequent 17-1 run. Five Buffaloes scored in double figures, led by senior guard Dominique Collier’s 19 points.

The Bruins played like their backs were against the wall in the last two minutes of the game, hitting three 3-pointers and a layup to cut their deficit to single digits as the Buffaloes struggled from the free throw line.

But Colorado had built a large enough cushion behind 14-of-30 shooting from beyond the arc. Its successful 3-pointers were often the result of a UCLA player not picking up his defensive assignment and allowing a wide-open 3-point attempt.

Junior guard Aaron Holiday picked up a technical foul four minutes into the game after yelling for a foul call as he banked in a short jumper. He led UCLA with 12 points in the first half but didn’t hit a field goal in the second half until less than a minute remained, finishing with 21 points on 6-of-19 shooting.

The Bruins were on the precipice of an improbable last-minute comeback, but Buffalo guard George King intercepted Holiday’s pass with 20 seconds left and hit a couple of free throws to ice the game.

Aside from freshman guard Kris Wilkes, who scored 12 of his 20 points in the second half, UCLA’s offense was invisible for the vast majority of the game.

Redshirt sophomore guard Prince Ali was the only other Bruin in double figures, as he finished with 11 points. Senior center Thomas Welsh only made one field goal in the first half and finished 2-of-8, and freshman guard Jaylen Hands only took four shots, three of which were 3-pointers.