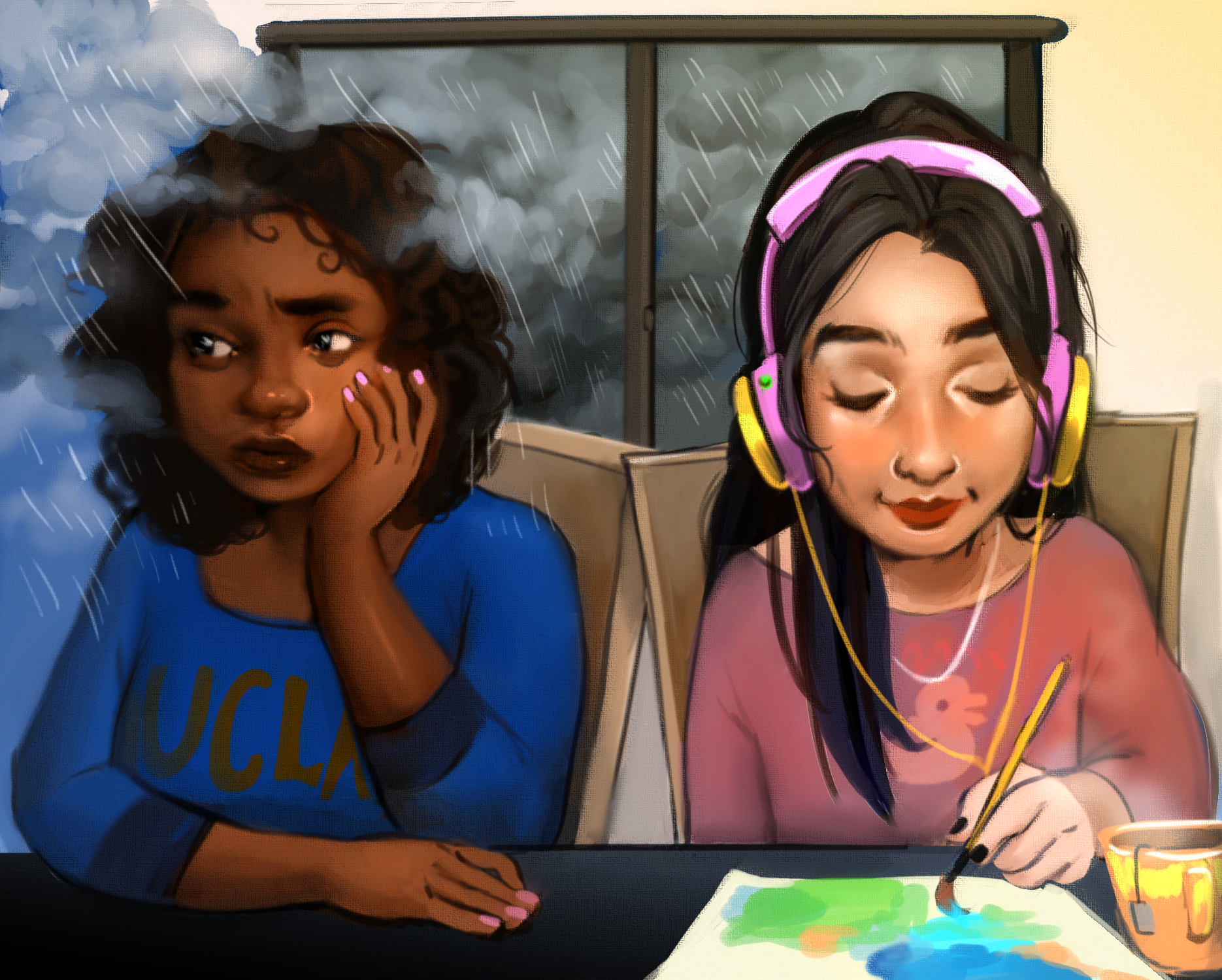 I walk to class and admire people’s outfits nearly every day. Generally, I will gush over someone’s cute crop top or a pair of Yeezy shoes I want, but since the beginning of February I’ve noticed a change. People are now bundled up in coats and scarves, with their hands in their pockets and their shoulders close to their ears. The sun is still out, so many people pair their cold-weather ensembles with flip-flops – but nonetheless, the switch in fashion indicates that winter has set into California.

Winter orchestrates a change not only in fashion, but also in mood. The somber season is often associated with melancholy, as the days are shorter, the skies take on a gray hue and the cold zaps the energy out of flora and people alike.

The change in mood due to seasonal change is called seasonal affective disorder and while it can affect a person during any seasonal change, it is generally attributed to fall and winter.

Even though the sun is still shining on UCLA, Bruins are not exempt from some of the symptoms of SAD, which include change in appetite, tiredness and weight gain. To see how students manage winter gloom, I asked students what they did to combat the more negative moods of the colder months.

“I call my mom often and try to get some sleep.”
-Amiri Irish, second-year mathematics student

“I keep with my routines. I don’t just stop because of winter.”
– Justin Van Ligten, second-year history student

“I try to get out into the sun.”
-Brianna Moran, first-year political science and psychology student

“I try every morning to do stretches or a yoga routine. It helps me wake up and check in with my body.”
-Alana De Hinojosa, doctoral Chicana/o studies student

“I like to do nothing. I like to reward myself with being lazy.”
-Josue Llamas, fourth-year English student