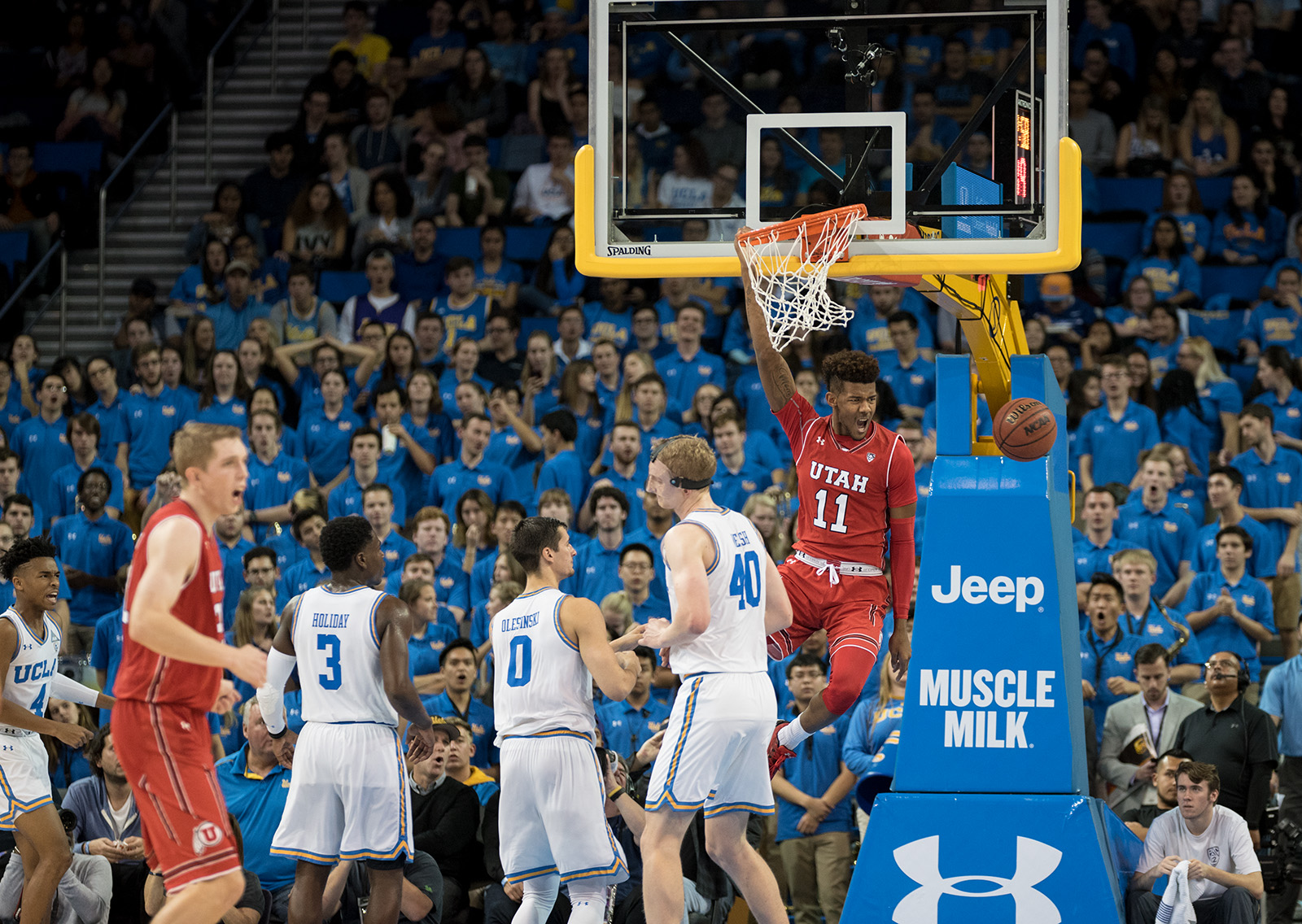 UCLA found a way to beat Utah when the Utes visited the Bruins in February, but UCLA couldn’t take down Utah in Salt Lake City on Thurday night. (Mackenzie Possee/Daily Bruin senior staff)

By David Gottlieb and Ryan Smith

After jumping out to a 22-15 lead with 12:29 left in the first half, the Bruins found themselves looking up at the Utes for the majority of Thursday’s game, which Utah claimed 84-78.

The Utes opened up the second half with a 7-0 run to further bury the Bruins, who relied on their veterans to trim the deficit to just 3 points. Over the next 10 minutes, junior guard Aaron Holiday and senior center Thomas Welsh scored 18 of the Bruins’ next 23 points, including 13 from Holiday alone.

With just under six minutes, freshman guard Chris Smith made a successful close-out on a corner 3-point attempt by Utah’s Gabe Bealer, but forward David Collette gathered an offensive rebound over four Bruins and put the Utes back up by five with a layup.

Welsh put the Bruins within one later in the half, nailing a 3-pointer off of an assist by Holiday, but Bibbins dished out an assist of his own on the next play to give the Utes a 3-pointer.

The 6-foot-1, 185-pound Holiday was the bigger man in his defensive matchup for one of the first times all season – up against the 5-foot-8, 150-pound Bibbins. Nonetheless, Bibbins notched a his third double-double of the season with 17 points and 10 assists.

Utah also saw a perfect shooting performance out of Collette, who went 9-of-9 from the field for a team-leading 21 points.

Holiday led UCLA with 23 points on 9-of-19 shooting including going 3-of-7 from beyond the arc. Welsh was second with 15 points.

The Bruins won the rebounding battle 38-30, but issued 13 turnovers to the Utes’ 10. Senior forward GG Golomon and freshman guard Jaylen Hands each had three turnovers.