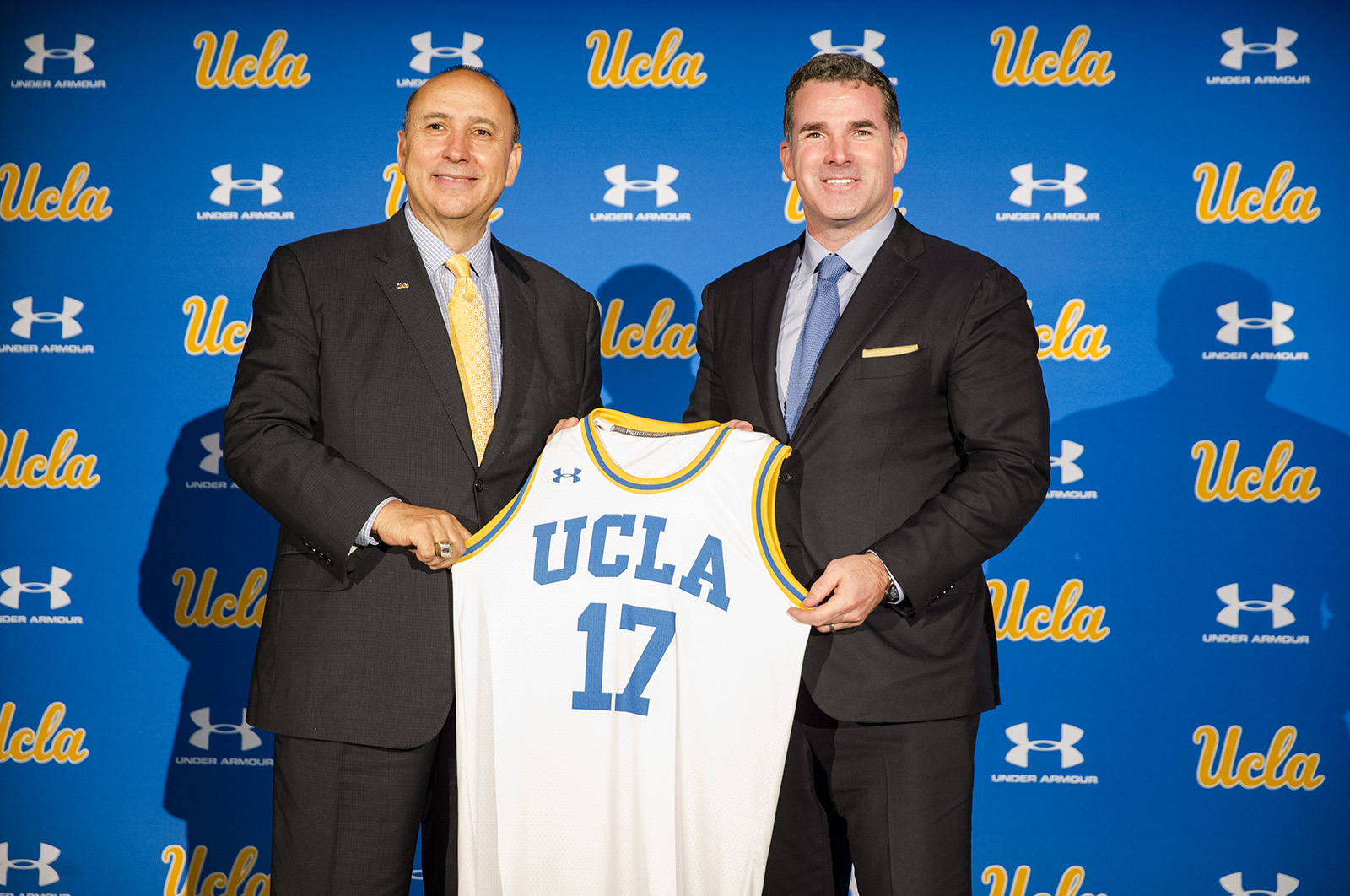 While Under Armour’s apparel has been well received by UCLA track and field, the companies spikes have been causing some of the athletes trouble that may inhibit their performance. (Daily Bruin file photo)

Although UCLA’s track and field athletes wear Under Armour jackets, spandex and shorts, many of them still compete in shoes or spikes made by the company’s direct competitors, such as Nike, Asics and Adidas.

“You’ll see a lot of the team wearing all the other Under Armour gear, but then you’ll be seeing every other brand of shoes because we’re just trying to find what works best for our feet,” said senior heptathlete Kendall Gustafson. “Under Armour is not traditionally a track shoe company.”

UCLA replaced Adidas with Under Armour as the school’s athletic apparel sponsor after agreeing to a 15-year, $280 million contract with Under Armour in 2016. The deal represented the most lucrative apparel or shoe deal in collegiate athletic history.

Some members of the UCLA track and field team, however, have encountered difficulties with the change in footwear. Some athletes said the equipment provided by Under Armour is fragile, while others said Under Armour does not carry the kinds of shoes necessary for their events.

The team’s jumpers do not receive spikes from Under Armour at all, said senior Jelvon Butler. The only track shoes the company manufactures are sprint spikes and distance spikes.

Some athletes have reported even more haphazard experiences with the new shoes. Several sprinters have experienced Achilles injuries at the start of indoor season, Gustafson said.

“We’re kind of working with them to help create a better sprint spike. … For this year, it’s kind of a trial and error with the shoes,” Gustafson said.

A spokesperson for UCLA Athletics said an approved third-party product can be utilized if Under Armour does not make the product. This applies to all sports, not just track and field, the spokesperson said.

“I’m hoping that (the development of better shoes) comes about in the future,” Gustafson said. “I think some people like them, but I think that the general consensus is that some of us are happier in our other shoe brands.”