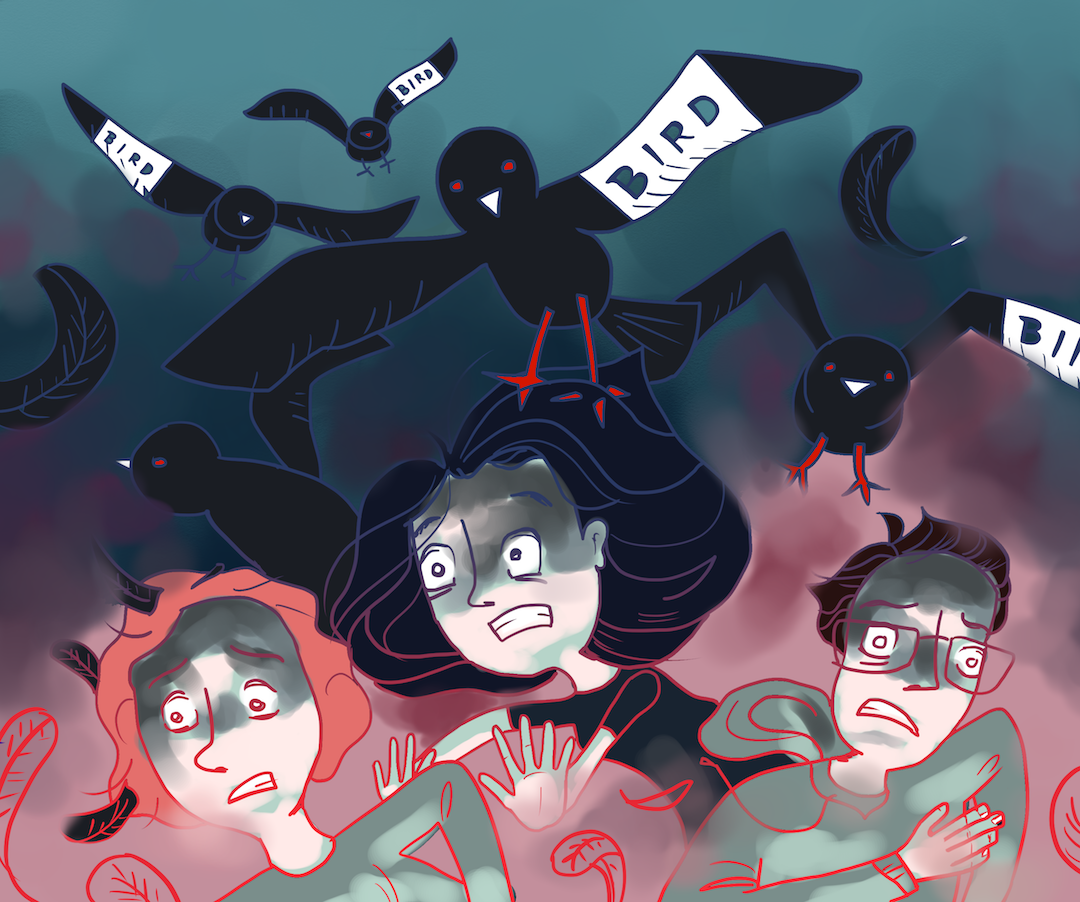 Step aside, Bruin Bear. UCLA has a new contestant for school mascot – the Bird scooter.

One night, the community went to sleep peacefully. The next morning, the Birds had appeared in large packs around the neighborhood – a silent mechanical invasion. They’re black, branded and can be found parked in front of campus buildings or being ridden by students up and down Bruin Walk.

To ride a Bird, students must find a scooter and unlock it using the “Bird – Enjoy the Ride” mobile app. Riders need to have a driver’s license or permit to rent the scooters. They must wear a helmet at all times, only travel on streets and cannot have passengers or drive against the traffic.

Bird Rides, Inc. posts these requirements in its mobile app and on every scooter. But you’d be hard-pressed to find somebody who actually follows these rules.

The Santa Monica Police Department issued 97 citations to Bird riders between Jan. 1 and Feb. 6 for various traffic violations, according to The Washington Post. At UCLA, university police finally took action, stopping 46 students Friday who were not following proper transportation laws, issuing three citations and dishing out warnings to the other 43.

Birds are being operated at the expense of pedestrian safety on campus. UCPD enforces dismount zones, or areas where students must get off bikes, scooters or skateboards, such as on walkways leading to the Hill and to Powell Library. However, Bird riders are incentivized to break these rules because students can park their scooters anywhere and have little incentive to walk them.

Birds are already equipped with GPS trackers, and much like how Uber and Lyft restricted where riders can be picked up last year, Bird could prevent students from parking scooters in areas they’re not allowed to ride them, such as on Bruin Walk and Bruin Plaza, or in front of most campus buildings. It could do this by continuing to charge riders until they move scooters to permissible locations. Doing so would ensure riders would find their scooters in areas that are legal to ride in, making it more likely they would follow the law.

Bird scooters can travel up to 15 miles per hour, five times the average walking speed. Areas like Bruin Walk are designed for pedestrians and are usually crowded, and riding Birds in those areas increases the chance of serious collisions with pedestrians or other riders.

In fact, accidents have already been pretty bad. The Santa Monica Fire Department responded to eight accidents involving Bird scooters between Jan. 1 and Feb. 6, which led to injuries that include a head trauma incident and an arm fracture, according to The Washington Post.

UCPD Police Community Services Division Lt. Kevin Kilgore said UCPD enforced the Bruin Walk dismount zone Feb. 16 because of the overwhelming number of complaints about students disregarding its rules. He added, however, the scooters can’t be completely banned on campus, because there are several public roadways that run through it.

But Scott Cummings, a professor at the UCLA School of Law who specializes in business and local government law, said the university could place reasonable restrictions on Bird’s on-campus activities.

Cummings said it was legal for the university to request Bird Rides, Inc. to, for example, program its scooters to only accelerate when on a roadway, or to beep when ridden in illegal areas – something the scooters already do when they’re moved by people who haven’t paid to ride them.

Bird should use scooters’ GPS trackers and map data to prevent riders from parking scooters less than several feet away from a roadway or bike lane, thereby keeping their scooters near the streets users are allowed to ride them on. The no-parking zones could be clearly marked in the app, which would continue to charge riders until they moved scooters to suitable parking areas. Bird could also easily update its software to have scooters beep repeatedly if stopped for too long in invalid parking areas.

Of course, it might seem like students are ostensibly knowledgeable about common sense traffic rules like not riding scooters without wearing helmets. But even the company doesn’t see things this way.

Bird’s lead mechanic for the Westwood area, known to students only as Eric, said most riders in the neighborhood have trouble even operating the scooters properly.

“Most problems I have to fix happen because riders don’t have common sense,” he said. “They drop the scooters and do stupid things to them.”

Those are harsh words coming from a company that chose UCLA as its third-ever location to drop Bird scooters.

And while it may seem Bird can wipe its hands clean of these kinds of concerns, George Abe, a lecturer in the UCLA School of Law who specializes in entrepreneurship, said it could be a problem for Bird Rides, Inc. if customers use its service in violation of state law, because UCLA can ask them to leave campus if they continue to do so.

Bird has already started to amend its service to better follow local laws, such as updating its app to require riders to enter their drivers license information. It wouldn’t be hard or detrimental to the company to enforce no-parking zones at UCLA, especially when pedestrian and rider safety is at play.

Bird scooters are a delight to exhausted college students, and the allure of an easy uphill journey is immense. But if Bird Ride, Inc. wants a seat at the table, it needs to start playing by UCLA’s rules.