Gymnastics falls to No. 3 Utah as result of poor floor performance 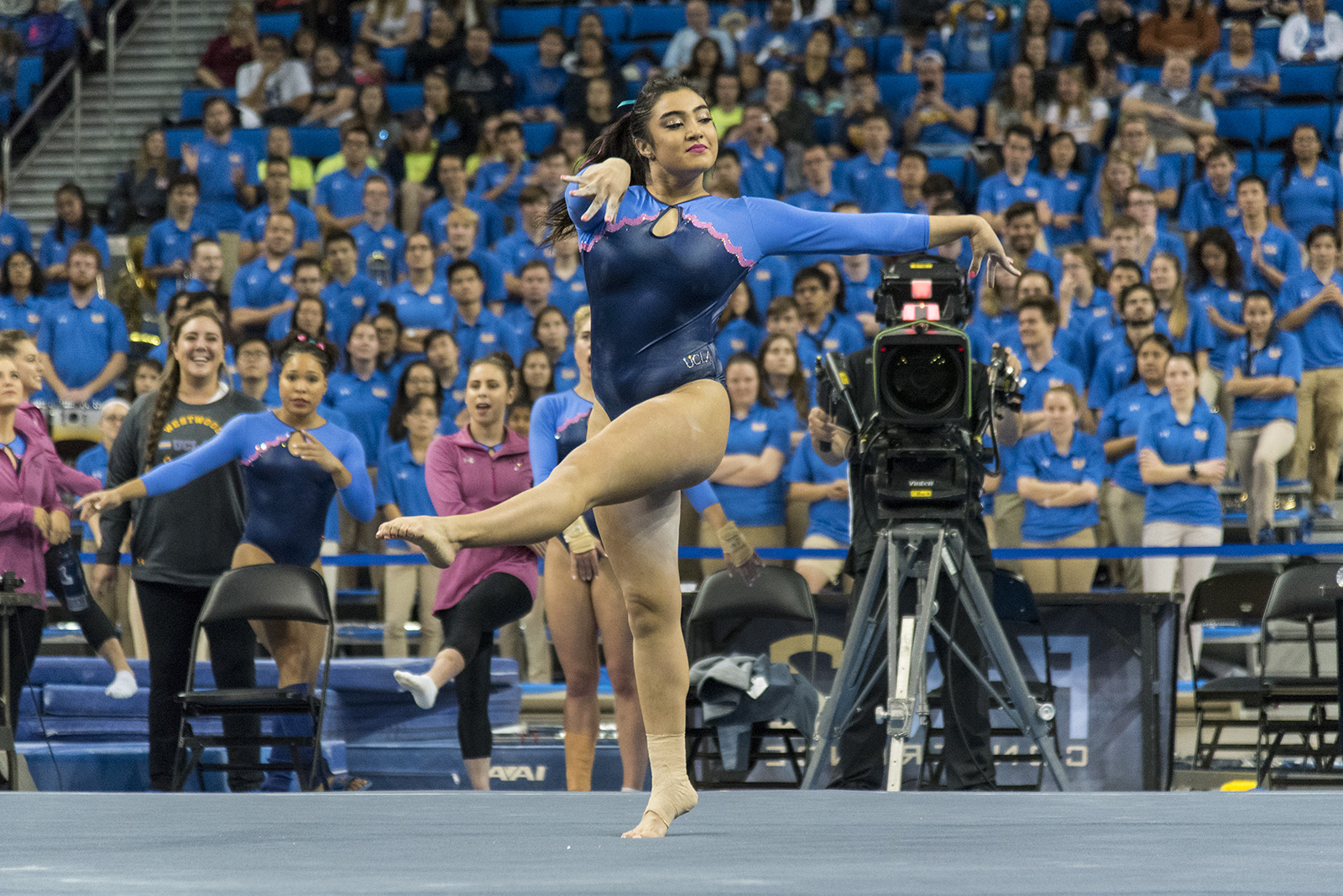 For the second time this month, the Bruins came up just short against a highly ranked opponent.

The Bruins started out with their second-best vault score of the season, 49.450, to take an early lead. Freshman Nia Dennis scored a leadoff and team-high 9.950.

Both teams tied on the second rotation to maintain the UCLA advantage. The Bruins scored a 49.400 on balance beam, allowing the Utes to tie it going into the last rotation.

UCLA struggled on the floor. Three gymnasts stepped out of bounds, giving the Bruins a 49.275, tied for their second-worst of the season.

Coach Valorie Kondos Field said it felt like an off night for her team as a whole.

“This was one of those meets. It seems like (it happens) every single season,” Kondos Field said. “(Sophomore) Kyla (Ross) was off. (Redshirt senior Peng-Peng Lee) was off. There were not many people who competed flawlessly. Everyone who had a flawless routine had one issue.”

Sophomore Felicia Hano, who scored a 9.925 and 9.975 on vault and floor, respectively, said she had confidence going into her floor routine, even with the Bruins down.

“(Junior) Katelyn (Ohashi) pulled me aside and talked to me,” Hano said. “She told me, ‘Don’t worry about it. Do your normal. Because our normal is what’s going to get a good score.’ I didn’t feel any pressure.”

Ross was the only Bruin competing in the all-around, scoring a 39.475. She said she was glad to be back in all four events after only competing in one event last weekend.

“I do not like doing one event. It’s easier for me to be on all events to keep my mind from wandering,” Ross said. “It was a nice rest, though. My body definitely needed it. It does take a toll. And it’s inspiring to see so many new faces on the events.”

The Bruins competed with 14 gymnasts, compared to nine for the Utes. This comes a week after Kondos Field used 17 gymnasts against No. 23 California (6-4, 2-3). Kondos Field said this was a benefit of having a large roster.

“Right now our strategy is to rest people that need to rest. We’re going to be mixing up the lineups,” Kondos Field said. “If someone shows up, and they’re just not feeling it that day, you can plug someone in and they’re ready to go.”