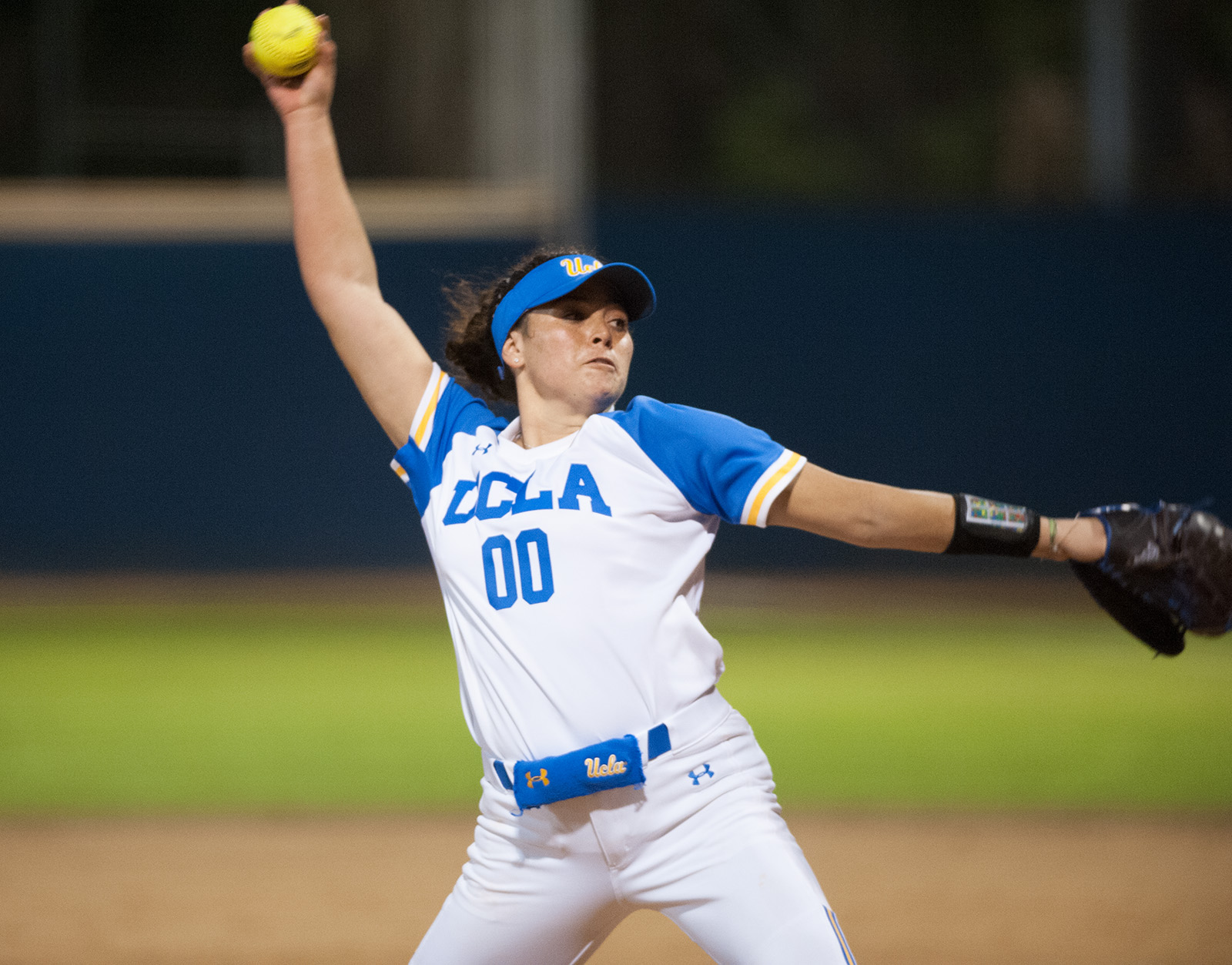 The unranked Fordham Rams put just a single runner on base against No. 4 UCLA on Thursday night.

It has been years since the Bruins’ (6-0) last perfect game, and redshirt sophomore pitcher Rachel Garcia was one away from the feat.

Down 4-0 in the bottom of the seventh and at its very last out, Fordham infielder Skylar Johnston hit a shallow pop-up toward the rear of the infield that junior infielder Brianna Tautalafua was unable to make a play on – it was the Rams’ only hit of the night.

In what was its first game of the year, Fordham finished with just one hit, four errors and no runs on the board and an overall record of 0-1.

That one blemish aside, Garcia was perfect. She recorded a personal best of 17 strikeouts against 22 batters. That’s just one more than the absolute minimum for a full seven-inning softball game.

In the 45 games she pitched in last year, Garcia never logged more than 12 strikeouts. The sophomore had never been so close to perfection, either. She has pitched a complete one-hitter game before, but gave up four walks in that game against BYU.

Garcia was also efficient against the Rams. She tossed 97 pitches in total and averaged just 4.4 pitches per batter.

As for the Bruins’ offense, four separate players made UCLA’s four runs. Senior infielder Kylee Perez drew first blood in the third inning, singling through the right side of the field and scoring freshman infielder Kinsley Washington.

Later, in the bottom of the fourth, Washington singled to score junior catcher Taylor Pack. In her next at-bat, Pack reached on a fielding error by Fordham right fielder Kelly Bright and Bubba Nickles scored.

The Bruins maintained their flawless record after Thursday in what will be the last game played at Easton Stadium for 37 days.

The Bruins will head to the Mary Nutter Collegiate Classic I for its next five games. UCLA’s first opponent comes in the form of unranked UC Santa Barbara (4-1) on Saturday night.