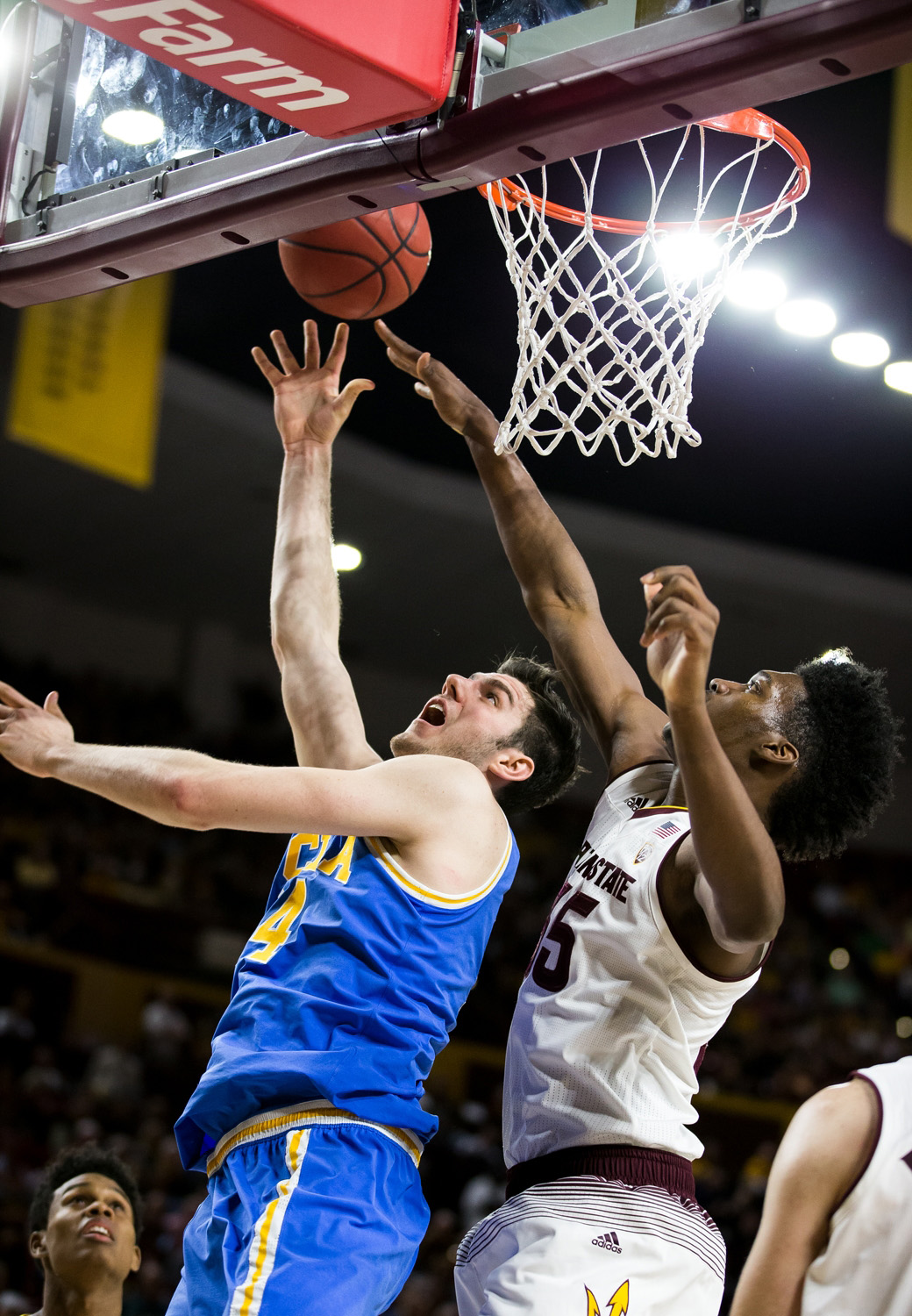 UCLA’s winless trip to the Oregon schools a month ago spurred a lineup change by coach Steve Alford.

Now with his team back in rhythm and coming off a momentous win at then-No. 13 Arizona last week, Alford has a different message in mind.

“When you’ve got three weeks left and you’re playing somebody who’s beaten you already, they’ve got your attention,” Alford said. “We’re playing two teams that have already beaten us, so it’s about trying to right that ship.”

“I feel mixed about it,” said senior forward GG Goloman. “I’m very excited. I hope we get these two wins, it’s very important for us, first of all. It just all seems so quick, it’s been four years already and it’s time to move on, but at the same time, you want to hold on to it.”

Welsh only attempted one 3-pointer in his first three years, and now he’s morphed into a 37.5 percent 3-point shooter on about 3.2 attempts per game.

“Bigs don’t want to come out (to the arc), so they usually hedge,” said junior guard Aaron Holiday, who’s run his fair share of pick and rolls with Welsh. “If they long hedge, I just throw it back and (Welsh) is usually open. He can knock it down at a high level, so that helps us a lot.”

Holiday and Welsh were the only UCLA players who scored double figures in their loss to Oregon State, but the Bruins’ problems extended past the offensive end that night.

They surrendered a whopping 18 offensive rebounds, and five Beavers scored in double figures. Alford said redshirt sophomore guard Prince Ali is someone who can help in both categories with his length and physicality.

Offensively, however, is where Ali has been stuck in a rut. He shot 30.4 percent on 3-pointers and 38.8 percent overall from the field in the last eight games after starting the year by making nearly 45 percent of his attempts from beyond the arc and 48.8 percent of his total shots.

His struggles have also ceded his starting spot to freshman guard Jaylen Hands in the past two games.

“The shots and whether making shots or getting shots, that will come through the flow and the ball just moving,” Alford said. “But the way (Ali) can defend, the way he’s capable of rebounding at the big guard position … Prince can help us with that.”

UCLA’s win at Arizona boosted it into the right side of the NCAA Tournament bubble, according to ESPN’s Joe Lunardi and CBS Sports’ Jerry Palm.

Lunardi slotted the Bruins as one of the last four teams in, putting them in a position to face Kansas State in a first round play-in matchup. Palm gave UCLA a more secure status as a No. 10 seed that will face Missouri in the first round.

One major change the NCAA selection committee implemented this season is separating wins and losses based on whether they came in home, road or neutral games. In the new system, the committee recognizes that road and neutral games are harder to win, and it divides a team’s schedule into four quadrants based on opponents’ RPI.

Another loss to Oregon State would mean UCLA has two losses in quadrant three games, a staggering blemish on an otherwise decent resume. Nonetheless, Holiday isn’t very worried about missing the NCAA Tournament.

“I think we’re going to get it done,” Holiday said Saturday. “We’ve played together, figured out we’re a great team.”