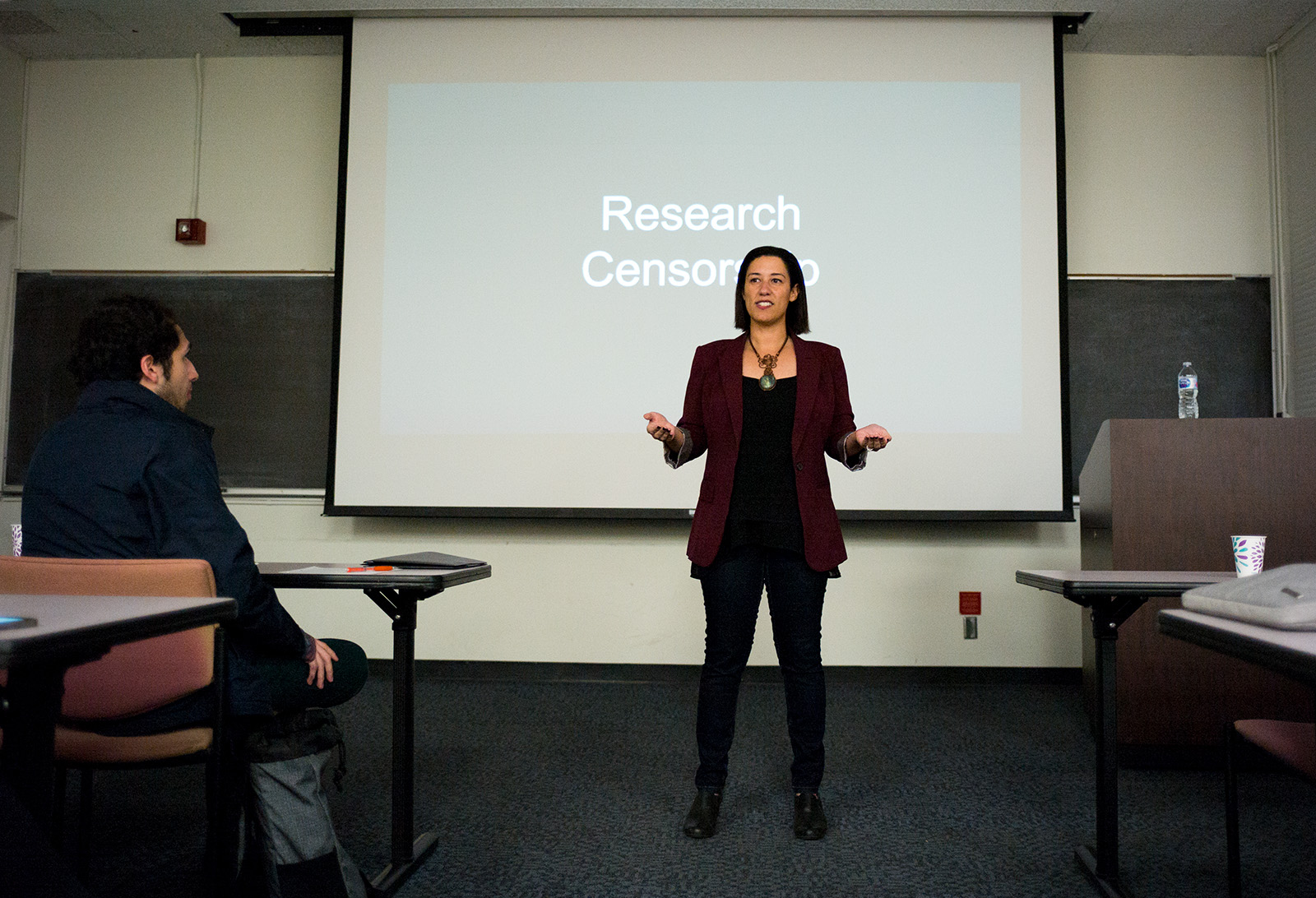 The UCLA Science Policy Group is an organization made up of undergraduate and graduate students who organize events to advocate for more scientific input in public policy. (Ken Shin/Daily Bruin staff)

A California State Assembly candidate discussed the importance of combating censorship in scientific research at an event at Boyer Hall on Monday.

The Science Policy Group is an organization made up of undergraduate and graduate students that organizes events to advocate for more scientific input in public policy. Jennifer Tribble, a neuroscience doctoral student and president of the organization, said the group is concerned that the current presidential administration does not value evidence-based research.

“For scientists who want to be politically active, it is important to attend events like this and learn how to influence legislation,” she said.

Elizabeth Reid-Wainscoat, a graduate student in ecology and evolutionary biology and one of the group’s government engagement officers, said science censorship occurs when institutions skew research to further a specific political ideology rather than reflect the truth.

She added private corporations such as oil and tobacco companies often fund scientific research studies to influence public opinion and draw attention away from the negative effects – such as climate change and lung disease – that can stem from their products.

She added certain politicians are more hesitant to fund groups such as the National Science Foundation because they help support climate change research; this could affect the economic interests of their corporate supporters, such as oil companies.

Reid-Wainscoat said institutions and policymakers also use allotment of funding to censor certain areas of research in order to influence what information is gathered and published. In turn, this affects the scientific topics that are eventually shared with the public, and this has a strong influence on the average person’s knowledge of science. By funding certain universities and institutions over others, politicians alter how resources are allocated and can indirectly affect where researchers choose to study.

“If our government is sending a message that it doesn’t support science, our universities won’t be funded, and talent will go (toward private research),” she said.

Piquado said her work as a policy analyst for the RAND Corporation in Santa Monica gave her the opportunity to prevent scientific censorship through reviewing project proposals and directing more funding toward research. She added her experiences in gathering evidence to write pieces of legislation, such as a bill to help ex-felons become self-sufficient, fueled her interest in policymaking.

“My role while working in government has given me the opportunity to reduce censorship and to get this information out for the good of the public,” she said.

Piquado, in her bid for the California State Assembly, hopes to reduce science censorship in the state government. She plans to encourage children to pursue a science education. Her advice to current science students is to reach out to their local legislators and support an administration that values science.

“As scientists, it’s important to amplify our voices and make sure that we’re heard by local politicians,” she said.