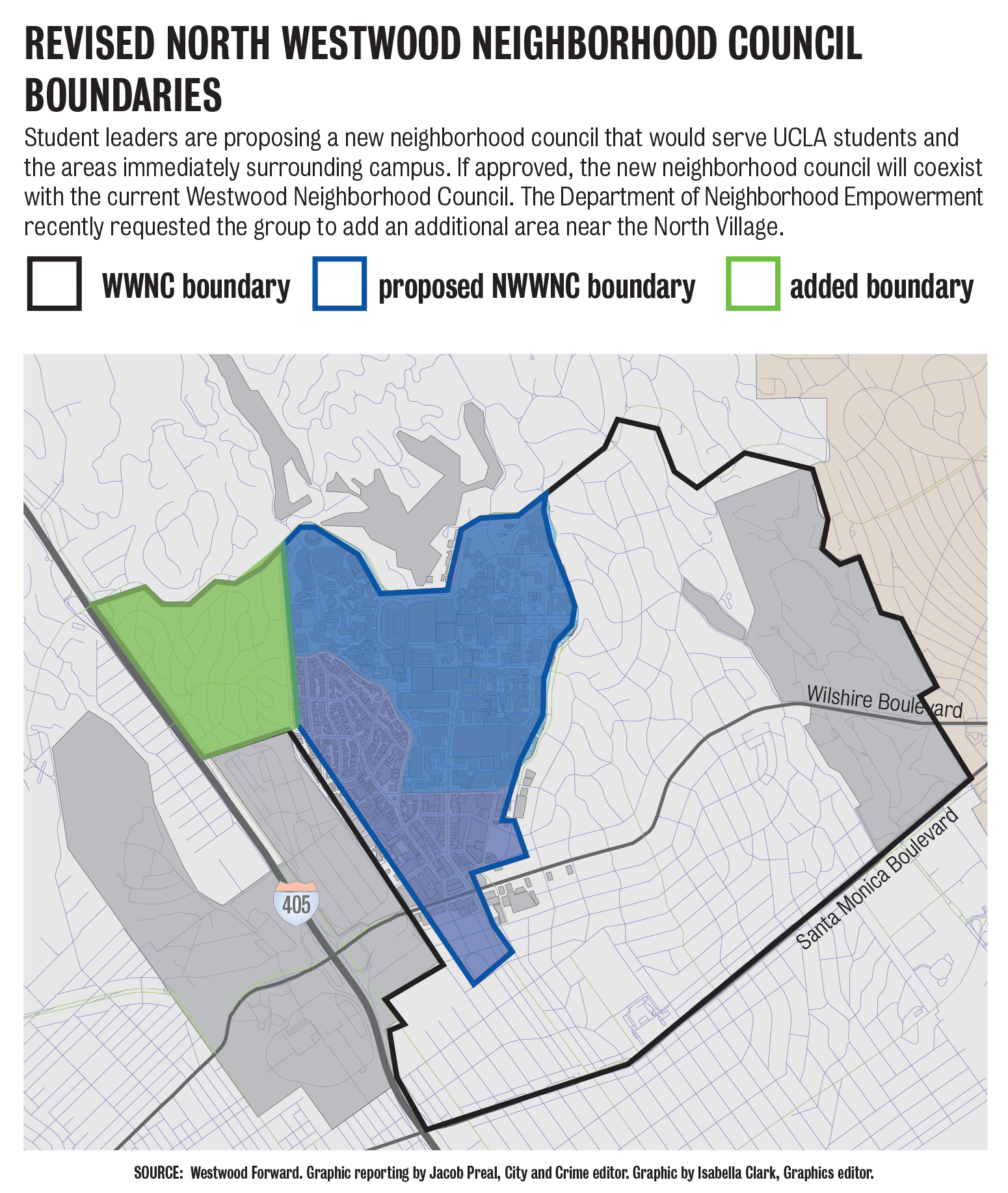 Students may soon be able to vote to approve a new neighborhood council for Westwood.

The department and the board will host a town hall meeting in Westwood on Feb. 26 to formally review the coalition’s application and determine whether to hold an election to create a new council. If the department and the board approve the application, students may be able to vote to approve the new council in an election May 22, said Michael Skiles, Graduate Students Association president and Westwood Forward organizer.

Los Angeles’ subdivision process allows groups to propose breaking up neighborhood councils by submitting applications that include proposed boundaries, bylaws and a petition from individuals working or living in the area.

If the department and the board accept the application, individuals who live or work within the proposed council’s boundaries could vote to create a new council.

Zahra Hajee, Undergraduate Students Association Council’s Facilities commissioner and another Westwood Forward organizer, said student leaders created the coalition because they feel the current Westwood Neighborhood Council does not represent students’ interests. The coalition is also calling for Westwood to have more nightlife and affordable housing, she said.

In a letter addressed to Westwood Forward, Mike Fong, director of policy and government relations for the department, requested the coalition include areas bounded to the west by Interstate 405 and to the north by Sunset Boulevard in its boundaries. The council’s boundaries originally only included Westwood Village, the North Village and UCLA’s campus.

Skiles said the coalition agreed to accept the department’s requests and modified their application to include the area. He added the group did not initially include the area in its boundary because it felt residents in the area were not interested in the new council. The area has 605 single-family homes in addition to a few student apartments, Skiles said.

He added although the businesses in the additional area are already developed and do not have as many vacancies as Westwood Village, the coalition plans to continue to work with them and advocate for their interests.

Hajee said that because the coalition added the area to their boundaries, the department may require Westwood Forward to add additional polling locations for the election to approve the new council.