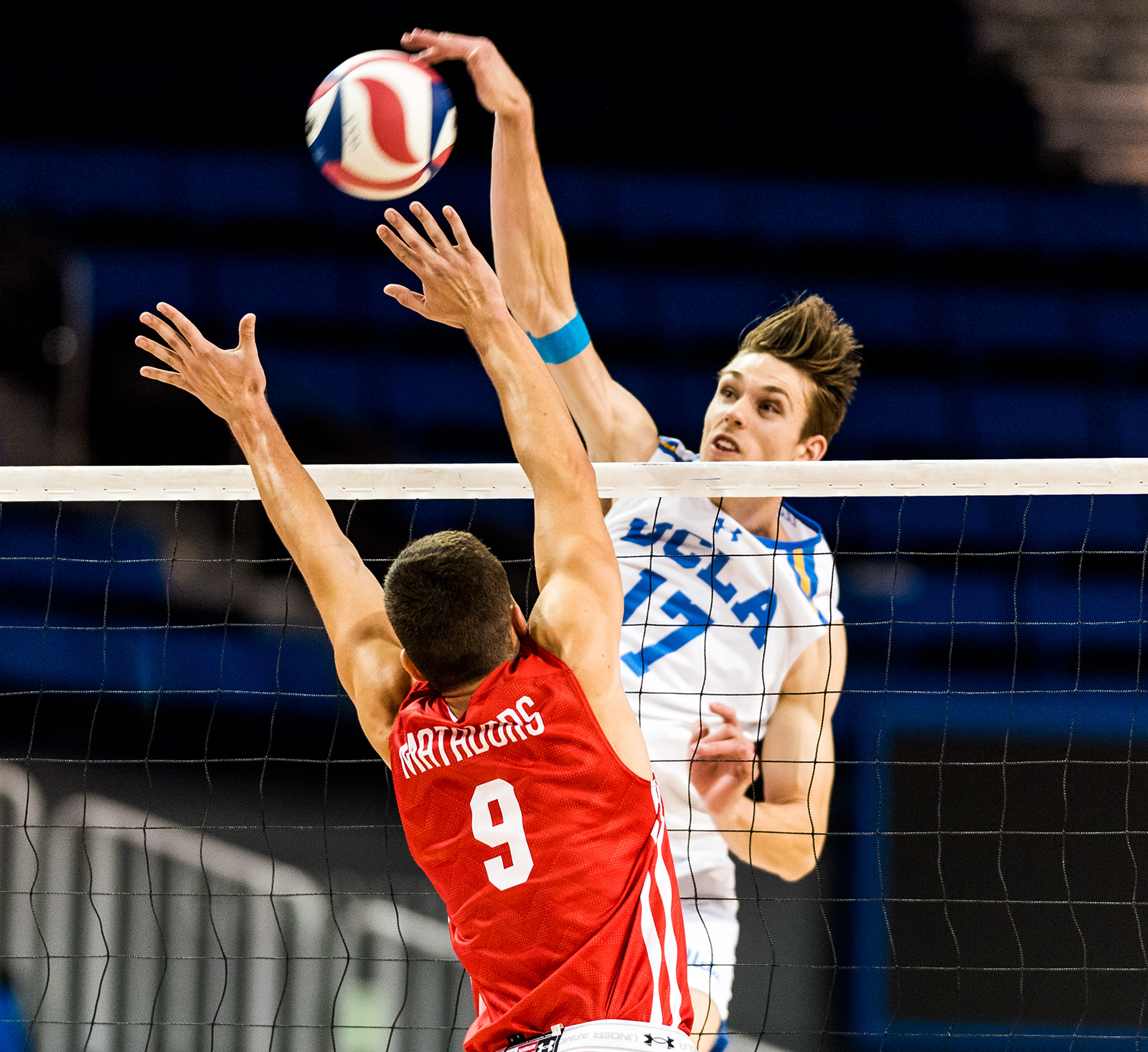 UCLA men’s volleyball swept its opponent for the second time in three days with a victory over Grand Canyon.

Junior setter Micah Ma’a had over 40 assists for the seventh time this season, with 17 in the first set alone. Coach John Speraw said the passing on display from Ma’a and others was some of the best he’s seen this season, and a factor behind the win.

“We were going to have to pass, ball control and block, and we talked a lot about those things and we did a great job,” Speraw said. “We passed the ball so well tonight and we did a great job at the back and took advantage of a lot of things going on. It was one of our cleaner, well-played volleyball matches of the season.”

The Bruins also played stout defense against a deep offensive team – the Antelopes have been averaging 11.7 kills per set and hitting for .311. The Bruins finished with 10 team blocks, more than double the 4.5 of the Antelopes.

Grand Canyon played a variety of hitters and continued to change its lineup, with six players hitting over 0.200. Outside hitters Cullen Mosher and Luke Turner led the team with seven kills each.

“Obviously, it’s kind of tough to memorize a gameplay for six guys, but especially when they cycled through eight or nine guys,” said senior opposite Christian Hessenauer. “We definitely had help from the staff obviously and they kept up to date about what a certain guy was doing and we just had to keep listening.”

Hessenauer led the team with five kills in the first set, closely followed by sophomore middle blocker Daenan Gyimah with four. Gyimah would finish hitting for .667, with nine kills from 12 attempts.

“We had to just slow down their offense and get our points when we could,” Gyimah said. “They were a tough team, so we had to take those opportunities when they presented them to us.”

Set two was much of the same as the first, with UCLA coming back from a 2-0 deficit to hold the lead the rest of the set. The set finished with an attacking error from Grand Canyon which spiraled into the home fans’ seats to make the score 25-18.

Hard-hitting serving continued to be a main component of UCLA’s offensive game. With 101 aces over the course of the season so far, the team had five on Saturday, including three from Gyimah.

“I’ve been working with a couple new things with my serve so when it’s in, it’s good, but when it’s out and doesn’t line up, there will be errors,” Gyimah said. “I just need to get rid of some of the errors, but it was pretty good tonight.”

The Bruins entered the third set with a favorable advantage and never trailed in the final set, clinching the match with an ace from Gyimah to make the score 25-18.

“I was really pleased with consistent focus and I thought that we were dialed in from the first serve all the way to the end,” Speraw said. “No matter the lead, no matter the circumstances.”

UCLA continues its conference schedule against crosstown rival No. 14 USC on Wednesday at Pauley Pavilion.