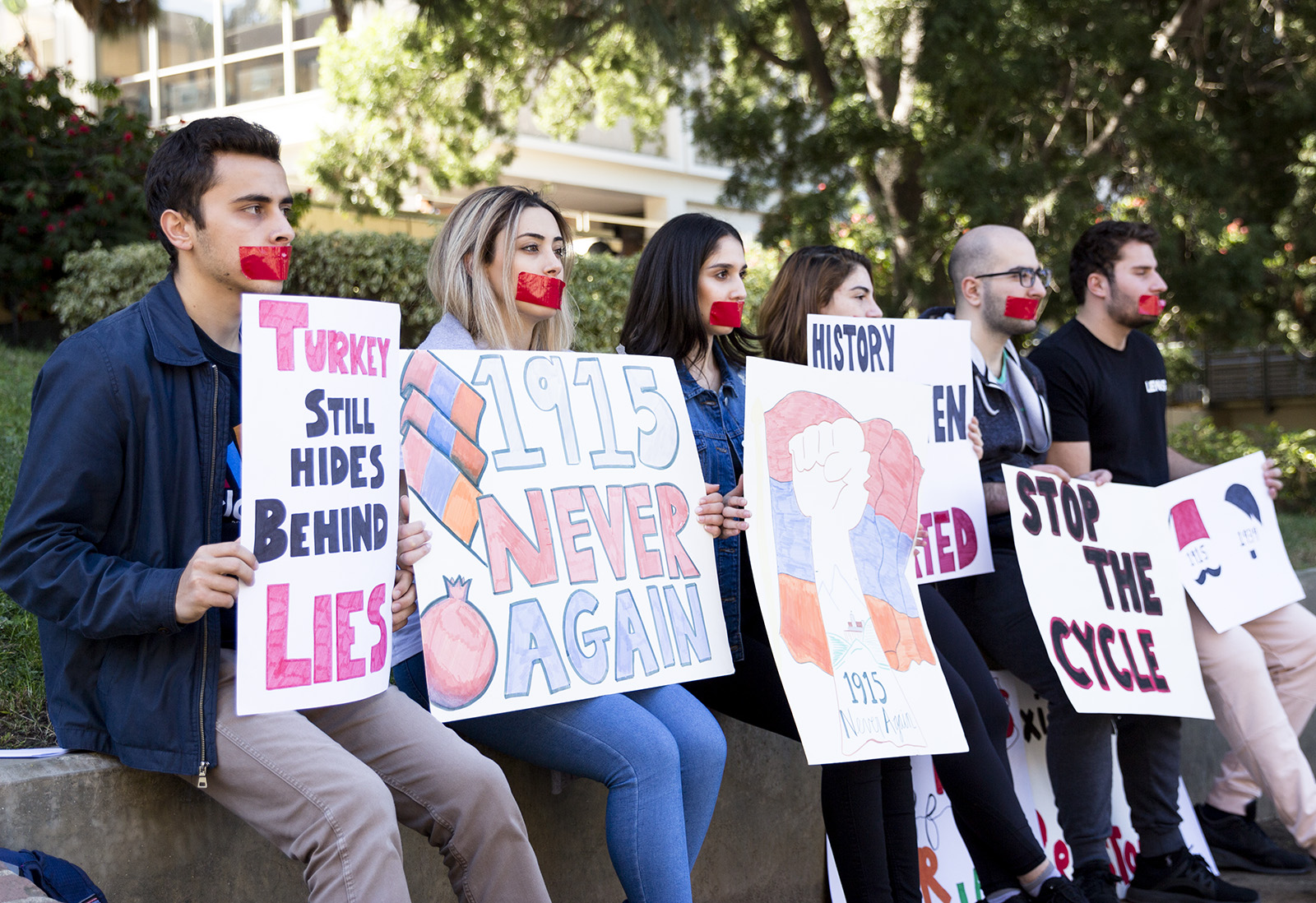 Members of the Armenian Students’ Association at UCLA held signs and duct taped their mouths for their annual “Stain of Denial” silent protest on Bruin Walk on Thursday. The protest aimed to call attention to what the organizers said was the denial of the Armenian genocide by various governments, including the Turkish and United States governments. The Ottoman Empire, which included modern-day Turkey, killed 1.5 million Armenians in 1915, said Ara Mandjikian, ASA’s director of political activism. He added he hopes the protest will inform students about what happened to Armenians during the genocide because they can help shape future U.S. policies. Although the genocide is traditionally commemorated April 24, Mariam Khachatrian, ASA internal vice president and All-Armenian Student Association chair, said event organizers wanted to hold several events throughout the year to recognize the genocide. All-ASA also holds silent protests annually at college campuses across the United States, including Harvard University, Yale University and Georgetown University.