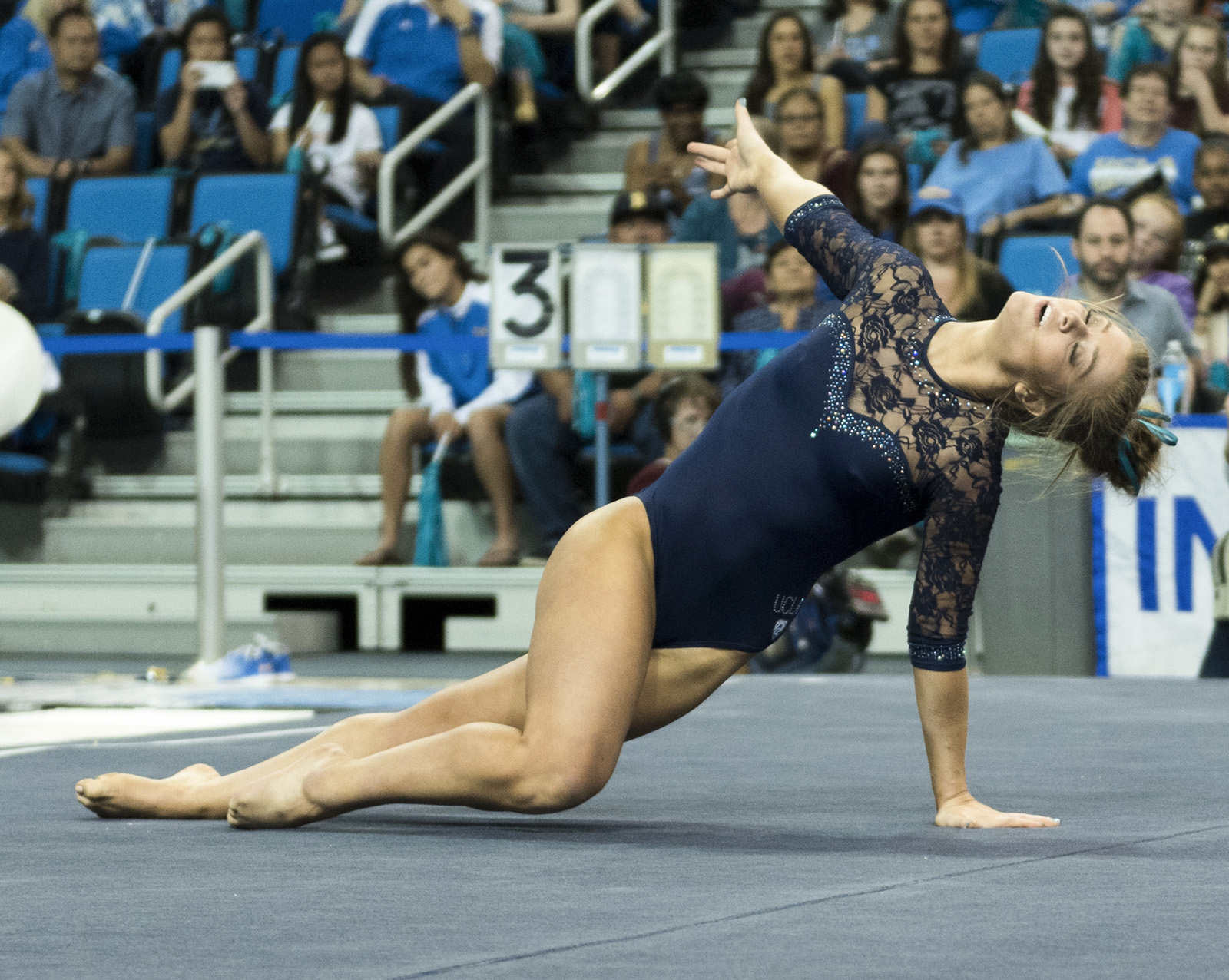 Sophomore Gracie Kramer scored a 9.875 on floor exercise against Oklahoma on Sunday.
Kramer will make her collegiate debut on balance beam this Saturday at California. (Michael Zshornack/Photo editor)

Despite UCLA suffering its first loss of the season against Oklahoma last week, there was a positive atmosphere in Pauley Pavilion.

“They are not happy they didn’t win that meet,” said coach Valorie Kondos Field. “Had we won it, this week would have been much harder to get them up and motivated, but it hasn’t been hard at all. This is one of the best weeks of training we’ve had.”

That said, the focus of the upcoming meet will not be on posting a big score. Kondos Field plans to make multiple changes to the Bruins’ lineup.

One change in particular will come on the balance beam, where sophomore Gracie Kramer is slated to compete for the first time in the event in her collegiate career.

Some freshmen will also get their first taste of official competition.

“I think it’s a great opportunity for the girls that having been watching (during the meets),” said junior Brielle Nguyen. “The freshmen will have an opportunity to step up.”

While the coaching staff can evaluate the bench athletes’ abilities to contribute to the season’s final stretch, a lower score could affect the team’s ranking.

UCLA currently sits fourth in the national rankings – less than three-hundredths of a point behind LSU – and leads Florida by a similar margin.

Kondos Field said she is unconcerned with the standings.

“We may drop in the rankings, but we can come back the next few weeks if we do our job,” Kondos Field said.

The primary focus remains on resting the team’s usual starters and seeing what the roster’s depth has to offer.

“I think it’s an amazing opportunity to really let the girls who have been competing week after week rest, but also allow the ‘Plan B’ team and the second groups to have a chance to compete and get some experience and enjoy the sport of gymnastics,” Kramer said.